The emergence of the BRICS corresponded to the desire of these emerging states to play a greater role in the world. BRICS members account for a significant portion of world share in terms of population, territory size and importance of their economies. However, their overall economic development is still disproportional to their national endowments and aspirations as global leaders.

Consequently, BRICS are politically underrepresented in today’s world. Some of them, endowed with a large population, represent a mere 3% of per capita GDP compared with other superpowers. Despite the recent decolonization that certain BRICS have experienced, they have a long way to go before attaining their rightful international positions. The BRICS constellation is meant to address these deficits.

In a globalized world, all BRICS states are actively engaging the world to boost their economy, including collaborating with industrialized countries. This indeed has facilitated their fast growth in the past decades.

Meanwhile, there are ample opportunities for BRICS nations to work together, as they benefit more or less from their own complementarities in terms of capital and human resources, production and consumption forces, plus varied technological stocks suited to their needs.

An improved economic cooperation among BRICS states could promote their common voices to advance global equality and fairness.

For political and developmental issues, such as dealing with the Libya and Syria cases, as well as coping with global warming, BRICS nations have their perspectives, which deserve proper respect. By striking a balance with the industrialized countries, the emergence of BRICS promises to improve the world through stronger global governance.

It is clear that the BRICS nations do not share the same views at all times. Nevertheless, through better cooperation, they are better poised to reduce tensions and enhance trust. The fourth BRICS summit in India is likely to deepen their dialogue regarding financial and banking collaboration by achieving a commitment to conducting more trade with domestic currencies at a time of global economic downturn. Incrementally, BRICS will take their rightful place in world economy and politics. 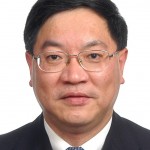