‘We have yet to tap the full persuasive power of gaming.’ – Ian Bogost

Traditional media engages its audience by taking them on a journey. We start with the individual, and follow their story as it unfolds.

Gaming is about systems of behaviour, not stories about people. Whether it is building a simulated city, negotiating the politics of nutrition, or Wired Magazine’s Cutthroat Capitalism, a Somali Pirate hostage negotiation game, video games provide an environment with rules, conditions and connections in which the game is played out. The gamer travels through the experience making choices, with options, consequences and implications.

In this way, games represent how real and imagined systems work, inviting players to interact within those systems, and form judgments about them as they do, getting people to think and see differently and be open to new ideas.

Video games embrace complexity, giving gaming a new kind of persuasive power  that is particularly potent in today’s world, where so many issues we face and problems we have to solve are about systems: financial systems, climate change, global pandemics.

We have yet to tap the full persuasive power of gaming. 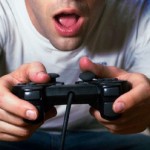 Ian Bogost is a Professor and Director of the Graduate Program in Digital Media at the Georgia Institute of Technology, Atlanta.

Ian’s interest focuses on computational media, particularly video gaming: and its potential to persuade, inform, titillate and make information interactive in the fields of politics, the arts, advertising and education. He puts theory to practice as a Founding Partner of an award winning video games studio, Persuasive Games, which makes games on social and political issues.

Ian balances his research and business interests with an eclectic range of other activities, including as a philosopher, critic, designer and photographer. His academic career originally sprung from an interest in poetry, including European modern, contemporary American and Greek Lyric.

IdeasLabs are a unique format presented at World Economic Forum meetings around the world. In each IdeasLab, leading thinkers from the world’s top academic institutions present their current thinking, and the audience and their colleagues interact on their ideas.