The heart of the US election 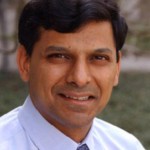 A real debate is emerging in America’s presidential election campaign. It is superficially about health care and taxes. More fundamentally, it is about democracy and free enterprise.

Democracy and free enterprise appear to be mutually reinforcing – it is hard to think of any flourishing democracy that is not a market economy. Moreover, while a number of nominally socialist economies have embraced free enterprise (or “socialism with Chinese characteristics,” as the Chinese Communist Party would say), it seems to be only a matter of time before they are forced to become more democratic.

Yet it is not clear a priori why democracy and free enterprise should be mutually supportive. After all, democracy implies regarding individuals as equal and treating them as such, with every adult getting an equal vote, whereas free enterprise empowers individuals based on how much economic value they create and how much property they own.

What prevents the median voter in a democracy from voting to dispossess the rich and successful? And why do the latter not erode the political power of the former? Echoes of such a tension are playing out as President Barack Obama tries to tap into middle-class anger, while former Massachusetts governor Mitt Romney appeals to disgruntled businesspeople.

One reason that the median voter rationally agrees to protect the property of the rich may be that she sees the rich as more efficient managers of that property. So, to the extent that the rich are self-made, and have come out winners in a fair, competitive, and transparent market, society may be better off allowing them to own and manage their wealth, while getting a reasonable share as taxes. The more, however, that the rich are seen as idle or crooked – as having simply inherited or, worse, gained their wealth nefariously – the more the median voter should be willing to vote for tough regulations and punitive taxes on them.

In today’s Russia, for example, property rights do not enjoy widespread popular support, because so many of the country’s fabulously wealthy oligarchs are seen as having acquired their wealth through dubious means. They grew rich because they managed the system, not because they managed their businesses well. When the government goes after a rich oil tycoon like Mikhail Khodorkovsky, few voices are raised in protest. And, as the rich kowtow to the authorities to protect their wealth, a strong check on official arbitrariness disappears. Government is free to become more autocratic.

Now consider a competitive free-enterprise system with a level playing field for all. Such a system generally tends to permit the most efficient to acquire wealth. The fairness of the competition improves perceptions of legitimacy.

Moreover, under conditions of fair competition, the process of creative destruction tends to pull down badly managed inherited wealth, replacing it with new and dynamic wealth. Great inequality, built up over generations, does not become a source of great popular resentment.

On the contrary, everyone can dream that they, too, will become rich.

When such aspirations seem plausible, the system gains added democratic support. The rich, confidant of popular legitimacy, can then use the independence that accompanies wealth to limit arbitrary government and protect democracy. Free enterprise and democracy sustain each other.

There is a popular belief that democratic systems support property and enterprise because votes and legislators can be bought, and the capitalists have the money. But that view is probably wrong. As Russia suggests, without popular support, wealth is protected only by increasingly coercive measures. Ultimately, such a system loses any vestige of either democracy or free enterprise.

Back, then, to America’s presidential election. The recent crisis, followed by huge bailouts of financial institutions, has raised questions about how at least one segment of business – the bankers – make their money. As the misdeeds of “banksters” come to light, the system no longer seems fair.

Moreover, the American Dream seems to be slipping out of reach, in part because a good education, which seems to be the passport to prosperity, is increasingly unaffordable for many in the middle class. This erodes support for the free-enterprise system.

Obama understands this, which explains his appeal to, and focus on, the middle class. He is the standard bearer for democracy.

On the other hand, successful professionals and entrepreneurs believe that they have come by their wealth legitimately. They are the working rich, and dislike the growing burden of regulations and the prospect of higher taxes. They feel like they are being blamed for their success, and they resent it. Romney understands that America’s strength relies heavily on free enterprise.

Ordinarily, there would be no contest here. The weight of votes in the middle class would carry the day. The middle class, however, is divided: some want to protect whatever entitlements and property they already have, while others want the government to give them a fairer chance. Moreover, the Supreme Court’s Citizens United decision in 2010, which allows unlimited independent political expenditure by organizations like corporations or unions, has helped Romney more than Obama.

Whatever the outcome of the election, the tension between democracy and free enterprise that is central to it does not bode well for either. A free-enterprise system that is sustained only by the moneyed power of the successful is not stable, and unlikely to remain vibrant for long.

The United States needs to restore the possibility of achieving the American Dream for its middle class, even while it reaffirms the historically light regulation and relatively low tax burden that have allowed enterprise to flourish. The virtue of democracy is that debate may lead to just such a consensus. We can only hope.

Author: Raghuram Rajan is Professor of Finance at the University of Chicago School of Business.

Published in collaboration with Project Syndicate.

Pictured: A farmer climbs into the hay loft of a barn in New Hampshire. Farmers in the United States are part of an ever shrinking American middle class. REUTERS/Brian Snyder