The World Economic Forum’s Global Agenda Outlook 2013, released this week at the Annual Meeting in Davos, states that 53% of respondents from the Middle East and North Africa expect political stability in their region to decrease this year. While over half of the Members of the Global Agenda Councils from the Middle East and North Africa are pessimistic about the future, many from the region itself were surprised that the figure was not higher. 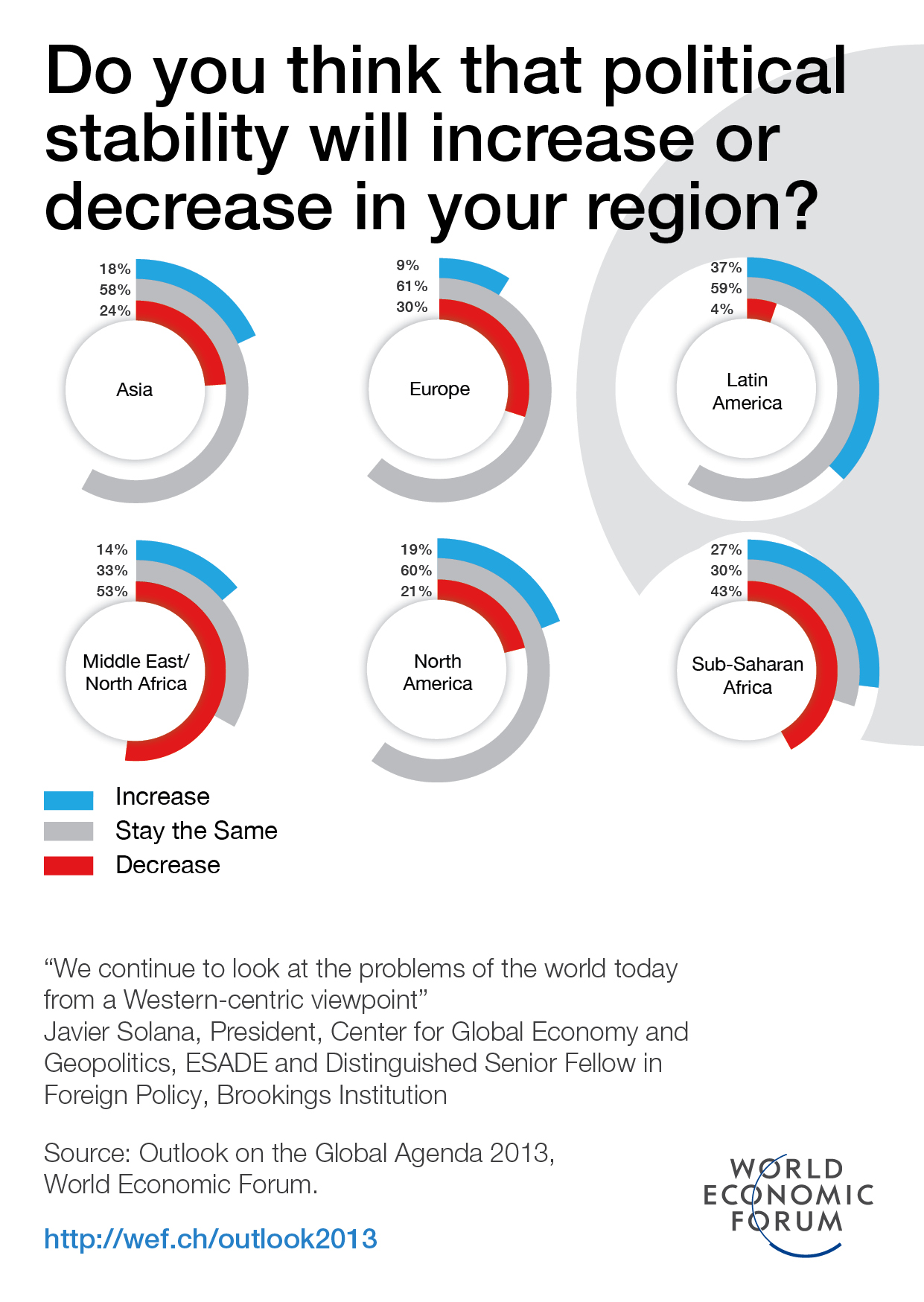 In January 2011, the world watched as revolutions in Tunisia and Egypt were unfolding. Those participating at the Annual Meeting in Davos that year hardly knew what to predict for the coming months and years. One thing, however, was clear – the Arab world had changed forever.

The impact of these events is still unclear as change continues to unfold. While change is perhaps the one constant that can be banked on in the Middle East and North Africa, the ability to drive this change in a positive manner is lacking.

The urgent need for a new social contract in many Arab countries – which emphasizes citizens’ rights and responsibilities – has been discussed at length. But, the principles have not been implemented in any of the countries that witnessed the uprisings of the last two years. On the contrary, the region faces mounting problems as the crisis in Syria worsens and the threat of extremists grows in North Africa. Structural challenges such as youth unemployment, bad governance, judicial reform and lack of transparency are among the outstanding issues.

Pessimistic trends, due to the political disorder, threat of war and uncertain economies continue to dog the Middle East and North Africa as a region, despite the positive indicators demonstrated by a few countries like Turkey and Morocco.

There are changes in outlook and attitude within varying groups, from street demonstrators to entrepreneurs. This means that the 14% who think stability will increase in the region, according to the Global Agenda Outlook 2013, may be a growing minority.

Author: Mina Al-Oraibi is Assistant Editor-in Chief-of Asharq Alawsat. She is a Young Global Leader and a Member of the Global Agenda Council on the Arab World.