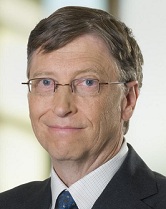 SEATTLE – Usually, “optimism” and “realism” are used to describe two different outlooks on life. But I believe that a realistic appraisal of the human condition compels an optimistic worldview. I am particularly optimistic about the potential for technological innovation to improve the lives of the poorest people in the world. That is why I do the work that I do.

Even so, there is one area of technology and global development where reality has tempered my optimism: the idea that cellphones would revolutionize life in developing countries. A decade ago, many people believed that the proliferation of mobile devices in Africa would mean a short leap to digital empowerment. It didn’t. Digital empowerment is a long and ongoing process, and the mere existence of cellular technology does not immediately change how poor people meet their basic needs.

But now, after years of investments, digital empowerment is underway, owing to a confluence of factors, including growing network coverage, more capable devices, and an expanding catalogue of applications. As more people obtain access to better and cheaper digital technology, an inflection point is eventually reached, at which the benefits of providing digitally services like banking and health care clearly outweigh the costs. Companies are then willing to make the investments required to build new systems, and customers are able to accept the transition costs of adopting new behaviors.

Consider the example of M-Pesa, Kenya’s mobile-banking service that allows people to send money via their cellphones. M-Pesa first needed to invest in many brick-and-mortar stores where subscribers could convert the cash they earn into digital money (and back into cash). This real-world infrastructure will be necessary until economies become completely cashless, which will take decades.

Without omnipresent cash points, M-Pesa would be no more convenient than traditional ways of moving money around. At the same time, it was impossible to persuade retail stores to sign on as cash points unless there were enough M-Pesa subscribers to make it profitable for them.

This kind of bootstrapping is exactly what we had to do at Microsoft in the early years of the personal computer. No one wanted a machine unless there was software, and no one would create software unless there were machines. Microsoft convinced both hardware and software companies to bet on future volume by showing how our platform would change the rules.

There have been many successful small-scale pilot programs using cellphones. But examples of large-scale, self-sustaining programs powered by digital technology, like M-Pesa, are harder to find, because the key pieces have not been put into place to enable the required work to advance beyond the limits of controlled experiments.

Digitally-enabled health care, or mHealth, is one area that has been slow to emerge, because it is difficult to build a great platform and then convince everybody in a health system that it is worth using. If some health workers use cellphones to send information to a central database, but others do not see the value, the digital system is incomplete – and thus just as flawed as the current paper system.

The most promising mHealth project that I have seen, called Motech, focuses on maternal and child health in Ghana. Community health workers with phones visit villages and submit digital forms with vital information about newly pregnant women. The system then sends health messages to the expectant mothers, such as weekly reminders about good pre-natal care. The system also sends data to the health ministry, giving policymakers an accurate and detailed picture of health conditions in the country.

Those working on AIDS, tuberculosis, malaria, family planning, nutrition, and other global health issues can use the same platform, so that all parts of a country’s health system are sharing information and responding appropriately in real-time. This is the dream, but it works only if frontline workers are inputting data, health ministries are acting on it, and patients are using the information that they receive on their phones.

I realized that things were taking off when our partners on Motech started talking about burdensome network costs and simplifying the user interface. The application was really being used in the field, and the stickiest challenges were presenting themselves – which meant that the system had proved that it was valuable enough for people to put in the work to solve problems as they arose, instead of just reverting to the old system. This digital approach is now being extended to other regions, including Northern India.

A decade ago, people said that this would happen quickly. It didn’t, because the pieces just were not there. Now they are starting to come into place. It will take a decade to get certain applications into a lot of places, but the momentum will build and we will learn as we go. In the long run, the results will be just as transformative as we hoped, if not more so. Ultimately, when people are truly empowered, they will begin to use digital technology to innovate on their own behalf, building solutions that the established software-development community never considered.

Image: A man carrying out a money transaction via M-PESA in Nairobi REUTERS/Noor Khamis

These are 2021’s most innovative companies

The businesses that are recovering more quickly from the pandemic not only prioritize innovation, but ensure that the necessary systems, leadership and processes are in place.

Scientists at Purdue University in the US say they’ve created an ultra-white paint that can cool buildings by reflecting up to 98% of sunlight.

5 ways to reduce risk while fuelling IT innovation and growth