The top 10 emerging technologies for 2013

Find out about the top 10 emerging technologies for 2014 here.

New challenges need new technologies to tackle them. Here, the World Economic Forum’s Global Agenda Council on Emerging Technologies identifies the top 10 most promising technology trends that can help to deliver sustainable growth in decades to come as global population and material demands on the environment continue to grow rapidly. These are technologies that the Council considers have made development breakthroughs and are nearing large-scale deployment. 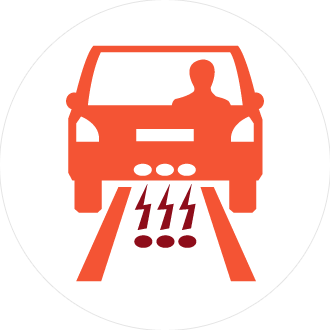 Wireless technology can now deliver electric power to moving vehicles. In next-generation electric cars, pick-up coil sets under the vehicle floor receive power remotely via an electromagnetic field broadcast from cables installed under the road. The current also charges an onboard battery used to power the vehicle when it is out of range. As electricity is supplied externally, these vehicles need only a fifth of the battery capacity of a standard electric car, and can achieve transmission efficiencies of over 80%. Online electric vehicles are currently undergoing road tests in Seoul, South Korea. 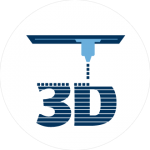 Three-dimensional printing allows the creation of solid structures from a digital computer file, potentially revolutionizing the economics of manufacturing if objects can be printed remotely in the home or office. The process involves layers of material being deposited on top of each other in to create free-standing structures from the bottom up. Blueprints from computer-aided design are sliced into cross-section for print templates, allowing virtually created objects to be used as models for “hard copies” made from plastics, metal alloys or other materials. One of the defining characteristics of living organisms is their inherent ability to repair physical damage. A growing trend in biomimicry is the creation of non-living structural materials that also have the capacity to heal themselves when cut, torn or cracked. Self-healing materials which can repair damage without external human intervention could give manufactured goods longer lifetimes and reduce the demand for raw materials, as well as improving the inherent safety of materials used in construction or to form the bodies of aircraft. Water scarcity is a worsening ecological problem in many parts of the world due to competing demands from agriculture, cities and other human uses. Where freshwater systems are over-used or exhausted, desalination from the sea offers near-unlimited water but a considerable use of energy – mostly from fossil fuels – to drive evaporation or reverse-osmosis systems. Emerging technologies offer the potential for significantly higher energy efficiency in desalination or purification of wastewater, potentially reducing energy consumption by 50% or more. Techniques such as forward-osmosis can additionally improve efficiency by utilizing low-grade heat from thermal power production or renewable heat produced by solar-thermal geothermal installations. Carbon dioxide (CO2) conversion and use

Long-promised technologies for the capture and underground sequestration of carbon dioxide have yet to be proven commercially viable, even at the scale of a single large power station. New technologies that convert the unwanted CO2 into saleable goods can potentially address both the economic and energetic shortcomings of conventional CCS strategies. One of the most promising approaches uses biologically engineered photosynthetic bacteria to turn waste CO2 into liquid fuels or chemicals, in low-cost, modular solar converter systems. Individual systems are expected to reach hundreds of acres within two years. Being 10 to 100 times as productive per unit of land area, these systems address one of the main environmental constraints on biofuels from agricultural or algal feedstock, and could supply lower carbon fuels for automobiles, aviation or other big liquid-fuel users. 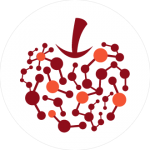 Enhanced nutrition to drive health at the molecular level

Even in developed countries millions of people suffer from malnutrition due to nutrient deficiencies in their diets. Now modern genomic techniques can determine at the gene sequence level the vast number of naturally consumed proteins which are important in the human diet. The proteins identified may have advantages over standard protein supplements in that they can supply a greater percentage of essential amino acids, and have improved solubility, taste, texture and nutritional characteristics. The large-scale production of pure human dietary proteins based on the application of biotechnology to molecular nutrition can deliver health benefits such as muscle development, managing diabetes or reducing obesity. The increasingly widespread use of sensors that allow often passive responses to external stimulae will continue to change the way we respond to the environment, particularly in the area of health. Examples include sensors that continually monitor bodily function – such as heart rate, blood oxygen and blood sugar levels – and, if necessary, trigger a medical response such as insulin provision. Advances rely on wireless communication between devices, low power-sensing technologies and, sometimes, active energy harvesting. Other examples include vehicle-to-vehicle sensing for improved safety on the road. Pharmaceuticals that can be precisely delivered at the molecular level within or around a diseased cell offer unprecedented opportunities for more effective treatments while reducing unwanted side effects. Targeted nanoparticles that adhere to diseased tissue allow for the micro-scale delivery of potent therapeutic compounds while minimizing their impact on healthy tissue, and are now advancing in medical trials. After almost a decade of research, these new approaches are finally showing signs of clinical utility. Organic electronics – a type of printed electronics – is the use of organic materials such as polymers to create electronic circuits and devices. In contrast to traditional (silicon-based) semiconductors that are fabricated with expensive photolithographic techniques, organic electronics can be printed using low-cost, scalable processes such as ink jet printing, making them extremely cheap compared with traditional electronics devices, both in terms of the cost per device and the capital equipment required to produce them. While organic electronics are currently unlikely to compete with silicon in terms of speed and density, they have the potential to provide a significant edge in cost and versatility. The cost implications of printed mass-produced solar photovoltaic collectors, for example, could accelerate the transition to renewable energy. Current once-through nuclear power reactors use only 1% of the potential energy available in uranium, leaving the rest radioactively contaminated as nuclear “waste”. While the technical challenge of geological disposal is manageable, the political challenge of nuclear waste seriously limits the appeal of this zero-carbon and highly scalable energy technology. Spent-fuel recycling and breeding uranium-238 into new fissile material – known as Nuclear 2.0 – would extend already-mined uranium resources for centuries while dramatically reducing the volume and long-term toxicity of wastes, whose radioactivity will drop below the level of the original uranium ore on a timescale of centuries rather millennia. This makes geological disposal much less of a challenge (and arguably even unnecessary) and nuclear waste a minor environmental issue compared to hazardous wastes produced by other industries. Fourth-generation technologies, including liquid metal-cooled fast reactors, are now being deployed                   in several countries and are offered by established nuclear engineering companies.

This list has been compiled by the World Economic Forum’s Global Agenda Council on Emerging Technologies, of which David King is currently chair. For a full list of the Council’s members see here