Book Review: Without Their Permission by Alexis Ohanian 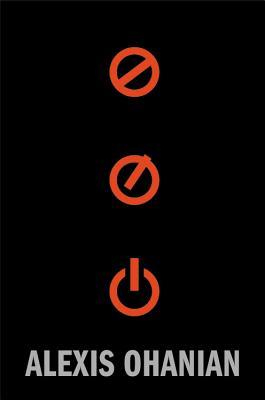 Named by Forbes Magazine as ‘The Mayor of the Internet’, Alexis Ohanian is the genial and engaging 30 year old founder of reddit.com – a top 50 website with a billion+ page views per month. His book, Without Their Permission is an excellent guide to creating and investing in tech start-ups; it debunks the myth of the wunderkind; while putting forward his view that the power of the internet will transform the global economy in a post financial crisis age.

Essentially, the book is an auto-biography, with some surprisingly tender personal revelations. The reader comes away feeling they’ve spent time with a friend, and frankly rooting for Ohanian’s on-going success. The story is divided into three main sections: developing a tech start-up; observations on becoming a successful investor; and how to marshal an effective social media campaign.

If you’re not familiar with reddit,(without a capital r,) it’s a content aggregation website that acts as a social networking platform. Anonymous users gather around topics of interest, and upload material to share and discuss. Topics range from the sublime to the offensive – but you get to choose your own interests, so it can be tailored to your taste and sensibility.

Reddit was founded in 2005 by Steve Huffman and Alexis Ohanian, and subsequently sold to Conde Nast – allowing both young men to fulfill the American dream of becoming millionaires before they were 30. Subsequently, the rambunctious website fell out with its patrician stable mates, and was brought under the protective umbrella of the parent company, Advance Publications, where Ohanian has been reinstalled on the board of directors.

His book, Without Their Permission describes the experience of conceiving and building reddit as a part of Paul Graham’s start-up accelerator program ‘Y Combinator’. While graciously acknowledging those who have contributed to his success, he demystifies the process of out-lining and creating tech start-ups – sprinkling his story with pragmatic advice to newcomers.

After the sale of the website, Ohanian returned to Y Combinator as an advisor and investor. The second part of the book details tech start-ups from an investor’s point of view, as he gains wide ranging experience not only in developing software, but also not-for-profit charities, publishing, and on-line music and video production.

But it’s in his final section, where he describes the internet’s fight for freedom in 2012 against the SOPA and PIPA legislation, that Ohanian is his most persuasive.

Ohanian became the face of the fight after going to Capitol Hill to lobby senators to abandon the legislation. Using both new and traditional media, he rallied over a million voices to his argument – culminating in the first Internet strike, when websites such as reddit and Wikipedia went ‘dark’ in protest. His actions ended in a trans-national bus trip on which delivered an old-school, in person message to traditional media, that they need to ‘adapt or die’.

Ultimately, his victory makes for a most excellent read, as he rightly points out that restricting the internet would represent the ‘wholesale destruction of one of the healthiest parts of America’s economy.’

Without Their Permission: How the 21st Century Will Be Made Not Managed is published by Business Plus.