How to manage house price booms

For the past decade, house prices have steadily increased in the vast majority of the 30 countries that make up the IMF’s House Price Index for Emerging Markets released today at aconference organized by the IMF and the Indian Institute of Management in Bangalore, India (Figure 1).

The index shows a lull in the aftermath of the global financial crisis, followed by an increase for nine consecutive quarters since 2012. This run-up—four times as fast as that in advanced economies—would be even more pronounced if the larger countries in the group such as China and India receive greater weight in the index. 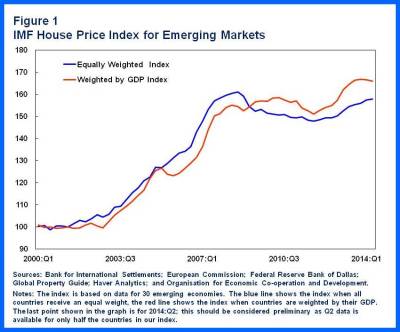 Is this steady increase in housing prices a cause of worry? History teaches us to be wary when house price surges are accompanied by booms in the availability of credit. Such ‘twin booms’ in house prices and credit are more likely to end in busts, and the recovery from those busts is slower and more costly in terms of lost income. 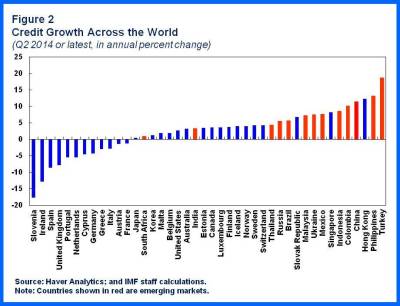 Policymakers are of course aware of these developments and are taking active steps to manage housing booms. This reflects a change in attitudes from the past, where the dominant view was that because it is difficult to identify and prick housing bubbles as they are developing, it is just better to clean up the mess after they burst. But policymakers now realize that they may not have a big enough mop to clean up after the fact.  Hence, many countries are trying both to limit the extent of the boom and the likely damage caused by a bust, even though the task remains arduous.

Along with monetary policy and microprudential policies, macroprudential policies form the trinity of policies that are being deployed. They include both broad-based tools—such as countercyclical capital buffers that protect the financial system from overall credit booms—as well as sectoral tools targeted at the housing market. These include:

These measures are ways to try to curb an unsustainable build-up of credit—and thus keep house price bubbles from emerging in the first place—or to make sure that in the event of a bust that lenders have adequate buffers. 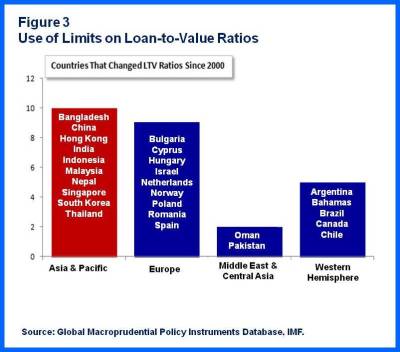 Emerging markets are active users of these tools. For instance, as shown in Figure 3, macro prudential tools have been actively used since 2000, including by many Asian economies.

What do we know about the effectiveness of such tools? A speech by IMF staff at the Bangalore conference provides evidence of overall success in curbing both credit growth and house price growth. But there are important nuances. Measures to curb credit growth were less effective when high demand for houses from foreign buyers using cash instead of borrowing from the banking system. Likewise, dampening house price acceleration was not always successful unless the measures were fairly targeted. For example, Korea had to specifically target the Gangnam (yes, thatGangnam) suburb to curb speculative pressures on house prices.

Stepping out of the bubble

Housing is not all about ‘bubbles’. In many emerging markets, developing housing finance systems and providing affordable housing remain key challenges. In fact, it is often the case (e.g., in many cities in India) that there is an excess supply of homes in the high-end segment of the market and lack of supply in the low and middle segment of the market. That is why the conference in Bangalore brings together not only experts on macroprudential policies, but some of the world’s leading experts on sustainable housing finance systems—including through public-private partnerships—and on managing urbanization.

The size of mortgage markets varies across countries. For instance, Brazil has a small mortgage market (under 5 per cent of GDP) while in Malaysia mortgage loans are over 30 percent of GDP. Analysis by shows that these differences in the size of mortgage markets can be traced to differences in legal systems (one which provides little protection for lenders results in fewer loans being made), the strength of credit information systems, how onerous the property registration process is, and the country’s history of macroeconomic instability.

‘Food, clothing, shelter’ (‘Roti, Kapda, Makaan’ in Hindi)—these are all basic necessities. The challenge for policymakers in many emerging markets is to provide homes for their people but to do so in way that people do not end up losing their shirts.

Author: Min Zhu is a Deputy Managing Director at the IMF.

Capital markets have a key role to play in helping the world reach its net-zero goals as they are central to steering partnerships and green investments.