5 reasons why we can beat corruption

“We have to do what our parents’ generation did not do…so that when they die, the corruption dies with them,” says Divine Anderson. Anderson is the young director of the Accountability Film School, which empowers Liberians to make documentaries about integrity issues in their communities and show these films to government officials at local video clubs and national film festivals. This helps them raise their voice, increase awareness, and generate demand for reform.

Across the world, the millennial generation is finding new tools to make people in power more responsible to citizens. New leaders like Anderson are fighting corruption in ways that are fundamentally changing societies that, in many places, have been deeply hierarchical, frustratingly opaque and unequal for hundreds of years. 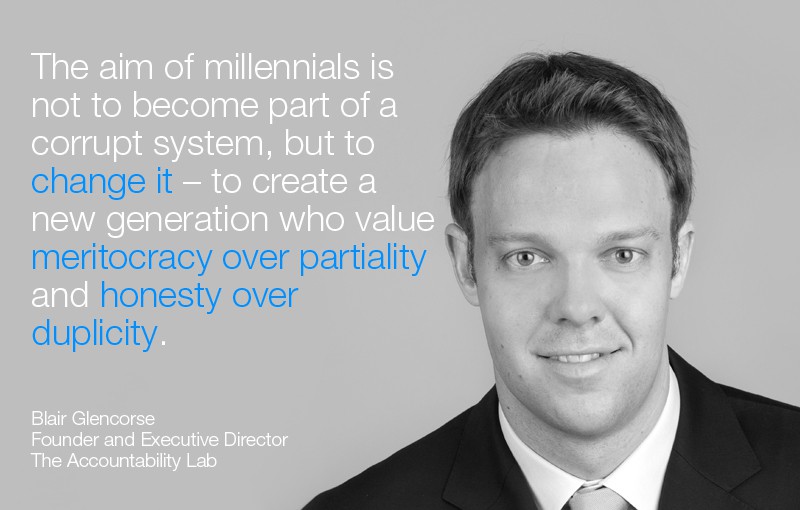 Corrupt officials are worried – and they should be. Young people are proving themselves to be hugely committed to working towards greater transparency, accountability and integrity in their countries. Here are five reasons why corruption is no match for the millennial generation:

Back in Liberia, Anderson and his team are working on a film festival to show films that focus on the corruption that they perceive to be contributing to the Ebola epidemic. “Our people are dying,” he says. “Corruption is killing us. Young people have to be responsible for building an honest future, or we won’t have one at all.”

The results of the survey, The Impact of Corruption: Perspectives from Millennial Voices, are available here.

Image: A man holds out bolivar notes as he offers to exchange currency at the border between Colombia and Venezuela at Simon Bolivar international bridge in San Antonio in the Venezuelan state of Tachira July 23, 2010. REUTERS/Carlos Garcia Rawlins