LGBT at work: time to smash the lavender ceiling

When Apple CEO Tim Cook announced to the world that he was gay, I was inundated by emails and telephone messages from executives around the world.

As an out executive at EY, everyone seemed to want to know what I thought this meant for lesbian, gay, bisexual and transgender (LGBT) inclusion on a global scale. Apple is, after all, number 5 on the Fortune 500 list. Was this the end of the “lavender ceiling”?

In his Bloomberg Businessweek article, Cook states: “So let me be clear: I’m proud to be gay, and I consider being gay among the greatest gifts God has given me. Being gay has given me a deeper understanding of what it means to be in the minority and provided a window into the challenges that people in other minority groups deal with every day.”

My own experience of being “different” is multifaceted. I was a woman, an introvert and closeted, with politics that tended to differ from peers in my heavily male, extroverted profession. Like Tim, these differences contributed to my natural propensity to be an inclusive leader, since I had experienced the minority position in many dimensions. Since coming out in 2011, I have been publicly truer to myself, and more authentic with others. Quite simply, it has made me a better leader. And being out in a leadership position in a global organization has provided me a platform to talk openly on a wide range of issues. 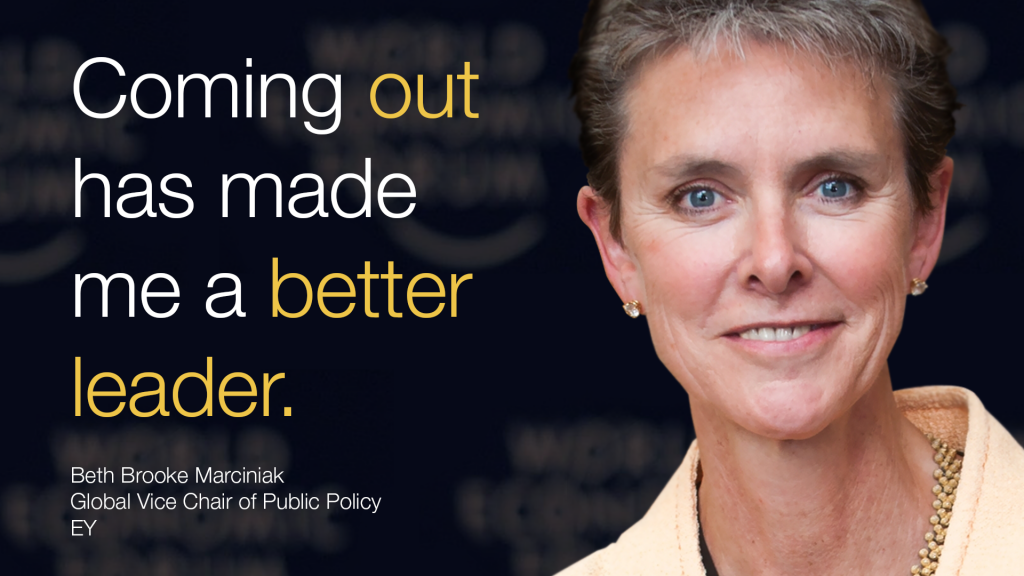 But LGBT inclusion differs around the world, country by country. According to Todd Sears, founder of Out Leadership, 90% of LGBT workers in Asia are closeted. There are 78 countries, including Uganda and Nigeria, where being gay is still illegal. Singapore recently upheld its stringent anti-homosexuality law. In Russia, on the same day Tim Cook made his announcement, a memorial to Apple founder Steve Jobs was dismantled, ostensibly to abide by a law combating “gay propaganda”.

And, in the US, while members of the same sex can marry in 32 states (and I did, to Michelle Marciniak, in April 2014 in New York), in 29 states it is still legal to fire someone based solely on their sexual orientation. In 34 states, it is legal to fire a transgender employee.

What can multinational companies do to further their LGBT inclusion strategies on a global level? I recently spoke in Japan about five things global organizations can do:

Tim Cook and I share many of the same attitudes about our LGBT identity. And I find his words apply equally to my journey. “[Being gay] has made me more empathetic, which has led to a richer life. It’s been tough and uncomfortable at times, but it has given me the confidence to be myself, to follow my own path, and to rise above adversity and bigotry.”

The lavender ceiling has been cracked, but there is nowhere in the world today where we can tick the global LGBT inclusion box as “done.” There is still much more to do.