Where are the women in global leadership? 7 charts

All around the world, women are too often absent in the top tiers of business, academia, politics and finance. These charts show where women are seriously underrepresented in positions of power:

Women are not well represented politically. They hold only 21.9% of positions in national parliaments worldwide.

There are also very few female mayors: in most regions in the world, fewer than one in 10 cities has a woman as a mayor. 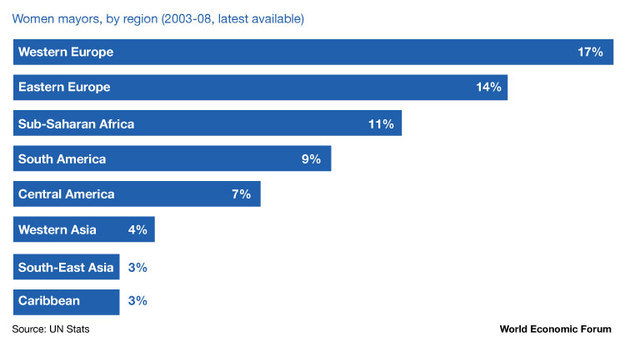 The world’s most powerful companies are mostly run by men. There are only 26 female CEOs in this year’s Fortune 500 companies, and only 54 in the top 1000. 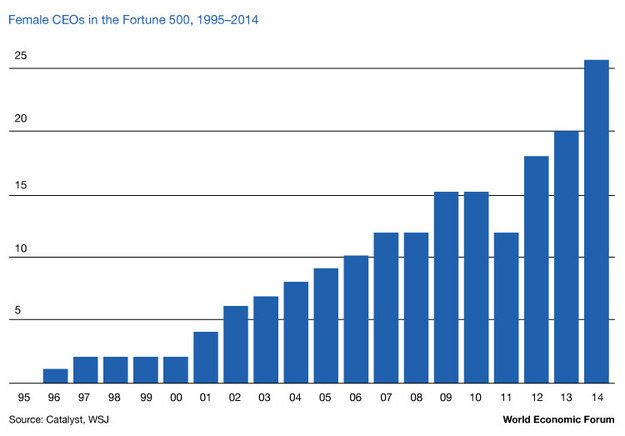 There are also more men university professors. In the United States (home to 46 of the world’s top 100 universities), women represent 41.8% of all full-time faculty. 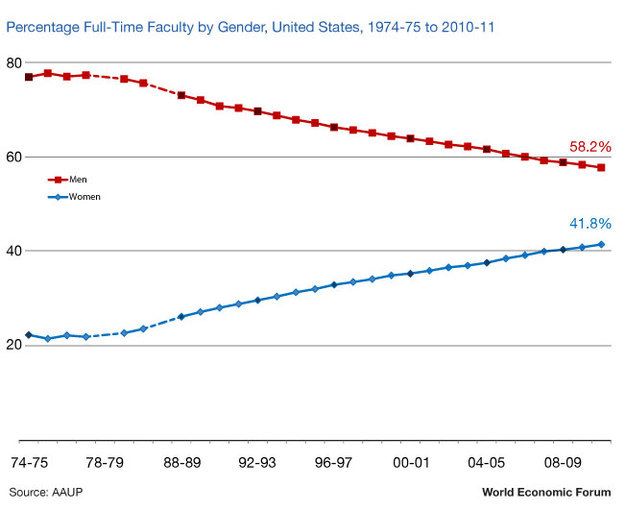 Despite nearing equality with men in full-time faculty positions, women are still seriously outnumbered at the top. In 2009, Only 28% of all full-time professor appointments were women and in 2010-11, women professors were paid 12% less than their male counterparts.

It may be obvious by now, but one of the reasons there are so few women in positions of power is because of a worldwide gender gap. No country has yet to close this gap. 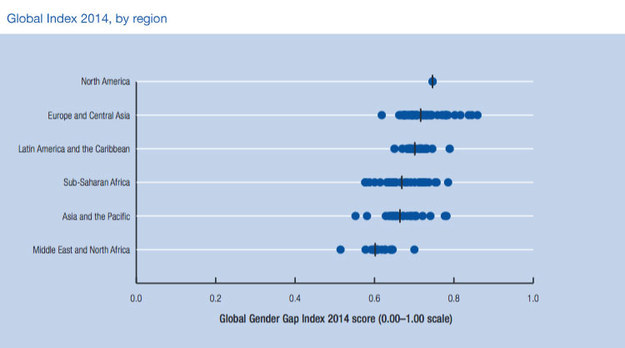 While most countries have nearly closed the gender gap in health and survival, there is still a long way to go for most regions when it comes to political empowerment. 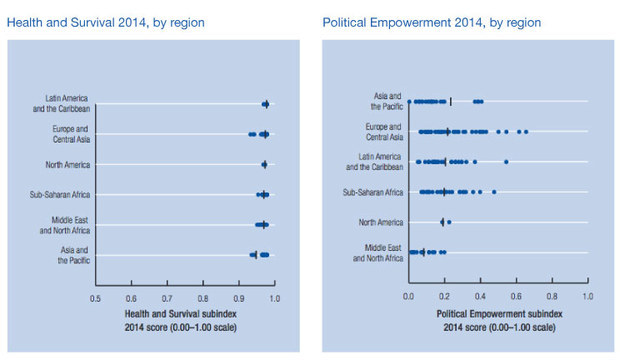 All of the charts featured in this blog post are from The World Economic Forum’s Gender Gap 2014 report.