What are all the ways Greece’s bailout crisis could end?

The Greek government’s painful negotiations for its next tranche of bailout money are dragging on and on. Prime Minister Alexis Tsipras now says he expects a deal within the next couple of weeks — of course, finance minister Yanis Varoufakis also said that he expected a deal by April 24.

Wolfango Piccoli at Teneo Intelligence has laid out in simple terms how the negotiations play out — what different circumstances might lead to success, capital controls, or new elections — and attached probabilities to each of the scenarios.

He reckons there’s a 64% chance overall that a deal is reached and approved by early July, and just a 13.5% of no deal at all. But even then, there’s a pretty high probability of capital controls (45%)

Take a look at the full chart (Head over here to zoom in on the graph if you’re having trouble viewing). 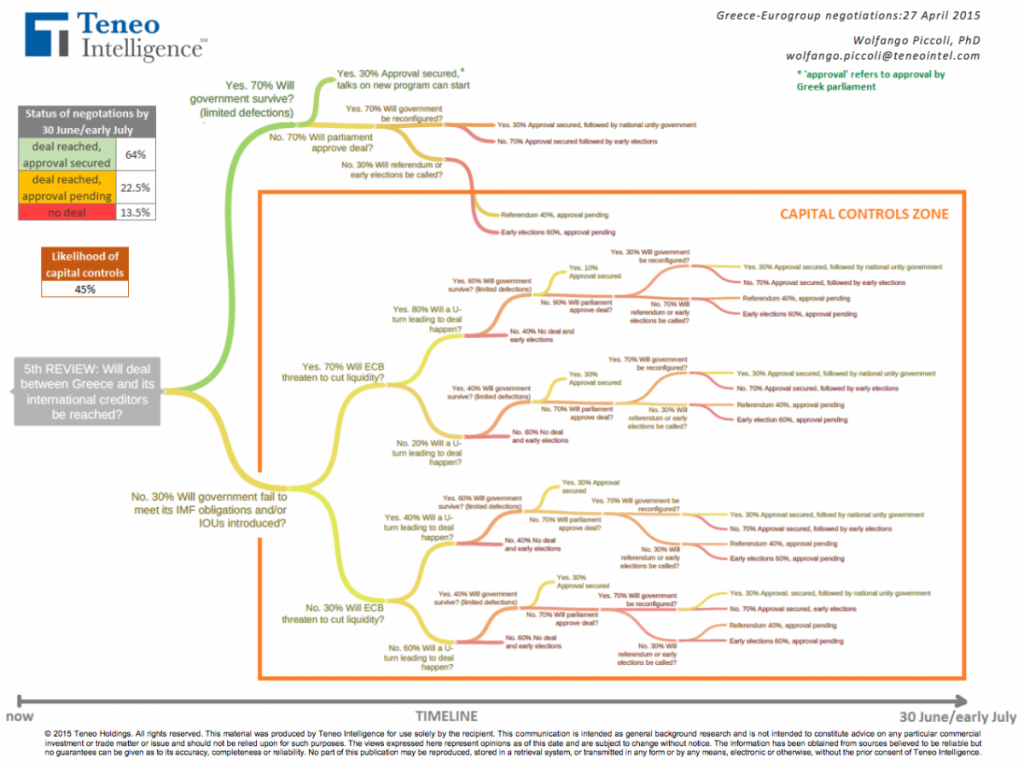 Image: A European Union (L) and Greek flag wave in front of the Parthenon temple in Athens April 11, 2011. REUTERS/John Kolesidis.