The World Economic Forum on the Middle East and North Africa 2015 comes at a time of turmoil in the region. A dramatic fall in oil prices in late 2014 upset the economies of the OPEC nations, and the conflicts and unrest in countries like Iraq and Syria continue to worry the entire region.

Here’s what you need to know in 21 charts.

As a reminder, the Middle East and North Africa, or MENA, includes mostly Arab speaking nations from around the Mediterranean and the Arab Peninsula, as well as Israel and Iran. Just a few years ago, MENA experienced a so-called “Arab Spring” of protests that led to regime change in several countries. It went hand in hand with hope and optimism for the future in many of these countries.

At the same time, a rise in the oil price to up to $125 led to a period of sustained economic growth and increased prosperity in oil-rich countries like Saudi Arabia, the United Arab Emirates (UAE) and Iran. For four years, the oil price stood almost constantly at over $100.

But then, the tables turned. On the demand side, a cooling down of global economic growth helped explain part of the fall. But rather than to cut supply, the OPEC cartel of oil producing and exporting countries decided to keep its supply steady, undercutting the price further. Saudi Arabia, the world’s largest producer of oil, even ramped up production from about 7 to 8 million barrels per day in recent months. It was seen as a way to push out non-conventional oil producers, such as those producing shale oil and gas in the US. 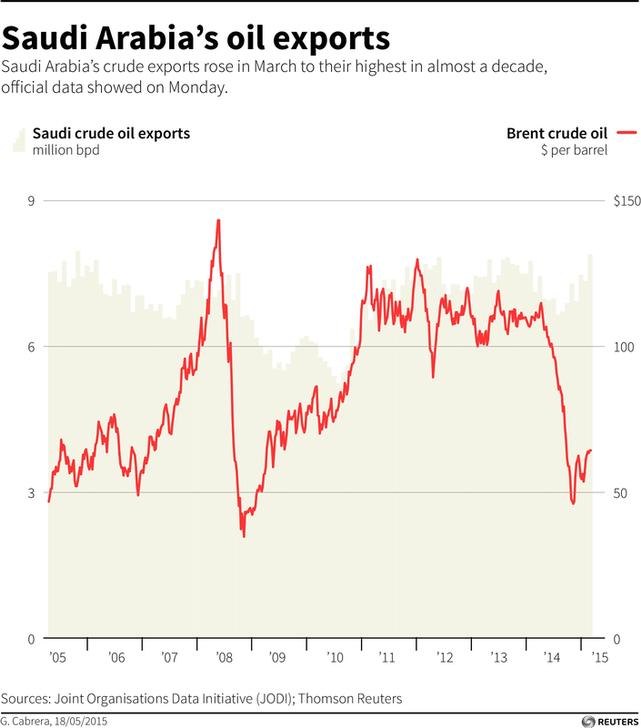 Some observers also saw a regional battle for market share behind the price drop. The UAE, for example, undercut Saudi oil prices for several months in the second half of 2014. Recently though, prices and futures of oil went up again, following a pick-up of growth in regions like Europe, and a decline in exports to China from the Middle East, causing a hike in demand elsewhere. 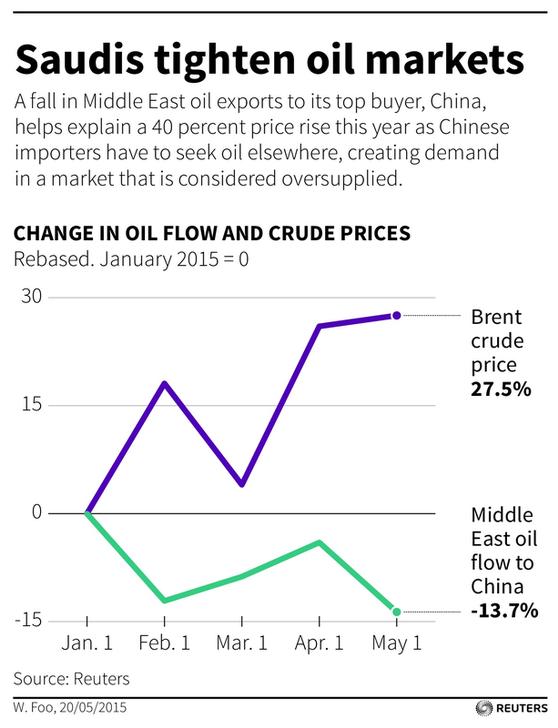 But as oil prices surged and fell, the hope for peace and democracy in the broader region vanished. Following the Arab Spring, Libya experienced a prolonged civil war, Egypt’s road to democracy has been rocky, Israel in 2014 launched a military offensive against Palestine, and a group calling itself Islamic State (IS) has taken control of vast parts of Iraq and Syria.

In Libya, a civil war broke out after the toppling of Muammar Ghaddafi. It resulted in an ongoing vie for control of power and oil supplies. The economic result was a country divided: not just in politics, but also in oil production, with output levels continuously affected. Former General Abdel Fattah el-Sisi won the Egyptian Presidential elections. He oversees a country that faces a growing insurgency in the Sinai Peninsula, and is trying to get back on its feet economically. 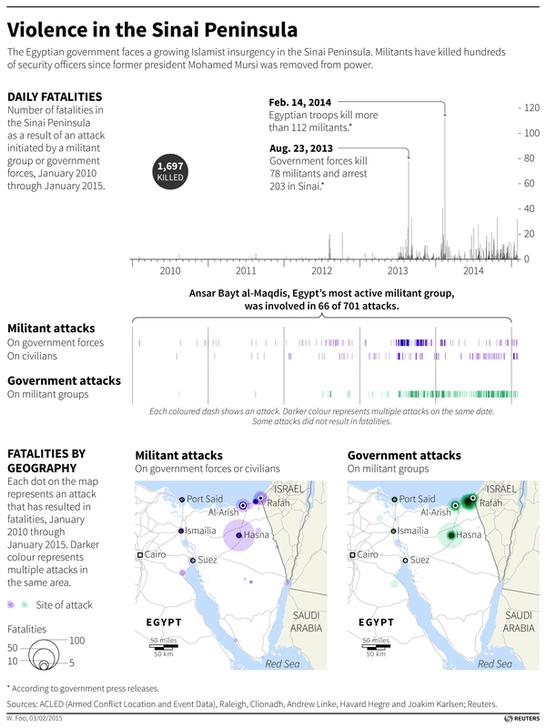 In Iraq and Syria, an ongoing armed conflict led to tens of thousands of civilian casualties, the killing of dozens of journalists, and the destruction of many cultural sites. The rebels of Islamic State, also known as ISIS, ISIL or IS, gradually took over control of large parts of both countries, and imposed its rule. It has also dealt an enormous blow to the economy, slashing the oil output of Iraq and pushing large parts of the economy into informality and under the control of IS.

In response to the violence, hundreds of thousands of people from Iraq and Syria have fled, seeking refuge inside their home country or elsewhere, often in neighbouring countries. 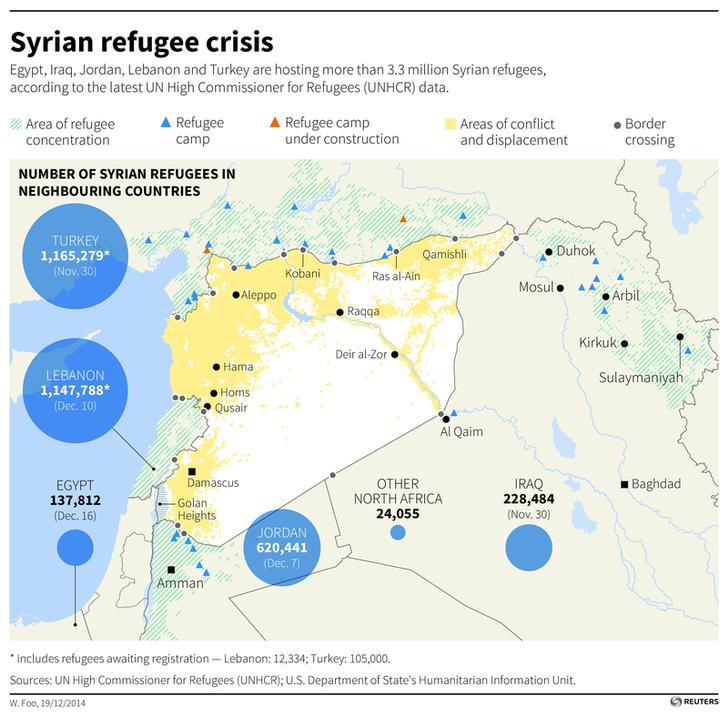 But their journeys have also led to a surge in asylum seekers in other parts of the world, particularly in Germany, the United States and Sweden, and Mediterranean nations like Italy and France. The rise of IS also led to a military coalition of over 20 countries, including many NATO and Arab League nations such as the U.S., France, Jordan, Saudi Arabia and the UAE. In the first three months alone, the coalition conducted over 580 air strikes. The estimated cost to the U.S. army, the leading force in the coalition, stood as $8 million per day as of late last year, totalling over $1 billion for the first four months alone – and a multiple of that amount since (no data was available for other countries involved). In Israel and Palestine, a military offensive in the summer of 2014 was met with international criticism. But as Israel went to the polls this year, Prime Minister Benjamin Netanyahu received a nod of approval from voters. An economic reason for this construction is soaring house prices in Israel. In the past four years, house prices on average grew by 17%, which puts it at the top of price increases in OECD countries. 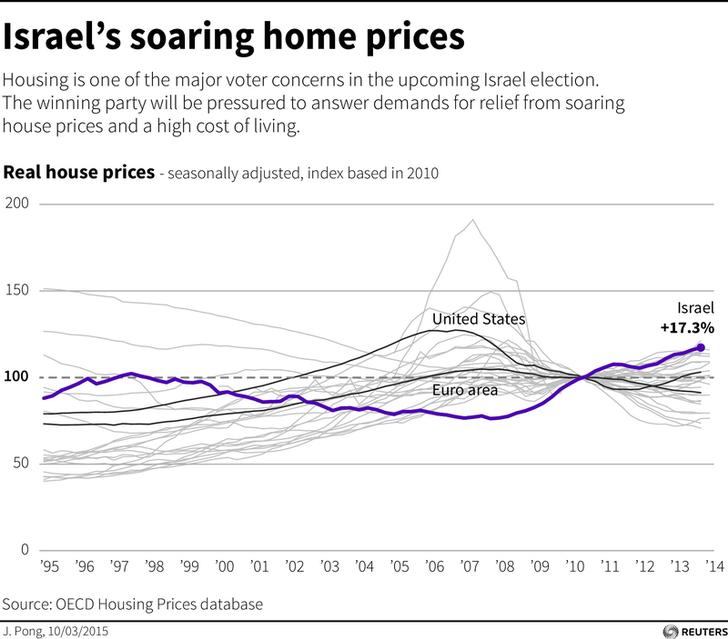 One element of hope for the region may be the pending agreement between Iran and a host of nations including the US, Russia and the EU concerning Iran’s nuclear program.

For years, Iran has been enriching uranium. The US, Israel, Europe and other countries feared this could eventually lead to Iran building an atomic bomb. But since mid 2013, the enrichment capacity of Iran has held steady after increasing for half a decade. Since April there is a framework agreement with Iran to ensure the country in the future would only enrich uranium for energy purposes. 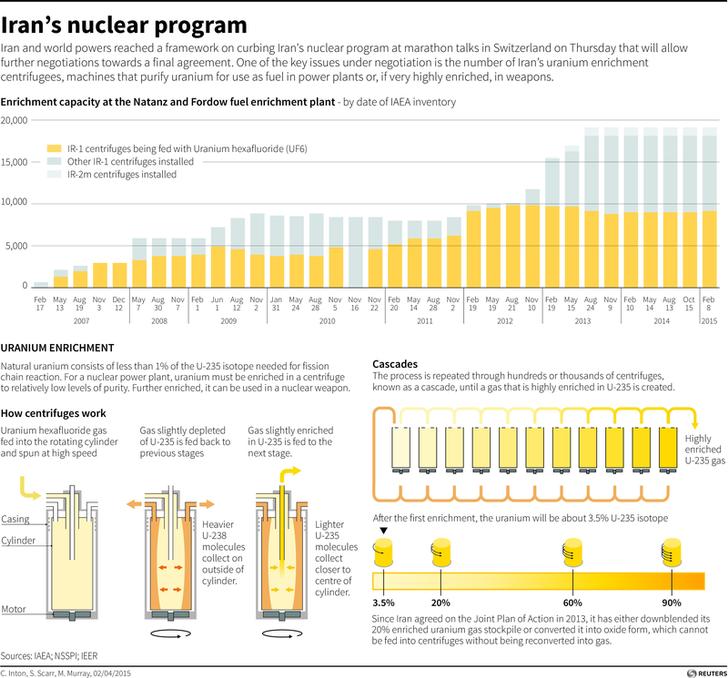 The MENA region has many challenges. The World Economic Forum on the Middle East and Northern Africa 2015 will attempt to address many of them, and contribute to solutions where possible.

This bond market metric is in the headlines - but what exactly is the yield curve and can it really indicate whether or not we’re heading for a recession?

A financial "attack" on stablecoin Terra is thought to have triggered a crash across cryptocurrencies, losing over $500 million in a seven-day period.

As economists warn of a recession, what lies ahead for the US economy?