How Greece’s debt has shifted since the last bailout

At the end of 2011, shortly before the first bailout, the split was roughly a third each for banks, shareholders, and governments/international organisations. 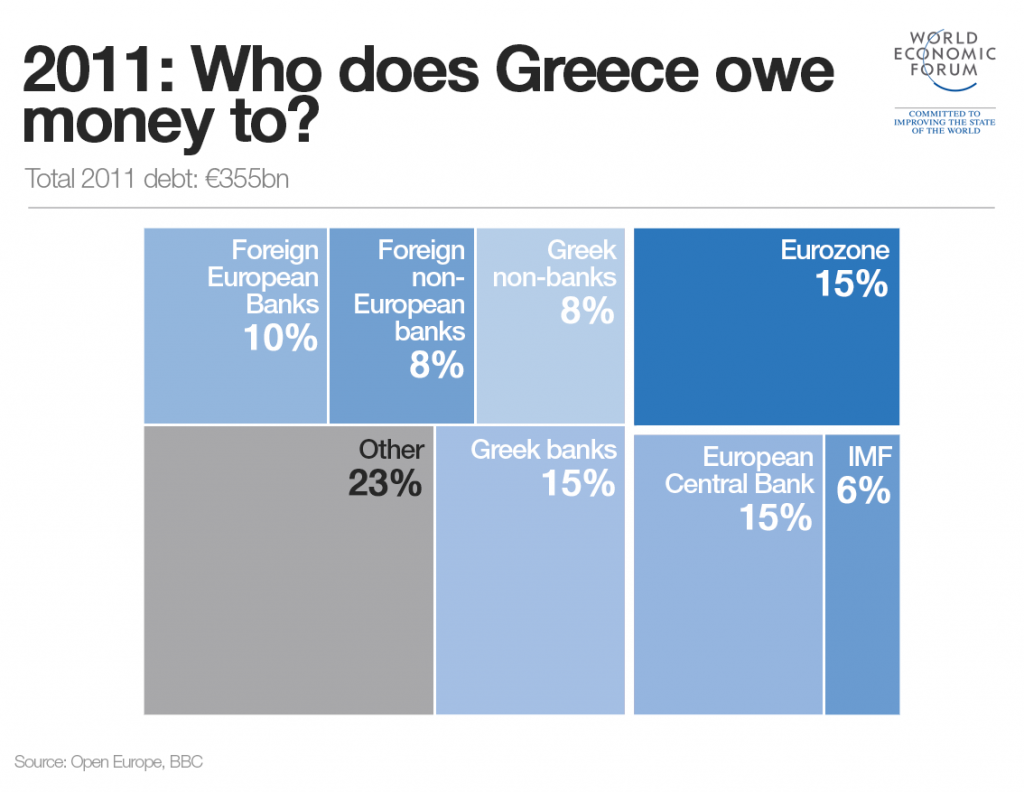 Now, governments and supranational organisations own three-quarters with Eurozone members holding 60%, the European Central Bank 6%, and the International Monetary Fund 10%. The reason for the dramatic shifts was the 2012 bailout. Private bond holders, including Greek banks, were forced to accept a so-called “haircut” that means losing about 50% of their nominal debt holding. This gave the Greek government some breathing space and meant the majority of Greek debt was now in the hands of European governments and the ECB. Both groups had been quickly building up their holdings of Greek debt until they abruptly stopped last weekend.

Image: A man walks past the headquarters of the Bank of Greece in Athens, June 30, 2015. REUTERS/Alkis Konstantinidis