MERS: 5 implications for the tourism industry

MERS is all over the news. To date, the total number of MERS cases has surpassed 1200, and while most of them took place in Saudi Arabia, the outbreak has now also reached South Korea. But what does this mean for the travel and tourism industry?

Over the past 15 years, the world has come face to face with a number of pandemics, ranging from SARS to the Swine Flu and most recently Ebola. These pandemics, whist all very diverse in terms of their reach, location and impact, have given us insight into the implications for the travel and tourism industry. Indeed, safety is a pre-requisite for success, and the mere threat of events can cause tourists to rethink their decision to visit a destination.

Below you can see a graph illustrating pandemics and how they affected tourism across varying regions: 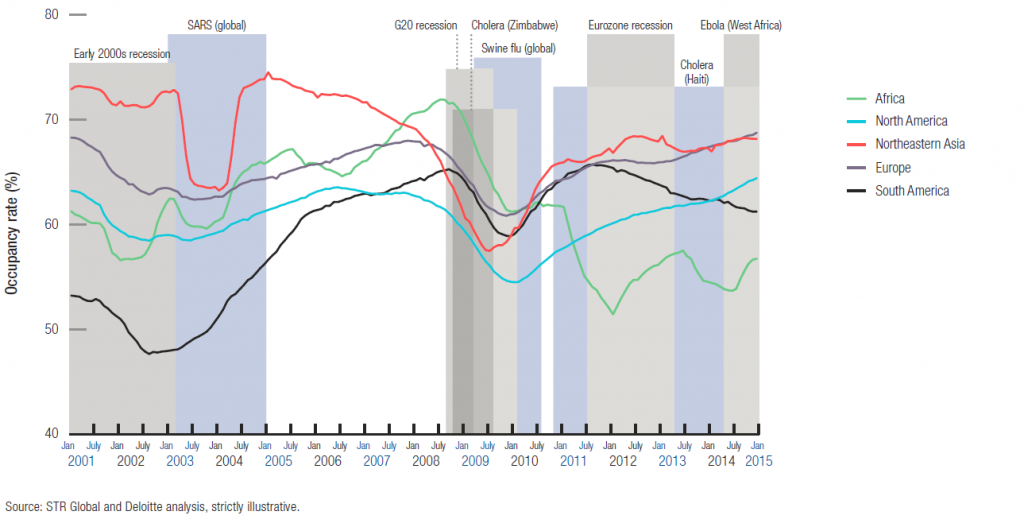 Here are 5 likely implications for global travel and tourism:

To date, over 54,000 travellers have cancelled their trip to Korea as a result of the outbreak. This represents around 7% of the total number of foreign visitors in the equivalent period last year. This has taken place even though the World Health Organization has not recommended travel restrictions and its director general Margaret Chan stated that she believed South Korea would be able to control the spread of the outbreak. According to the Korean Tourism Organization, a considerable number of tourists are expected to switch their destinations to Japan. It has been estimated that at least 100,000 Chinese travellers will cancel their trip through the end of the month.

2. The costs are high

Some economists predict that MERS could shave a few billion dollars off South Korea’s $1.4 trillion economy. In the past month, South Korea’s overseas shipments decreased by 10.9% compared to the previous year. Consumer spending also fell. According to governmental data, there has been a 16.5% decrease in department stores sales during the first week of June. South Korea’s central bank on Thursday cut its benchmark interest rate to a new record low of 1.50% to support the economy as it faces a potential fresh blow from the deadly viral outbreak.

The high cost to the Korean economy does not come as a surprise. In 2009, when cases of H1N1 occurred in Mexico, the estimated loss for the Mexican tourism industry was $5 billion. In the period of 2002 to 2004, as a result of SARS, Hong Kong saw a 41% reduction in tourism GDP, Singapore, 43%. China had a 25% reduction and a loss of 2.8 million jobs. 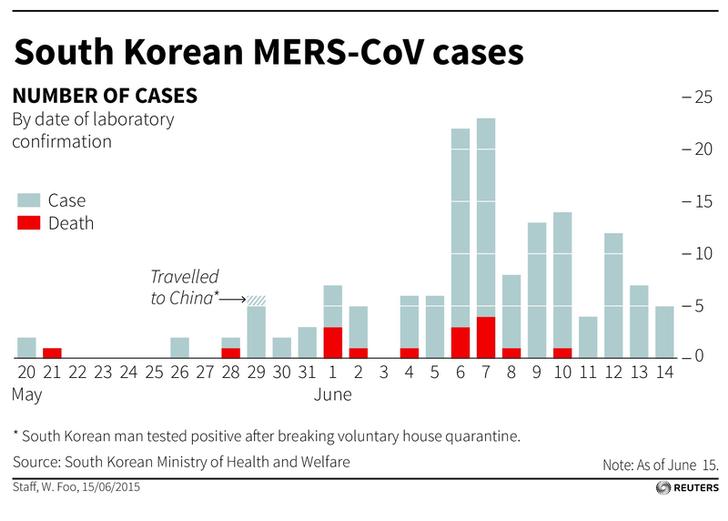 While South Korea is still in the midst of dealing with this outbreak, research shows that destinations do recover. It is important to understand that for the most part the impact of pandemics such as SARS, swine flu and Ebola has generally been contained to affected regions – and the global impact has been relatively limited. While research shows that the impact of pandemics can be steeper than other shocks, the affected countries bounce back to pre-shock levels faster.

For instance, during the SARS pandemic of 2002 to 2004, occupancy levels fell by 10% before bouncing back to pre-crisis levels within the year. Another example is the swine flu outbreak. Data shows that Mexico City recorded a 50% decline in occupancy levels at the end of April and early May 2009, when it was confirmed that the outbreak originated in Mexico, and resorts suffered from cancellations. Yet, by early 2010, occupancy levels were on the mend.

4. Having security protocols in place

From hospitals to airports, countries need to have security protocols in place to limit the spread of MERS. Since pandemics are generally short-lived and localised, robust contingency plans and good management should ensure a short-term dip in demand. However, the growth of global travel means international cooperation is increasingly important to manage the spread of virulent diseases.

Governments should aim to limit negative media publicity in instances where the presence of the disease is exaggerated. When the perceived insecurity is more severe than the reality, or when security is restored, strong communication campaigns should be developed to address concerns.

Meanwhile, the public and private sectors can create incentives for tourists, such as price reductions. For instance, after the 2002 Bali bombings, around 75% of hotels dropped their prices by approximately 37%. In Greece, to avoid the perception of insecurity resulting from civil unrest, the government waived levies on airline and ferry tickets and almost halved VAT on hotels.

While the road to recovery can be long and arduous, the scale of the economic benefits from tourism makes investing in travel and tourism worthwhile. Indeed, tourism has the potential to drive foreign trade, increase access to international markets, increase foreign investments and spur entrepreneurship and broader economic development given the sector’s strong links to other industries.