This is how illegal drugs flow around the world

The United Nations Office on Drugs and Crime has released its latest snapshot of the state of the illicit drug trade, in the World Drug Report 2015.

It shows little change in the production, use and health consequences of illicit drugs, with an estimated 246 million people using drugs at least once in 2013 (the latest year for which data is available). While that number is an increase of 3 million over 2012, the increase in the global population means overall usage has remained stable.

The UNODC report includes a series of maps showing the main trafficking routes of different drugs, based on data related to official seizures along with country reports and responses to annual report questionnaires. 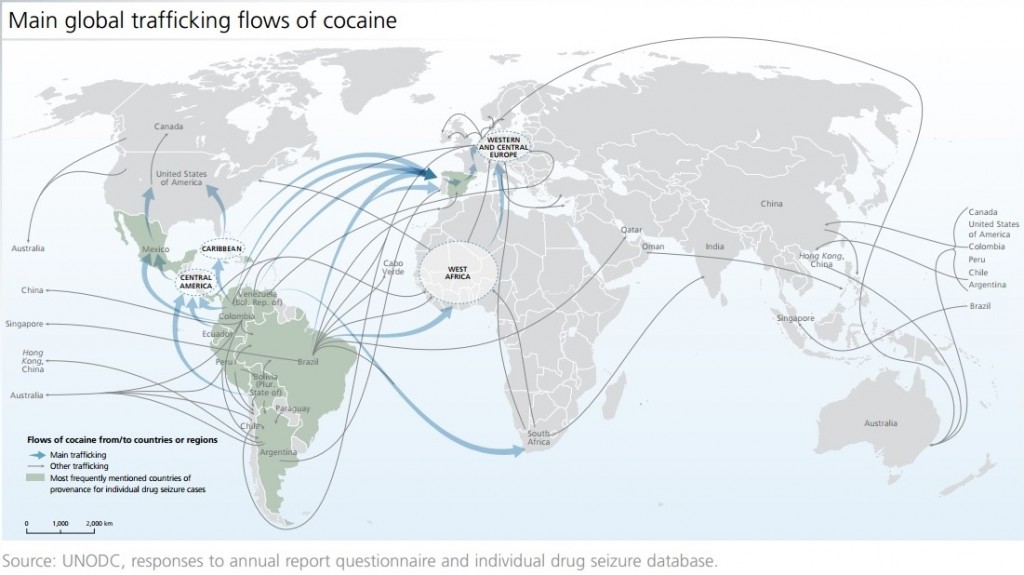 Production of cocaine has continued to decline, with 2013 seeing the lowest level of coca bush cultivation since the mid-1980s. Cocaine use has also declined in the largest markets of North America, and Western and Central Europe. 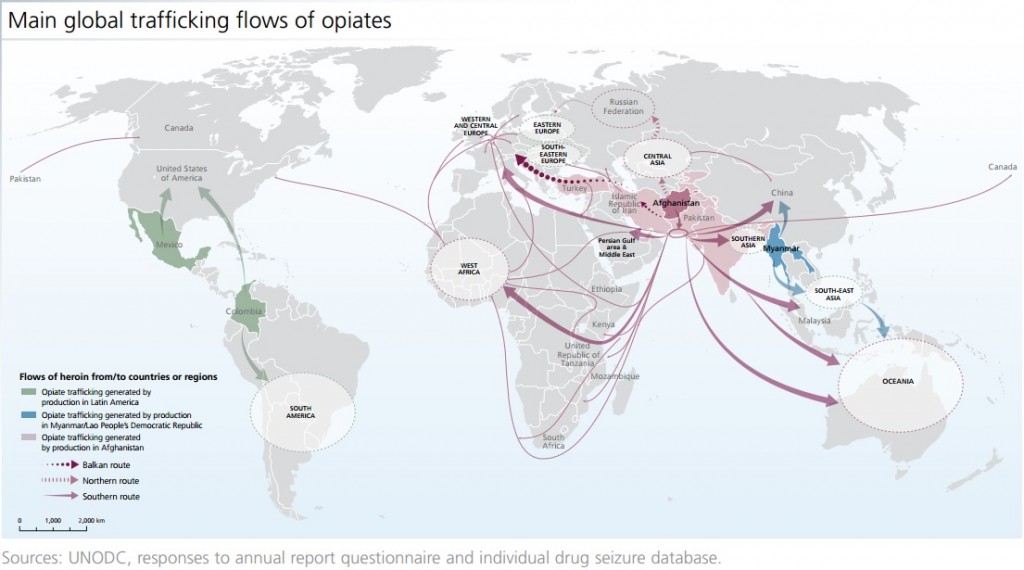 While the use of opiates, such as heroin, has remained stable at the global level, opium poppy cultivation reached the highest level in 2014 for nearly 80 years. The UNODC says it’s unclear where the additional heroin is going. The use of methamphetamine has increased in the established markets of East and South-East Asia, but there are also signs of increasing consumption in parts of North America and Europe.

Inefficiency and unfairness in government processes can leave them open to corruption. Blockchain could help address weakspots and increase transparency.

The illicit financial flow of money and goods is a threat to our sustainable future. Gatekeepers are key to preventing and disrupting these flows.