Where is the best university in the developing world?

League tables of the best universities in the world tend to highlight the same names with American and North European institutions predominant. But look beyond the mature economies and a very different picture emerges. 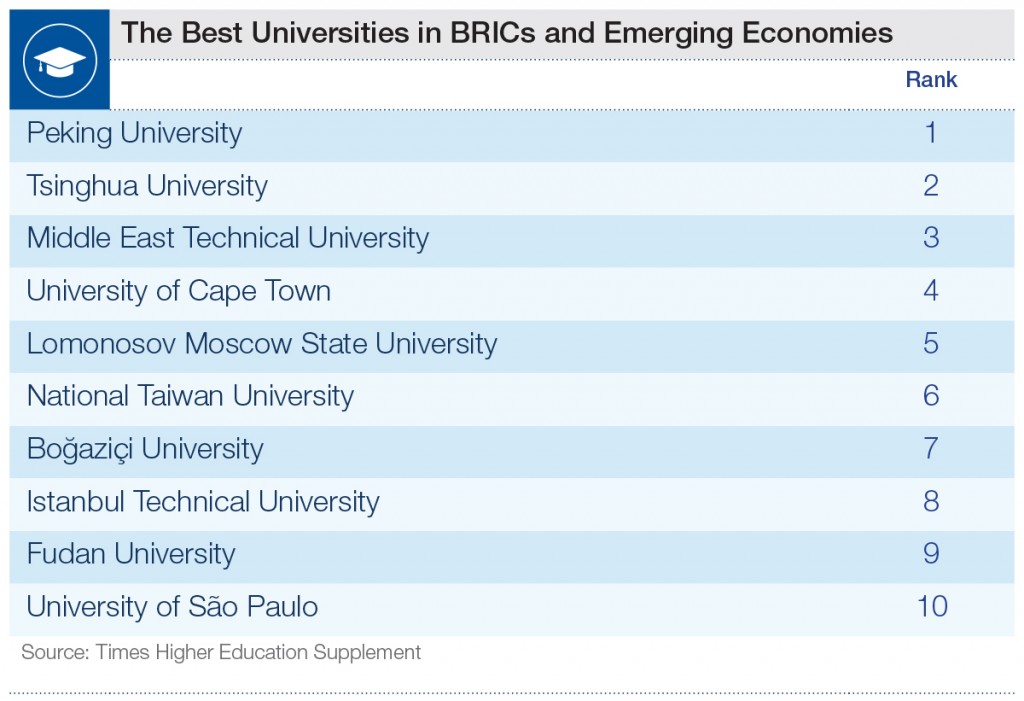 China has reinforced its lead at the top of the developing world’s universities, according to the latest Times Higher Education Supplement ranking of the BRICS (Brazil, Russia, India, China, and South Africa) and emerging economies. Peking University and Tsinghua University take the top two slots and Chinese universities account for 27 of the top 100 places (up from 23 in 2014).

India comes third In the country rankings with 11 universities in the top 100 (up from 10 last year.) The Indian Institute of Science is the highest placed at 25.

Russia has made huge improvements with seven making the top 100 (against just 2 in 2014) and the Lomonosov Moscow State University coming in fifth.

Brazil has four places in the top 100 with the University of São Paulo moving up one place to 10th.

The rankings are based on five factors deemed by the Times Higher Education Supplement as essential to a university’s success: teaching (30%), research (30%), citations (30%), income from industry (2.5%), and the international outlook of staff, students and research (7.5%). Countries included are either BRICs or classified as an emerging economy by FTSE.

What's a 'living wage' and why's paying it good for business and workers?

Paying a living wage benefits workers by offering them a decent standard of living, but there are also economic and reputational benefits to employers.

A talent shortage is affecting economies globally and soon many workers will need reskilling. Improving education for working adults could be one solution.