Over the next decade, nanotechnology will contribute to widespread technological transformation, affecting the productivity and development of myriad applications, from new multifunctional materials, to disease diagnostics, water purification and energy efficiency. As it does, there are concerns that it could become a technology of the rich, and help widen social and economic disparities. Yet with the right policies and development culture, nanotechnology can become a global force to reduce inequalities.

Technological innovations like nanotechnology are sometimes seen as increasing social disparities. Technological change, for instance, is often depicted as favouring more skilled workers, replacing tasks previously performed by the unskilled and increasing the demand for skilled labour. In doing so it can create substantial changes in the distribution of wealth nationally and globally. The real picture, however, is much more complex. One could argue that in the globalized world, technology is not an external force acting on the labour market, but an “endogenous” factor, where the conditions and decisions made by the developers, workers, regulators, consumers and exploiters of new technologies can determine use and a fair distribution of the outcome.

Technology and equality can and should go hand in hand. Yet to achieve this, we need creative policies and anticipatory governance mechanisms so that nanotechnology is used to reduce inequality rather than become a new source of it.

From my point of view, as a woman, mother, scientist and educator, the vision is clear and the potential is huge. In the lab, the internationality and multidisciplinarity of nanotechnology empowers our female and male students from all backgrounds, and enhances their scientific and technological creativity and entrepreneurship. Many of the applications of nanotechnology we and others are working on are potentially cheap and easy to implement, requiring minimum lab infrastructure. With the right framework, nanotechnology could become a global force to reduce national and global inequalities.

Take Elizabeth Holmes, who founded Theranos when she was 19. She uses nanoparticles to increase the effectiveness of blood testing at a fraction of current costs. Her motivation is “to create a new technology, and one that is aimed at helping humanity at all levels, regardless of geography or ethnicity or age or gender”. Elizabeth envisions empowered patients who can take control of their health through real-time diagnosis and monitoring, with testing that has open and transparent pricing schemes. The fusion of technology and inequality reduction is at the heart of her mission. She has also become the world’s youngest female self-made billionaire. 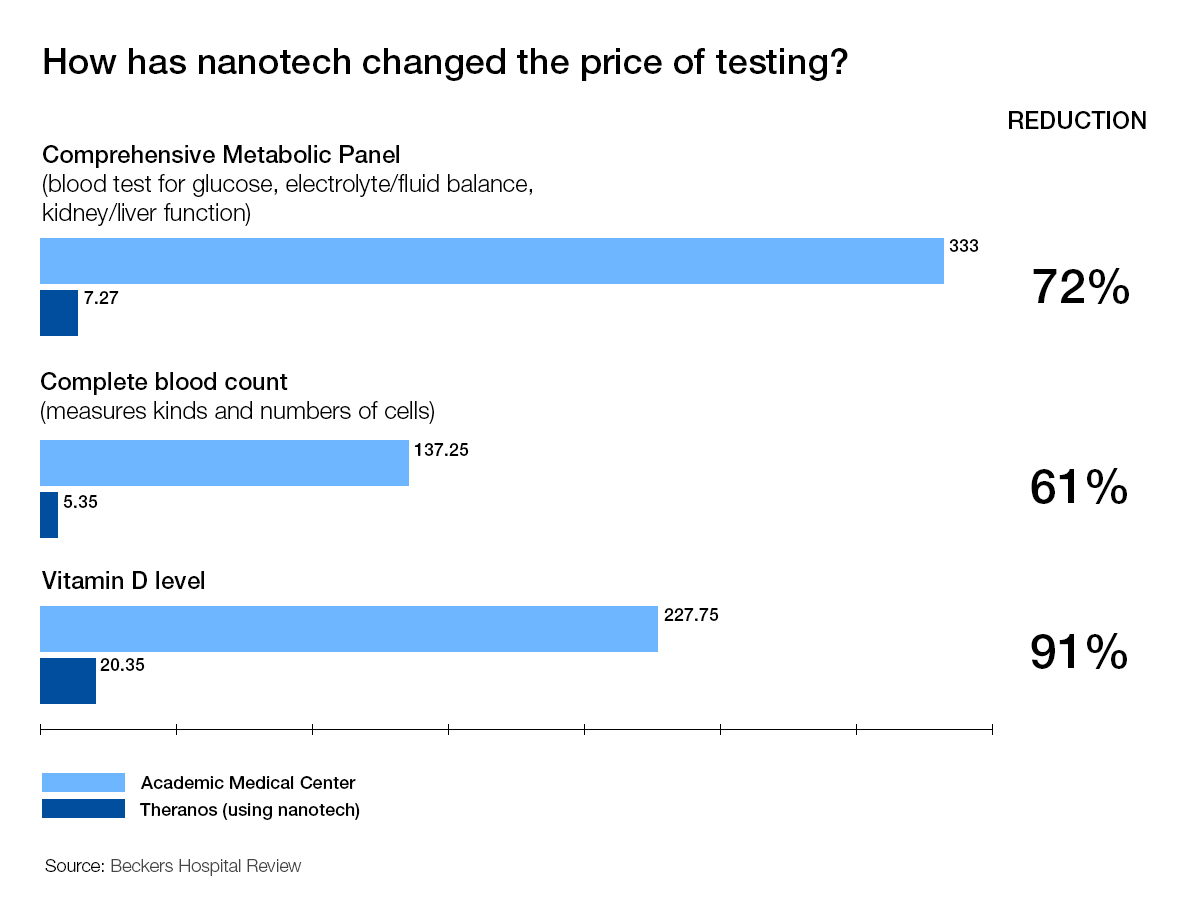 In a very different context, a group of scientists led by Marianny Y. Combariza and Cristian Blanco-Tirado at the Industrial University of Santander, in Bucaramanga, Colombia, have developed a method to synthesize nanoparticles directly on the fibres of fique. Fique is extracted from Colombiancabuya, which is mainly used in the fabrication of sacks for transporting Colombian coffee. This nano-enhanced traditional material can be used in the remediation of water contaminated with toxic indigo, which is currently used as a dye in the fabrication of denim in the region.

This example in particular illustrates how scientists are able to find relatively simple and cheap solutions to local challenges using community-relevant nanotechnology and local resources. These researchers are now pursuing the commercialization of their product globally through a partnership with ISIS innovation in the UK. It’s an example of how state-funded research and education, and public-private partnerships, can encourage wealth creation from the local entrepreneurs.

As a third example, Askwar Hilonga has developed a customizable water filter based on sand and nanomaterials, that can be tuned for water decontamination and disinfection in different environments.  Through the Gongali Model Company, a university spin-off company which he co-founded in Tanzania, Hilonga has already enabled 23 entrepreneurs in Karatu to set up their businesses with the filters, and local schools to provide their learners with clean drinking water. As Hilonga states: “Our success will not be in the sales of the filters only. We’re planning on turning community centres into ‘water hubs’. Here water can be purified and families will be able to access clean filtered water at a cheap price.”

As nanotechnology matures, we have an opportunity to develop and promote policies and approaches that reduce inequalities within the culture of sustainable development that is embedded in the DNA of our field.

Nanotechnology is not only a large group of scientists dealing with very small things: it is a conscious, international, responsible community that has all the ingredients to become a force for social and economic equality. With the right policies, we have the opportunity to make this potential a reality.

Author: Sonia Contera is Co-Director of the Institute of Nanoscience for Medicine at Oxford Martin School, University of Oxford

Sonia Contera, Co-Director of the Institute of Nanoscience for Medicine at Oxford Martin School, University of Oxford