Here are all the biggest risks to the global economy

The International Monetary Fund (IMF) released its latest World Economic Outlook update last week to relatively little fanfare. Attention was, understandably, focused on the Greek crisis negotiations and the Chinese stockmarket collapse — both of which strongly hinting that the period of relative calm in markets could be coming to an end.

Whether it will be China, Greece or some new crisis that grabs the financial headlines, there are a number of potential traps for the global economy as a whole that are worrying the IMF. These are the most pressing:

With term and risk premiums on long-dated bonds at or near record lows, the market is at risk of significant price swings in the event of a surprise. Markets were given a taste of this with the recent uptick in German government bond yields. There are now worries that the next market shock could come from an interest rate hike by one of the major central banks with all eyes currently on the U.S. Federal Reserve to see if Janet Yellen will start responding to falling unemployment and rising wage pressure. 2. The reversal of capital flows from emerging economies

Linked to the above, a rise in developed market interest rates could see income-seeking investors pull their funds from riskier emerging market (EM) investments. That could have a destabilising effect on EM asset prices, especially in the context of rising debt levels in those countries. The dollar surged against other currencies in 2014 owing both to central banks in Europe and Japan significantly loosening monetary policy to kick-start their economies and the relative strength of the North American economy. Further appreciation could put pressure on those outside of the country who borrowed in dollars, including a number of emerging market economies. 4. The relatively slow pace of the post-crisis recovery

Economies work in cycles so that a period of rapid expansion of output is usually followed by a period of consolidation, or even contraction. In the aftermath of the Great Recession, the developed world has struggled to recover as quickly as previous downturns suggestion it should. That’s a potential problem as in a low inflation, low growth environment it is difficult to pay down the high levels of debt that many of these countries find themselves with, leaving them vulnerable if there’s another crisis. 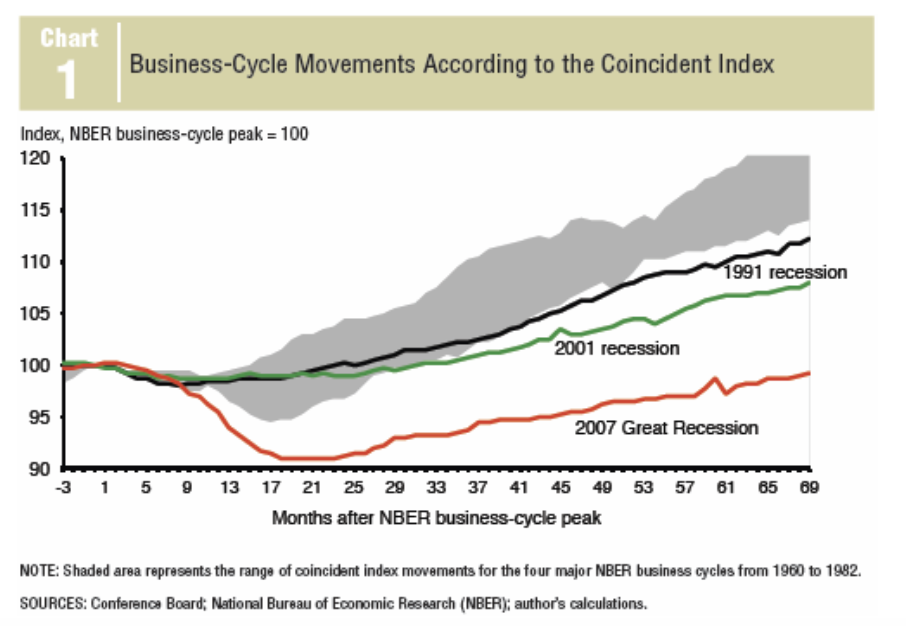 The Chinese government is undertaking the delicate task of reorienting its country’s economy away from its reliance on exports towards a more balanced mix of domestic demand and higher value exports. This process, however, will inevitably mean a slower pace of economic growth than it has enjoyed in the recent past and is fraught with risk that it might drop significantly more than Beijing wants. We have already seen the authorities take a number of measures to support growth in recent months amid concerns that the economy could undershoot their 7% target GDP growth for 2015.