How do you say ‘yes’ and ‘no’ in Europe’s 24 official languages?

Many people have been confused by the Ναι and Όχι they are seeing on posters leading up to the Greek referendum. The Όχι looks a lot like ‘Oui’, the French word for ‘yes’, while the ‘Ναι’ starts with an ‘n’, which in European languages is commonly associated with negatives like ‘no’ or the German ‘nein’.

In Greek it’s the other way round. Ναι means ‘yes’ and Όχι means ‘no’.

So how do you say ‘yes’ or ‘no’ in Europe’s official languages? 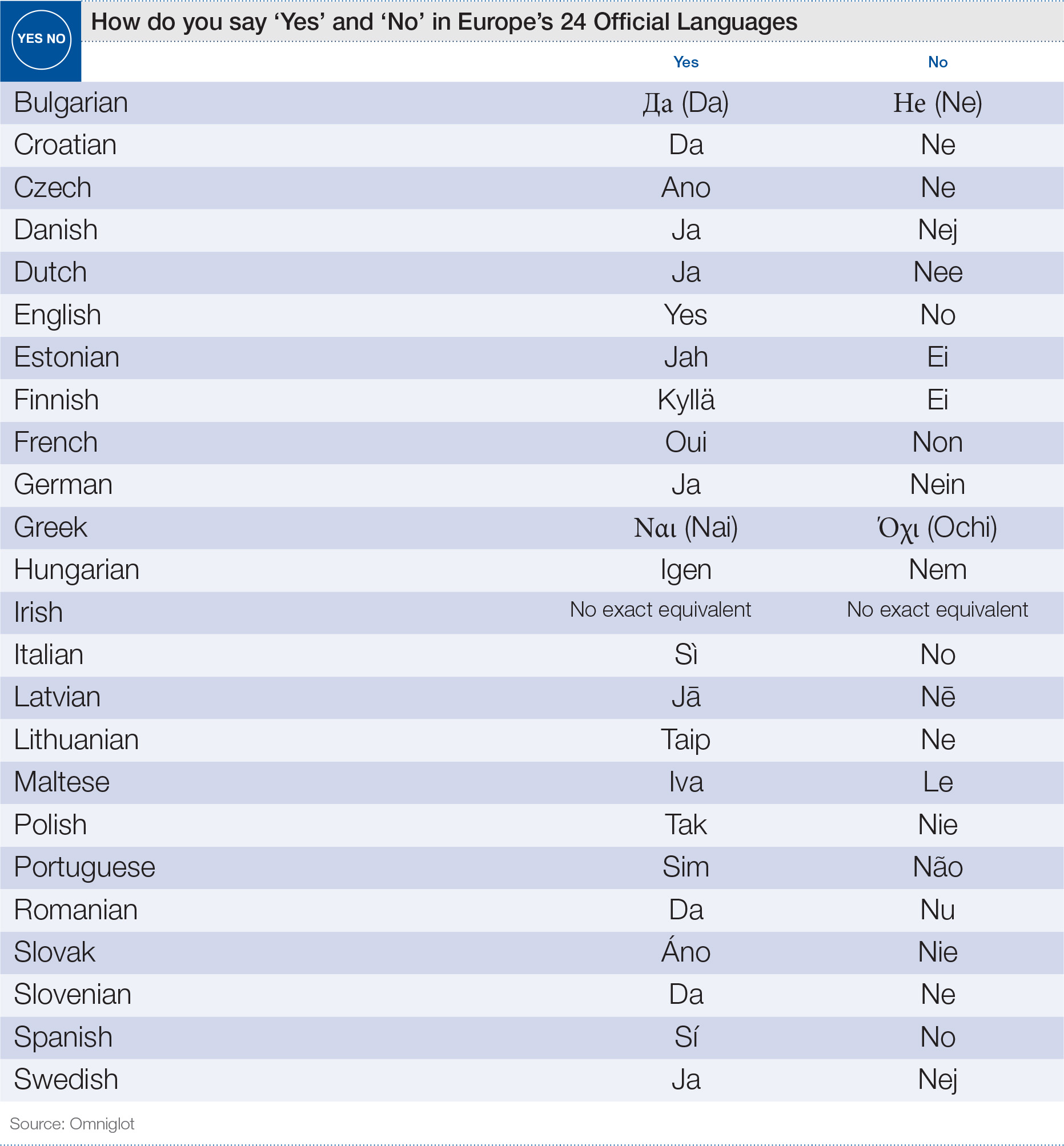 Image: A referendum campaign poster that reads ‘Yes (Nai)’ is seen on a bus stop with a graffiti that reads ‘No (Oxi)’ on it in Athens, Greece. REUTERS/Christian Hartmann

The case for a US and European trade and technology council

Karan Bhatia, Vice President of Government Affairs &amp; Public Policy at Google explains why the US and EU should join to form a Trade and Technology Council.

2020 was Europe's hottest year on record as Arctic wildfires raged

Europe's average annual temperature in 2020 was the highest on record. Climate change also saw record-breaking wildfires in the Arctic.

European Super League: What history can teach us about splits in sport

What the precautionary principle tells us about public trust in vaccines

What is digital sovereignty and why is Europe so interested in it?