These countries are shrinking the fastest

Whilst there is much talk of the overall growth of the world’s population, some countries’ populations are actually shrinking. This can be the result of emigration and/or death rates exceeding birth rates.

The following table is based on World Bank population data, which are taken from regional and global organisations, and national census data. The percentage is derived from the difference between 2013 and 2014 mid-year populations. 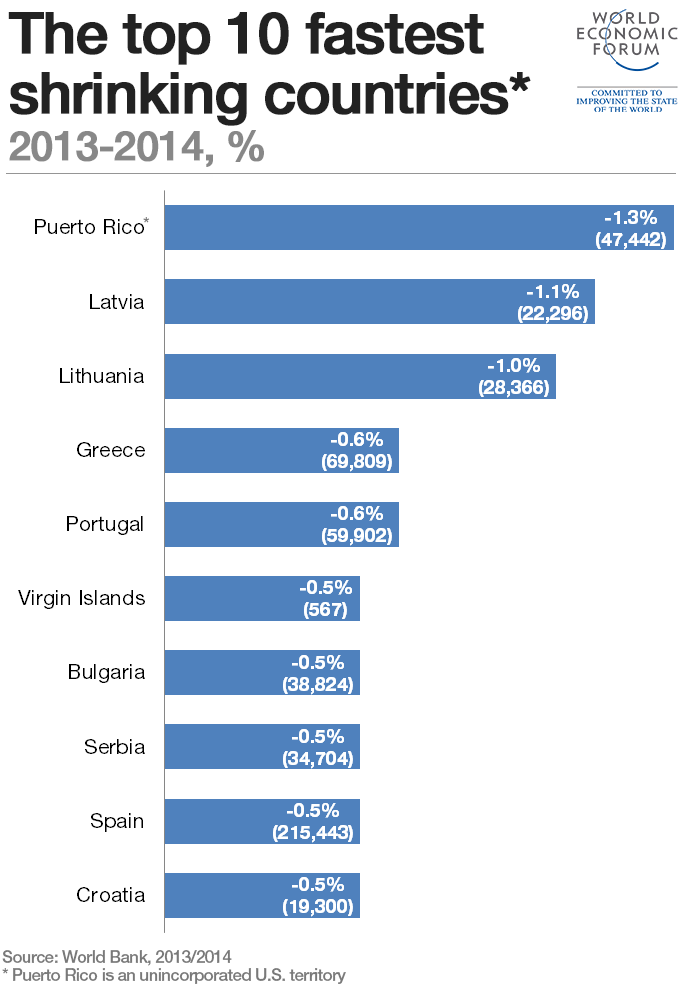 Interestingly, Japan, a country that has become synonymous with population decline, also experienced a loss of just over 200,000 people in the same period. However, as a percentage of its total population, this would only place it in 16th on an extended graph.

These data are taken from the World Bank Development Indicators, and are calculated on the basis of data from the United Nations Population Division, United Nations Statistical Division, Census Reports and other statistical publications from national statistical offices, Eurostat Demographic Statistics, the Secretariat of the Pacific Community; Statistics and Demography Programme and the U.S. Census Bureau.