Which is the best country to grow old in?

The global population is getting older – and the world is not ready for it, according to an index by Global AgeWatch.

The report shines a light on how a country’s economic success is not enough to improve the lives of its increasingly elderly population, and identifies policies aimed at supporting this growing demographic in different regions of the world.

Quality of life and well-being are measured in four key domains: income security, health status, capability and enabling environment. According to the report, while some countries have taken steps towards guaranteeing basic income security in old age, half of the world’s population can still expect to spend their golden years without a pension.

Norway ranks first in the index, scoring consistently high across all domains, including a top score for income security with the highest GDP per capita in the region. Afghanistan is last (at 96), ranking lowest in the domain of health, with below-average life expectancy. 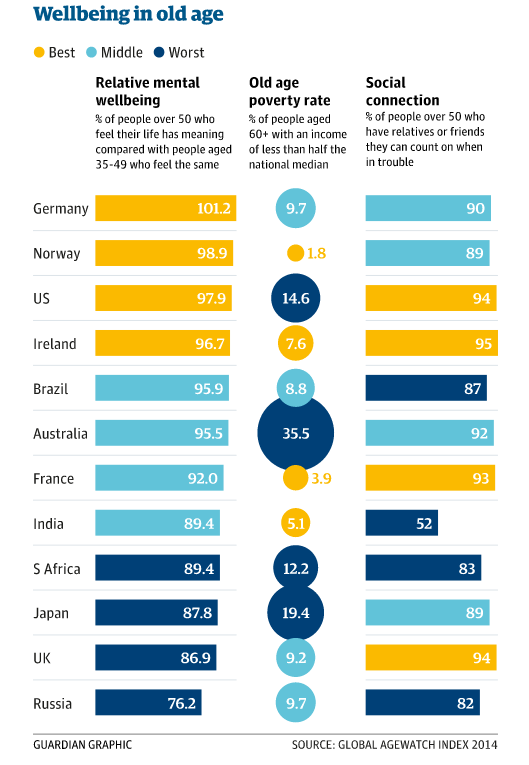 Have you read?
At what age does our intelligence peak?
How will an ageing population affect the economy?
The untapped potential of the elderly

Image: A retired couple sits on a bench in Enghien-les-Bains, north of Paris REUTERS/Christian Hartmann