Which is the most innovative university in the world?

Putting a number on innovation isn’t easy but Times Higher Education has taken measures based on the quality of universities’ partnerships with industry. Such partnerships have been rising rapidly — they jumped by 10% in the 2013/14 academic year as universities sought ways to bolster research, find homes for new ideas, and boost revenues.

The Times survey ranks institutions on four factors: the ratio of papers co-authored with industry, the proportion of papers cited by patents, the quantity of research income from industry, and the proportion of research income from industry. Interestingly, the names in these league tables tend not to appear in other rankings — the innovators tend to be excellent in a narrow field rather than great across a broad swathe of academia. 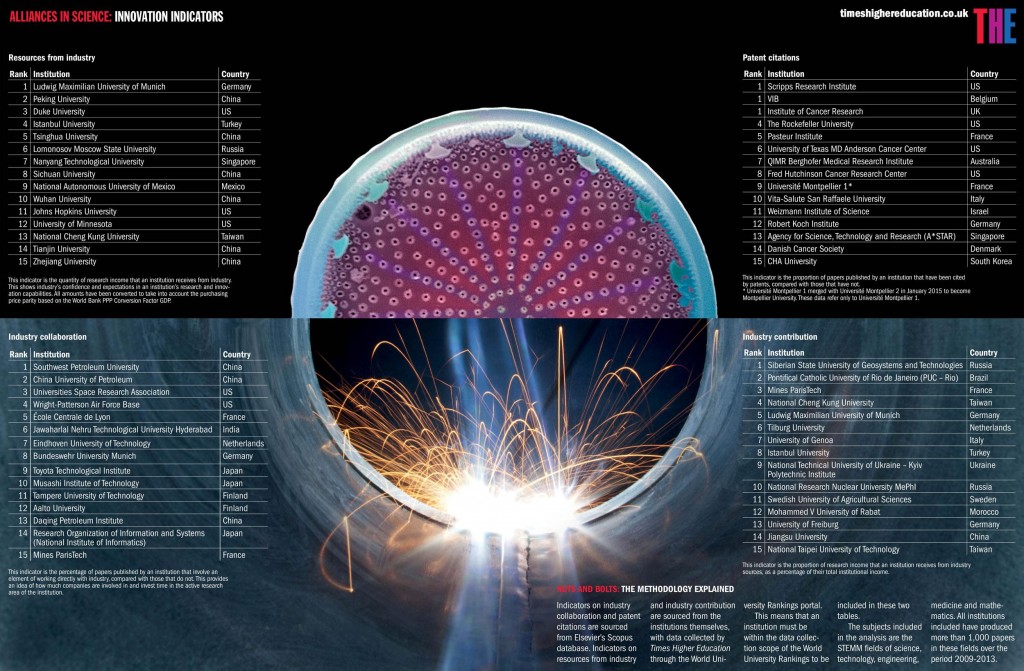 University-industry partnerships do face challenges and universities are developing guidelines to ensure transparency, independence and best practices. Eindhoven University of Technology in the Netherlands won’t conduct research with industry if the research can then not be published. Duke University in the United States will not engage in research which ends with industry owning the intellectual property.

Image: Bipedal humanoid robot “Atlas”, primarily developed by the American robotics company Boston Dynamics, is presented to the media during a news conference at the University of Hong Kong. REUTERS/Tyrone Siu