Which start-up cities hire the most women?

Certain cities around the world are distinguishing themselves as centres of science and technology. But while these innovative hubs offer career opportunities to some, when it comes to equal opportunities, it seems that some cities are more equal than others.

In start-up hubs around the world, the number of female employees is a far cry from achieving perfect parity, according to this year’s Global Startup Ecosystem Ranking. Of the 21 cities surveyed, not one reached the 30% mark for female employees.

When it comes to the most equal cities, it’s a tie between Silicon Valley and New York City, where 29% of the employees are female. Chicago, which has the highest number of female entrepreneurs, came in a close second, with 28%.

Interestingly, Amsterdam, often thought of as a city of diversity and inclusion, trailed the group in last place, with only 18%. 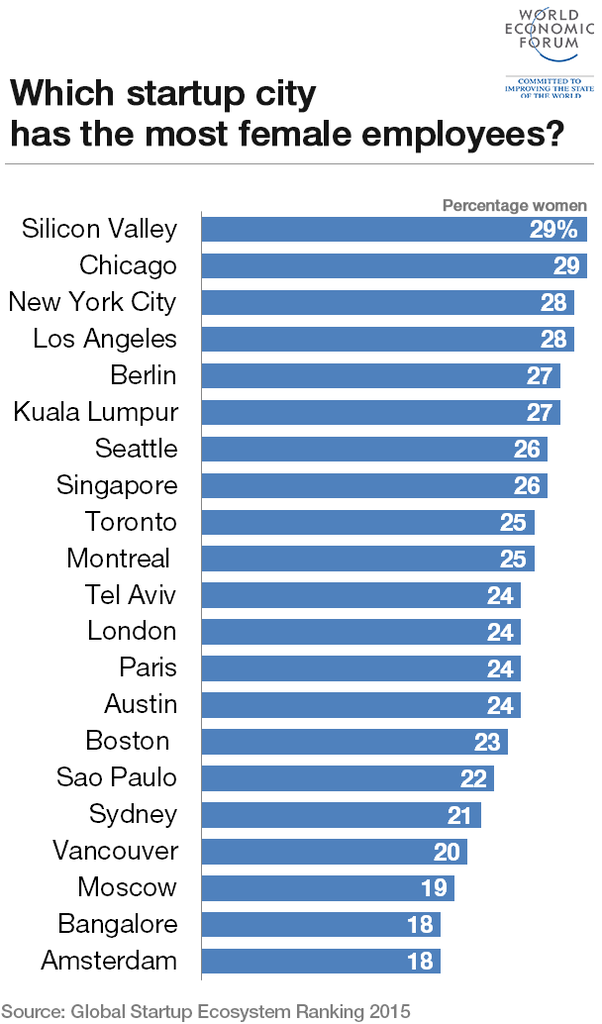 Have you read?
15 women changing the world in 2015
What women need in order to be entrepreneurs
Here come the female entrepreneurs