Which university has the strongest international outlook?

The effects of globalisation have been felt in all areas over the past few decades, and universities haven’t been exempt. 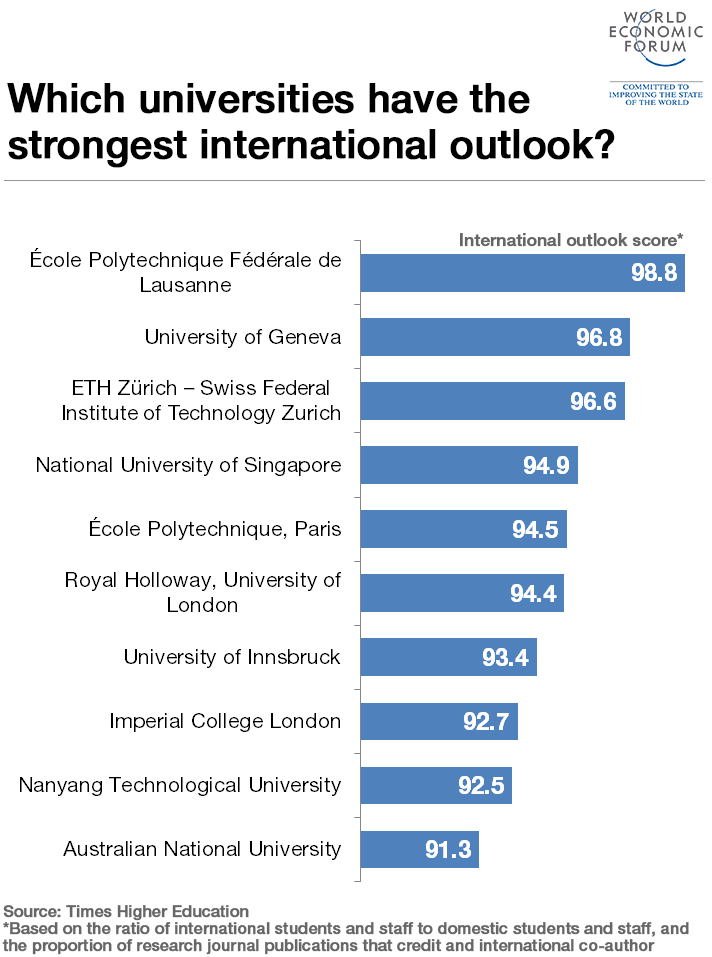 Based on these calculations, the university with the strongest international outlook is the École Polytechnique Fédérale de Lausanne, which is located on the banks of Lake Geneva. Other European institutions dominate the list, including universities from the United Kingdom and Austria.

Imperial College London is the only university to appear in this top 10 as well as the overall world ranking top 10.

Have you read?
Which universities must balance business with scholarship?
The 10 best cities in the world to be a student

Image: Exterior view of the old assembly hall of Goettingen’s Georg-August University with a statue of former King Wilhelm the IV of Great Britain and Hanover is seen at the university in central Goettingen. REUTERS/Christian Charisius