This chart shows global warming is speeding up

The years 2015 and 2016 are set to be the hottest on record, according to a new report by the UK Met Office. Scientists believe that the reversal of natural climate cycles will join forces with man-made carbon emissions to drive air temperatures higher than previous records. The forthcoming two years are expected to be a turning point for global warming.

Despite an increase in the incidences of extreme weather events over the past few years – generally accepted as proof that climate change is a pressing reality – the world has seen a gradual slowdown in the speed at which temperatures have intensified. Many have attributed this to a natural “pause” in global warming. But recent meteorological data, collected from over the world, has been painting a bleaker picture: the hiatus was down to heat being stored in the oceans. Now that the seas are warming up, so will the world.

This chart, based on data from NASA, shows how global temperatures have risen over the past 20 years. The year 2015 (in bold, orange) tracks along the top, and shows no sign of dropping (as of August this year). The years 2014, 2010 and 2005 also zigzag along the warmer end of the chart, their arrangements plotting a clear acceleration in global temperature rises over the past decade. 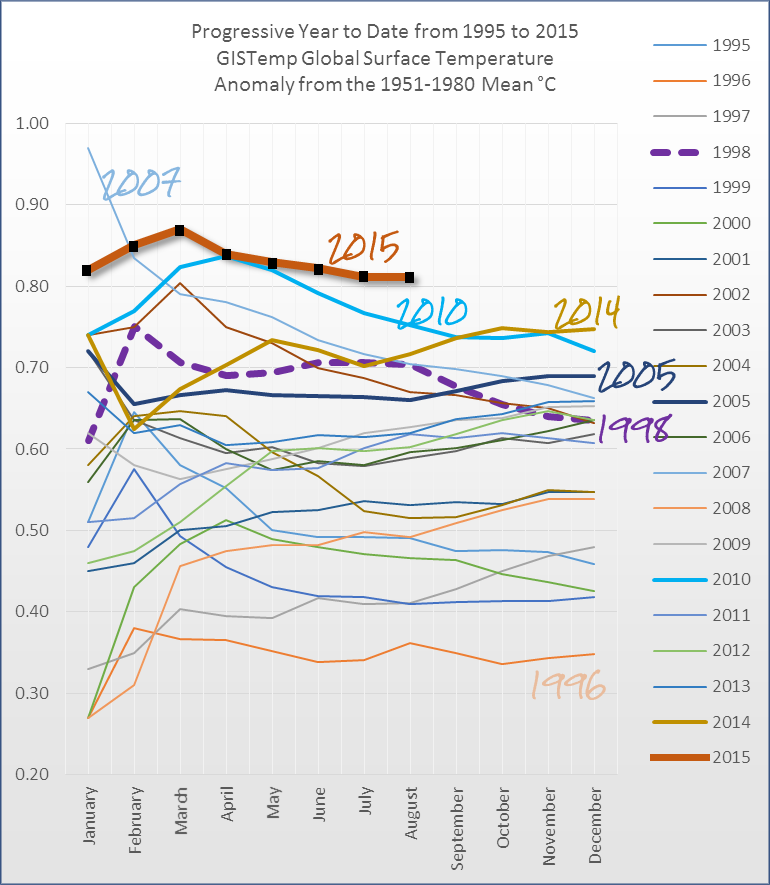 Have you read?
5 reasons to care about Arctic ice melt
Which countries are best prepared for climate change?
How plastic waste can stop global warming