The Massachusetts Institute of Technology takes the top spot of the 2015/16 QS World University Rankings, with a perfect score of 100 out of 100. 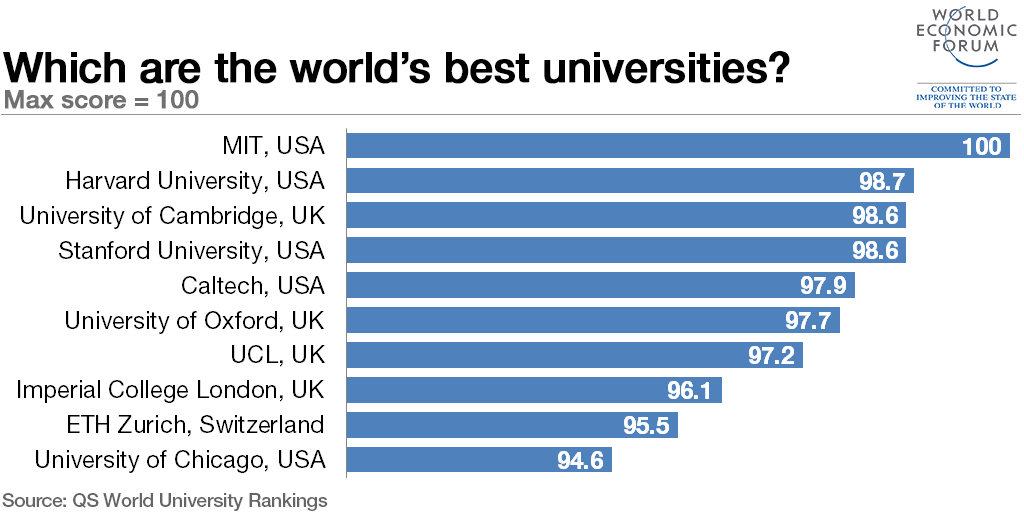 MIT is followed by Harvard in second place, two places higher than last year. The University of Cambridge and Stanford take joint third place – a fall of one place for the British institution, but a rise of four places for the California-based university. All three scored in excess of 98.5 this year.

The changes in position since the 2014/15 rankings are largely caused by a change in the way the scores are calculated: they now take into account the different levels of citations in various faculty areas. QS says this has made the ranking more balanced.

The 2015/16 top 10 is almost entirely comprised of American and British institutions, with the duopoly broken only by ETH Zurich in ninth place.

Have you seen?
Which are the world’s top 10 universities?
Where is the best university in the developing world?

A talent shortage is affecting economies globally and soon many workers will need reskilling. Improving education for working adults could be one solution.

A US university is introducing a new interdisciplinary climate and environmental studies major - the first time it's been treated as more than a pure STEM subject.