Which is the world’s top financial centre?

London has replaced New York as the world’s leading financial centre, according to the latest Global Financial Centres Index (GFCI).

The ranking first appeared in 2007, and the index is updated every March and September; this is the 18th edition. 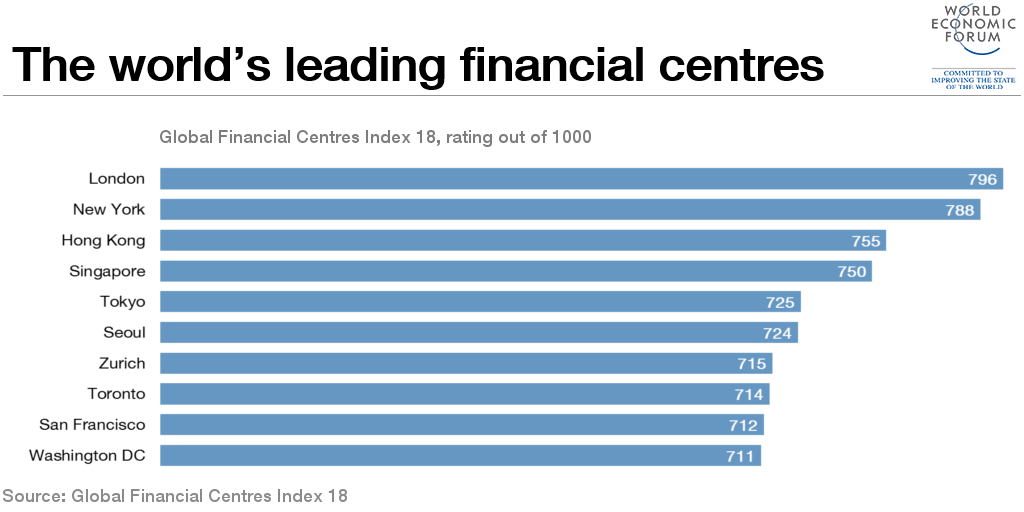 London’s rise to the top is on the back of an increase of 12 ranking points since March 2015, with New York moving in the other direction to second. Hong Kong completes the top three, 33 points behind.

The ranking is compiled by assessing measures across five broad competitiveness areas – business environment, financial-sector development, infrastructure, human capital and reputational and general factors. These are then used in collaboration with an ongoing online questionnaire, which is completed by international financial-services professionals. Responses from the previous 24 months are included for analysis.

Representatives from Europe, North America and Asia all appear on the list, with Toronto beating San Francisco and Washington DC to be the secondly most highly ranked North American centre.

Have you read?
What businesses can learn from New York City
Which financial systems are the most developed?
5 reasons we need to reshape global finance