Can we build cities that anticipate the future?

Our cities are built brick by brick, often using construction practices that have evolved little in the last century and giving little regard to proper planning and sustainable development.

Yet new innovations and technologies have produced progressive means of constructing the built environment to ensure that urban infrastructure, once in place, can make a valuable contribution to the workings of a city for centuries to come, withstanding many changes in use and function. Good urban infrastructure needs to anticipate change, be built to adapt and to be resilient.

The Global Agenda Council on the Future of Cities has detailed 10 of the most important urban innovations which will shape the future of our cities. At the heart of these innovations is an understanding that the cities of the future need to be flexible and adaptive, both on a day-to-day level – doing more with less space and resources – and in the long term, be able to adapt to the powerful mega-trends placing heavy pressures on the urban environment. The three key trends which will shape the agenda of cities for years to come are: demographic shifts, a changing environment and resource scarcity; and technology and business model disruption. 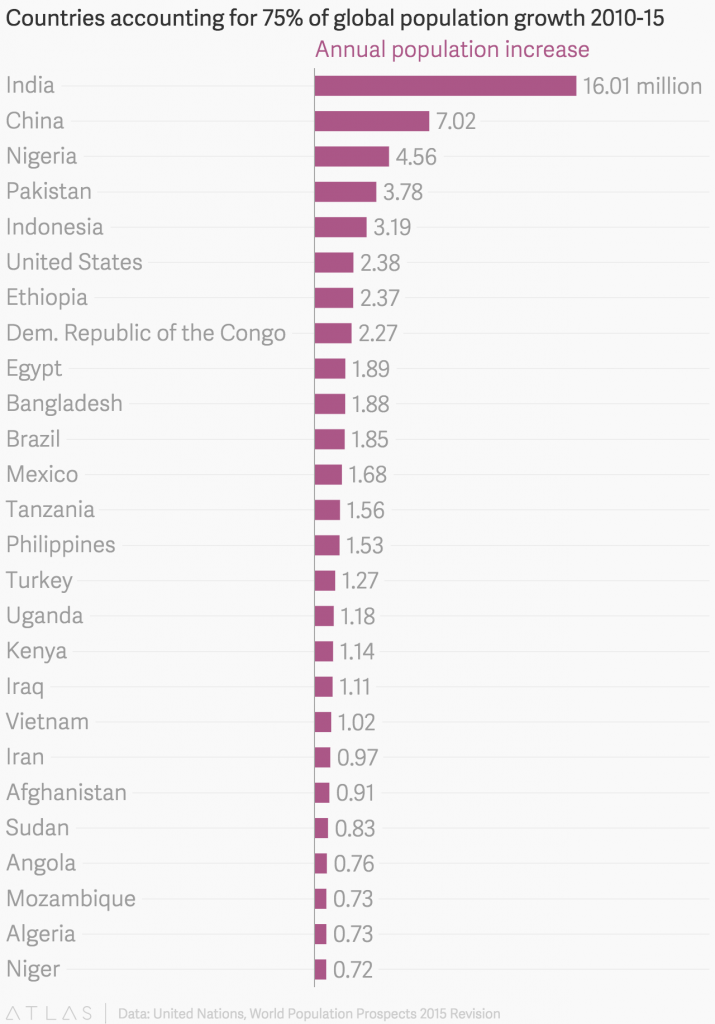 Unchecked urban population growth can lead to vast unsustainable urban sprawl, or the creation of dense slums with poor living standards. Cities will need to accommodate more people without increasing their urban footprint; increasing density, without decreasing quality of life. This can be achieved with reprogrammable living space such as MIT’s reprogrammable apartments or by building structures with multiple uses in mind, ensuring that they can be used for different purposes at different times of the day or week, such as reusing office space or schools for social or leisure activities during the evenings or at the weekend.

In the developed world, years of declining birth rates and longer life expectancy are leading to a rapidly ageing population, with its own set of challenges. The effects of this demographic shift are already being felt in countries including Japan, Italy, Germany and Norway, with pressure being put on cities to rethink the provision of urban infrastructure, embrace universal design and reuse and repurpose buildings and infrastructure that is becoming obsolete.

This trend is also increasing the demand for health and social services and the provision of housing that will meet the needs of people during their 100 year life. Tokyo is a city at the forefront of this trend; an estimated 200 schools per year are closing and the city is repurposing them as adult education centres, senior homes and places of leisure and exercise for the elderly. Cities in other advanced economies need to prepare for this eventuality.

The world’s climate over the next century is likely to shift dramatically. Increased occurrences of extreme weather events, desertification and rising sea levels all directly threaten the world’s cities. Fifteen of the world’s 20 largest cities are located in coastal zones threatened by sea-level rise and storm surges. To prepare for these challenges, cities need to be resilient, building coping mechanisms into their urban fabric. If well designed, infrastructure which protects against high impact climate events can also be flexible, serving a valuable purpose for the entirety of its life. Projects such as New York’s Dry Line, or Roskilde’s flood defence skatepark combine resilient infrastructure with a space for community leisure activities. 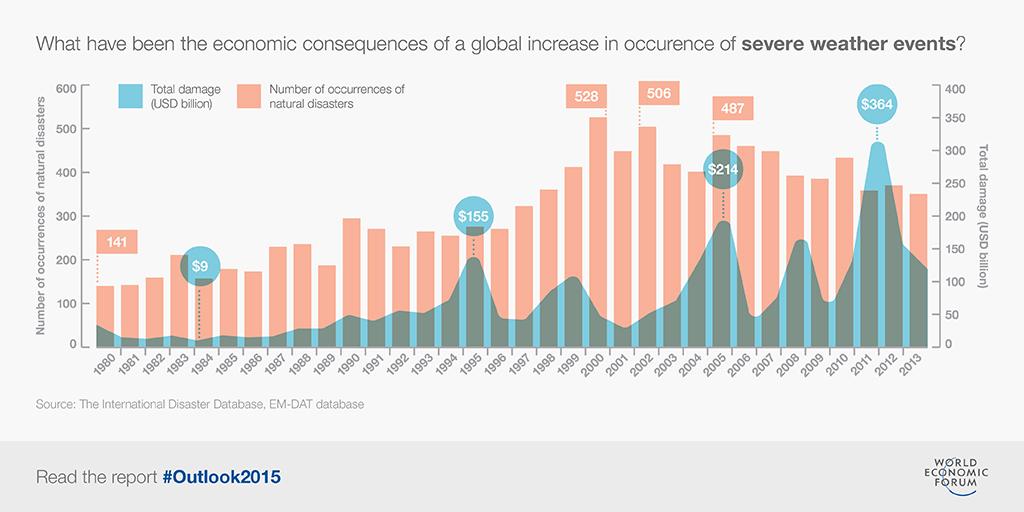 Source: Outlook on the Global Agenda 2015

The urban planner Patrick Abercrombie, who created London’s post-World War Two masterplan, reserved its hinterland as a “green belt” aimed to preserve the countryside, while also providing nourishment to the city. Today the city’s greenbelt is global, and water and resource scarcity in any region can easily disrupt the delicate balance between a city and its worldwide network of production.

The advent of urban farming will help to alleviate this risk. Urban farms are largely hydroponic – feeding water and nutrients directly to the roots – and closed loop, meaning they use up to 90% less water. They can be placed anywhere and stacked vertically making them up to 100 times more productive per hectare. By 2050, the world’s population will demand 70% more food than is consumed today, urban farms will help cities to feed their growing populations, creating a vertical green belt, adding flexibility into the food system with guaranteed yields and low risk supply chains.

Cities consume vast amounts of all resources, from the materials of which they are constructed, to the demands of their citizens for products and packaging. Cities cannot continue to follow a take/make/waste pattern, filling landfills and depleting finite resources and need to move towards a more circular economy. Systems of reuse and recycling need to be in place to smartly deal with waste and building materials themselves need to be designed for reuse. The European Union programme, Buildings as Material Banks, creates reusable buildings which store and record the value of their composite materials over their lifetime. Others use up-cycled materials such as shipping containers to provide low cost flexible housing to students and young professionals.

Cities are economic engines. According to McKinsey, 600 cities are responsible for 60% of global GDP. The healthy economy of a city sustains its population through salaries and entrepreneurial activity. However, all economic activity is subject to disruption; shifts in business models can create new opportunities, but cites from Detroit to Liverpool have seen the possible negative effects of industrial change.

In the fourth industrial revolution, we are likely to see the biggest industrial shifts in a generation, changing the way we work and live in the urban environment. Innovations such as 3D-printing, Artificial Intelligence and next generation robotics will shift models of work and production in ways that are impossible to predict. Cities and businesses need to be adaptive. Google, a company at the forefront of this change, anticipates that their business model could shift dramatically. Their new Mountain View headquarters is adapted for this, a series of giant domes under which any number of structures, fit for any purpose can be quickly assembled; making it completely reprogrammable for any eventual use case. Cities need to take a similar approach to construction.

The sharing economy can be defined as the distribution and sharing of excess goods and services between individuals, largely enabled by modern technology. This new model is having a deep impact on the urban environment. Many consumers are moving away from ownership and towards access, renting access to mobility, entertainment or space.

Companies of the sharing economy naturally add a layer of flexibility into the city. Airbnb, for example, allows people to rent out their apartments when they are out of town, easily increasing a city’s capacity to accommodate influxes of visitors as demand increases. As the sharing economy develops similar companies will enable cities to turbo charge their efficiency, ensuring that no excess capacity is wasted.

Humanity faces the mammoth task of adding over 2 billion people to the urban population before 2050, the equivalent of creating a city the size of London every month for the next two decades. In order to house, feed and employ these people, cities will have to do more with less, they have to be smarter, greener and more efficient. They will have to innovate.