It’s getting hot in here: 3 charts show 2015 will be the warmest year yet

Data on global temperatures for September, released by the National Oceanic and Atmosphere Administration (NOAA), show that 2015 is set to be the hottest year since records began in 1880. Most (but not all) parts of the world are warmer than average, with the Middle East and Latin America particularly affected.

NOAA described September’s high temperature as “… the greatest rise above average for any month in the 136-year historical record”.

Data from Japan’s Meteorological Agency shows how volatile global temperatures can be. But there’s concern about the degree to which the data is now exceeding the medium-term uptrend. 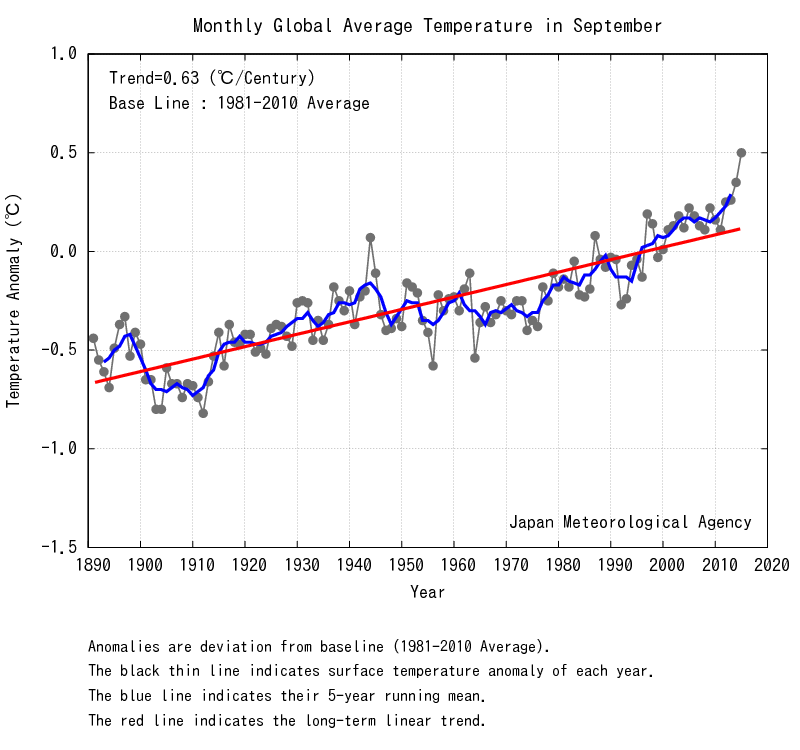 Barring an unforeseen cold snap, the data suggests that delegates for crucial climate talks in Paris in December, known as COP21, will meet with the world at its warmest for well over a century.

Have you read?
July 2015 was the hottest month ever
What the world thinks of climate change
Chart: global warming is speeding up

Author: Mark Jones is Head of Digital Content for the World Economic Forum

Image: Steam from one of the city’s heating power plants rises in the cold air as the sun sets at dusk in Bucharest January 7, 2015. REUTERS/Radu Sigheti