The countries with the most spoken languages

Papua New Guinea has 839 different living languages, nearly three times as many as Europe, which has 286, according to Ethnologue, a catalogue of the world’s known living languages. A “living” language is defined as having at least one speaker for whom it is their first language. Languages used only as a second language are not included in this ranking. 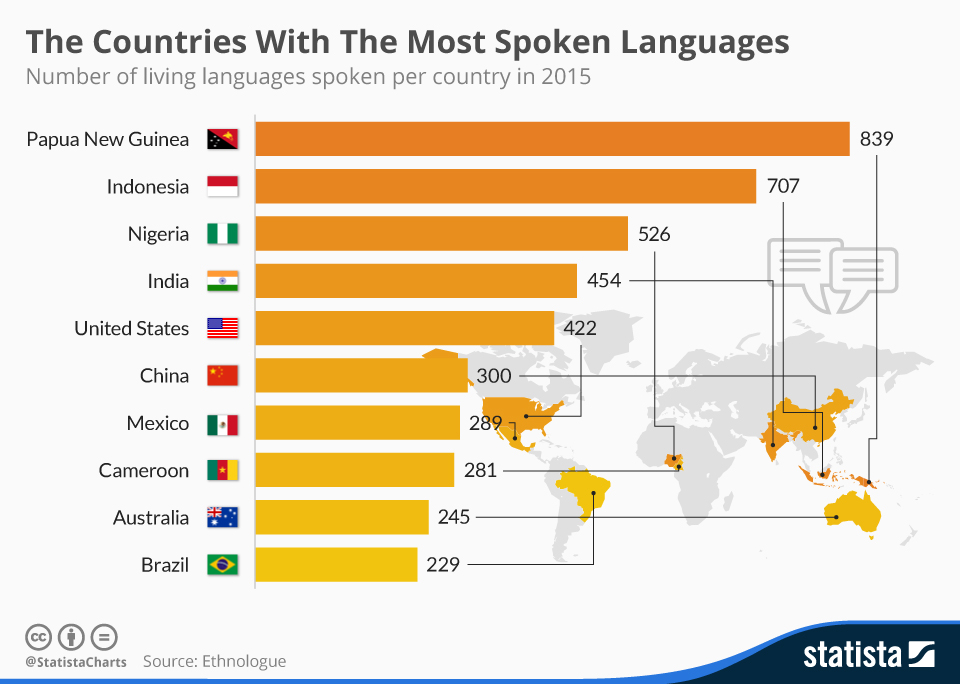 Have you read?
How learning a language improves your brain
Why your language changes your view of the world
How to communicate well in a foreign language

Image: A man speaks on a mobile phone in front of a closed shop displaying an advertisement for Uninor on its shutters in Mumbai February 6, 2012. REUTERS/Danish Siddiqui