Which country has the highest level of well-being?

The Americas scored highest for overall well-being, also showing the most satisfaction in the categories of purpose, social and community. 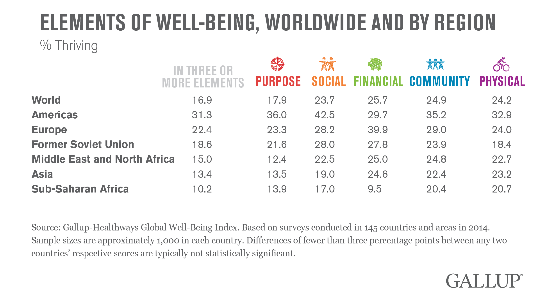 Of the top 10 nations, Panama had the highest score, with 53% of its population saying that they were thriving in at least three of the five categories. Costa Rica and Puerto Rico, in second and third place, were the only other two economies to rise above the 40% overall mark. Latin America represented seven out of 10 of the highest-ranking nations. Europe was represented by Switzerland, Denmark and Austria. 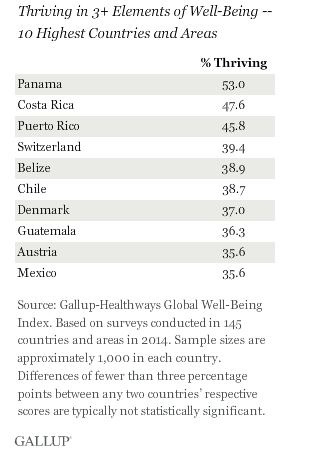 Image: A girl laughs while playing at a fountain. REUTERS/Enrique Castro-Mendivil