Which is Asia’s leading financial centre?

Hong Kong is Asia’s top financial centre, according to the latest Global Financial Centres Index (GFCI). The ranking first appeared in 2007, and the index is updated every March and September, with this the 18th edition. 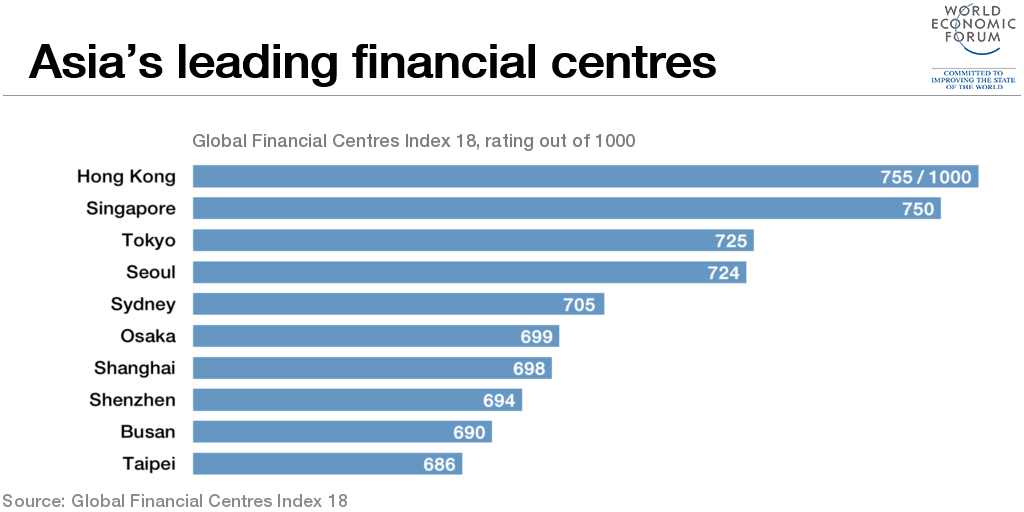 Following Hong Kong in second place is Singapore, just five points behind. Both these centres actually saw a fall in their rating in September’s edition, by three and four points respectively. This is not enough to see Tokyo, in third, climb the ranking, despite an increase in its own rating.

Overall, the Asia/Pacific region has seen a rise in ratings, with four of the world’s top six centres now found here. Asia’s traditional economic powerhouses provide all the centres featured in the list, including representatives from Australia, Taiwan and South Korea.

The ranking is compiled by assessing measures across five broad competitiveness areas – Business Environment, Financial Sector Development, Infrastructure, Human Capital and Reputational and General Factors. These are then used in collaboration with an ongoing online questionnaire, which is completed by international financial services professionals. Responses from the previous 24 months are included for analysis.

Image: A man walks past buildings at the central business district of Singapore February 14, 2007. REUTERS/Nicky Loh