Which languages do Europeans learn?

At primary-school age, only 3% of children will start learning the second and third most popular languages, French and German. In upper secondary education, 94% of all EU students will have English classes. Roughly 20% of students learn French or German while 18% will learn Spanish. Over half of all secondary school students in EU countries are required to learn at least two foreign languages. Unlike their mainland counterparts, over half of British students have no second-language education at all.

There are currently 24 official languages in the European Union. 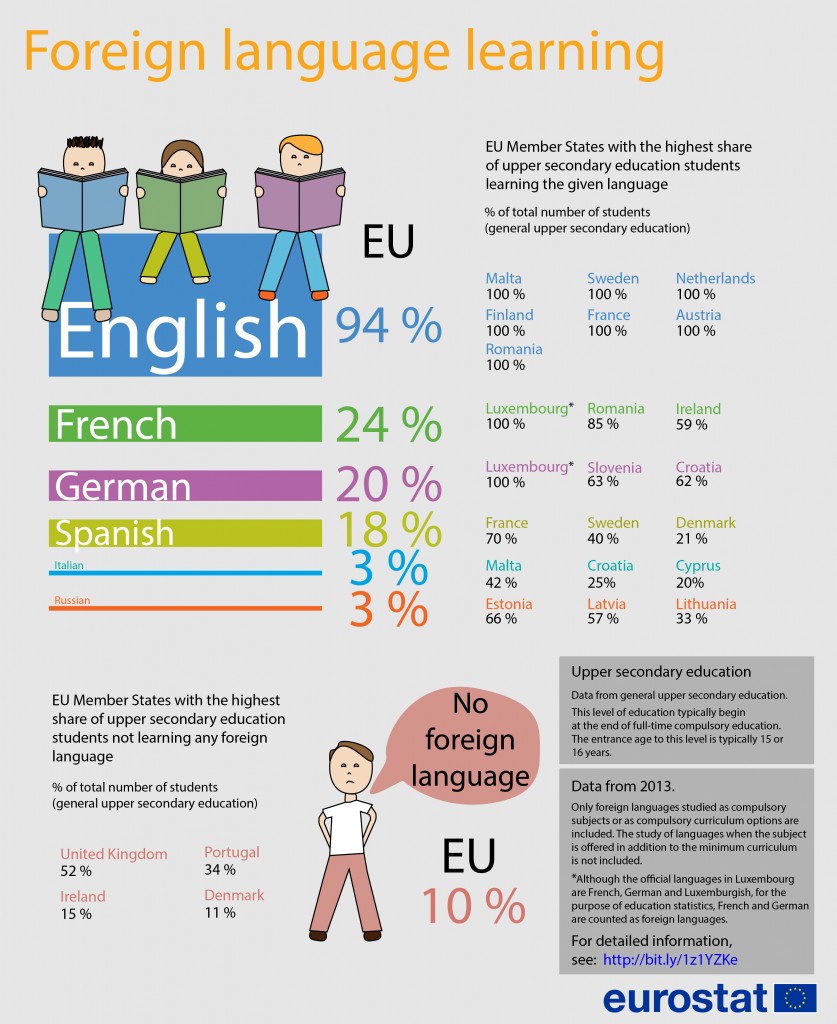 Have you read?
How your language changes your worldview
Which countries have the most spoken languages?
How learning a language improves your brain

Image: The EU and the Union flags fly outside the European Commission Representation in central London. REUTERS/Stefan Wermuth