I am a migrant

​In 1964, I came to the United States from South Korea, then an extremely poor developing country that most experts, including those at the World Bank, had written off as having little hope for economic growth.

My family moved to Texas, and later to Iowa. I was just 5 years old when we arrived, and my brother, sister, and I spoke no English. Most of our neighbors and classmates had never seen an Asian before. I felt like a resident alien in every sense of the term.

Over time, my family integrated into our adopted homeland, which in many ways has come to understand the benefits of diversity and multiculturalism. Still, as Pope Francis so powerfully underscored in his remarks to Congress last month, the United States — a nation built by immigrants — needs to do more to embrace “the stranger in our midst.”

My experience as a migrant was not easy, but it was nothing compared to the odysseys endured by the millions of refugees who have been moving by foot, train, boat, and car, first to neighboring countries and more recently into Europe, to flee unremitting brutality. The differences between refugees such as Syrians, whose lives have been torn apart by war, and economic migrants like me are enormous. For host countries, resettling refugees and opening doors to migrants can present different challenges. But just as an inflow of working-age migrants to a country with an aging population can benefit all parties, an influx of refugees can be an asset to those countries, including those with limited resources, that take them in.

Turkey has 1.9 million Syrian refugees, more than any other country. The Turkish government has spent more than $7.6 billion on the refugee response. It also has allowed the majority of these registered refugees to stay outside of camps, given them freedom of movement and protection against forced return, and attended to their immediate needs. The refugees have access to health care and increasing access to education.

How has this affected Turkey’s economy? Many of those Syrians who arrived with assets have invested in Turkey. In 2014, Syrians accounted for 26% of the new foreign businesses registered in Turkey. Recent analysis by the World Bank shows that while the influx of Syrians has displaced Turkish workers from the informal labor market, those workers have also benefited from a greater formalization of the labor market, which has allowed them to move into formal jobs with better wages. Preliminary findings suggest that poverty rates fell faster in regions hosting Syrian refugees than elsewhere; more study is needed to learn whether the refugees’ arrival was a contributing factor.

At the same time, though, the large number of Syrians in Jordan and Lebanon have vastly increased the overall demand for water, electricity, schools, and hospitals, placing great strains on those countries. The international community has contributed humanitarian aid to the refugees and, to a limited extent, to the host countries. But much more is needed. 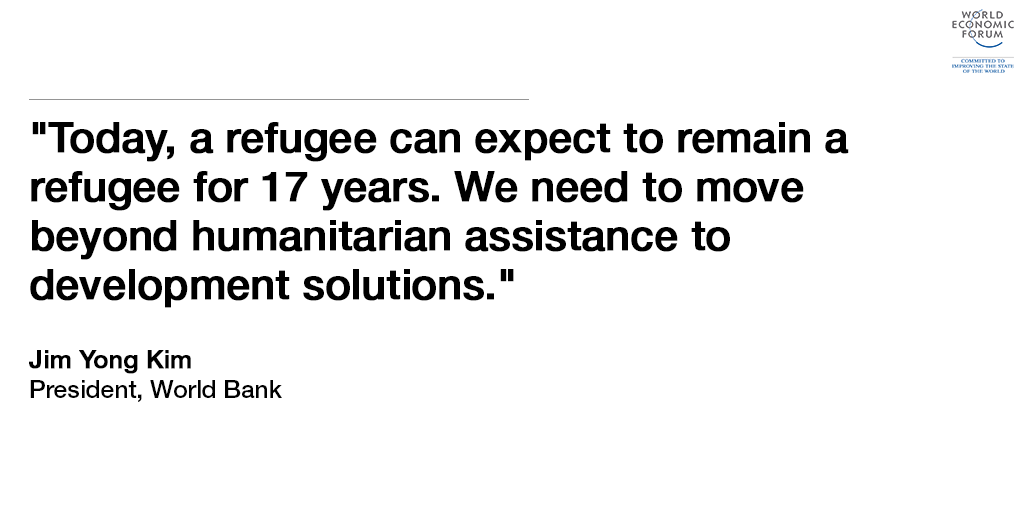 Today, on average, a refu­gee can expect to remain a refu­gee for 17 years. So we need to move beyond humanitarian assistance to development solutions. If host countries can create a path for refugees to participate in their economies — as Turkey is doing — everybody benefits. These benefits are even greater when rich countries, especially those with declining populations, take in refugees. Most of the evidence suggests that refugees, like economic migrants in general, work hard and contribute more in taxes than they consume in social services.

I was recently in South Korea, where I raised the issue of accepting immigrants, whether they are from neighboring Asian countries or anywhere else. I asked whether a person from Indonesia or Tanzania or Syria could ever become a “hyphenated Korean,” as I’ve become a Korean-American. The answers I received made it clear that, despite the great benefits that Koreans have derived from being able to move to all corners of the earth, “Syrian-Koreans” probably will not be accepted as full members of Korean society anytime soon.

But South Korea, like many wealthier countries, has an aging population, and it needs an influx of younger workers to continue on its remarkable path of economic growth. The great challenge for many advanced economies is to manage such changes and welcome migrants and refugees with a plan to help them settle and perhaps eventually become citizens, just as I became a citizen of the United States at the age of 12.

This is a smart strategy, especially during these times of low global economic growth. Countries that welcome refugees, and help other countries to productively host them, will be doing the right thing — both for our fellow human beings who are suffering and for the global economy.

Author: Jim Yong Kim is the President of the World Bank

Global migration, by the numbers: who migrates, where they go and why

Why it's time to celebrate migrants

These German businesses are hiring refugees to plug the skills gap

Neil Gaiman's poem on a scarf: warm words for refugees

Flooding is predicted to displace 50 million people a year by 2100. What's being done?

Here’s how community lending could help refugees find their feet