Does the US have a student loan problem?

SAN FRANCISCO – One of the fundamental purposes of government is to advance important public goods. But, if not handled carefully, the pursuit of significant social goals can have unfortunate economic and financial consequences, sometimes even leading to systemic disruptions that undermine more than just the goals themselves.

This happened a decade ago in the United States, with the effort to expand home ownership. It has been playing out more recently in China, following an initiative to broaden stock-market participation. And it could happen again in the US, this time as the result of an attempt to improve access to funding for higher education.

In the first case, the US government eagerly supported efforts to make mortgages more affordable and accessible, including the creation of all sorts of “exotic” lending vehicles. The approach worked, but a little too well. The surge in debt-enabled demand drove up real-estate prices, while banks’ greater willingness to lend led many people to purchase homes they couldn’t afford. The collapse of the subsequent bubble – a major contributor to the 2008 global financial crisis – nearly tipped the world economy into a multi-year depression.

In China’s case, the government hoped that broader stock-market participation – achieved through efforts to bolster equity prices and promote lending for investment – would make citizens more open to pro-market reforms. Again, the approach proved too effective, and a bubble formed. Now, the government is trying to counter the risk of a disorderly deleveraging that would damage the Chinese economy and produce significant knock-on effects for the rest of the world.

America’s effort to expand access to student loans – a fundamentally good initiative, aimed at enabling more people to pursue higher education – carries similar risks. Fortunately, there is still time to do something about it. 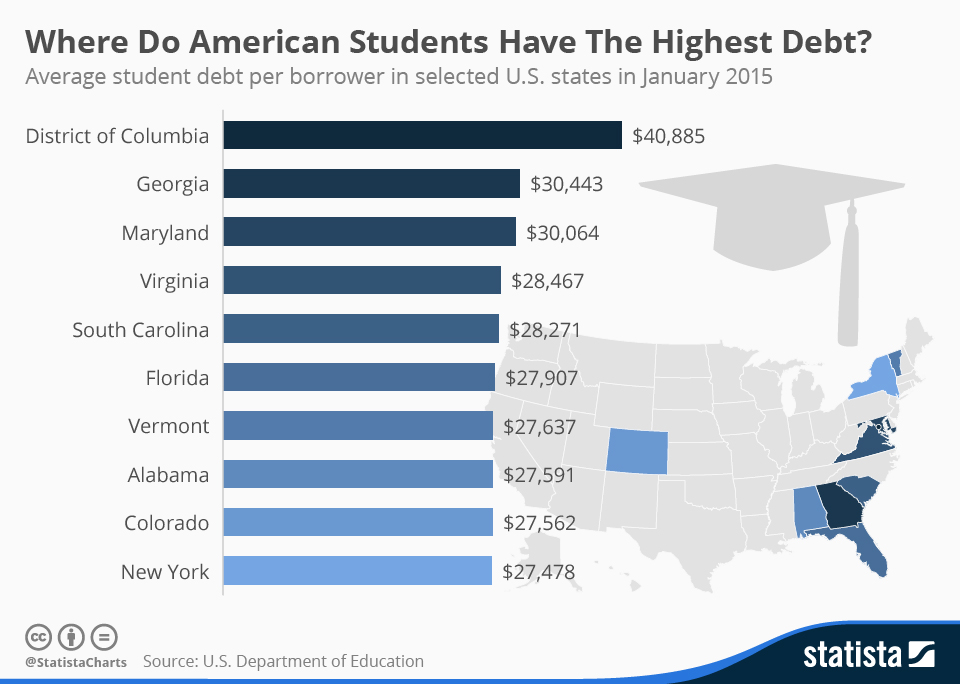 No one doubts that investment in education is vital. Numerous studies have shown major returns for individuals and societies alike. Higher levels of educational attainment improve overall economic wellbeing and prosperity, lower retirement burdens, and enhance social mobility and satisfaction. The unemployment rate for college graduates in the US, at 2.5%, is roughly one-third the rate for those without a high school diploma.

What policymakers must determine is how to invest in education in ways that maximize these benefits, without creating new risks. This is where the US risks falling short.

Over the last ten years, the combination of higher tuition fees, more student enrollment, and greater reliance on loans has caused the stock of outstanding student debt nearly to triple. It now stands at well over $1.2 trillion, more than 60% of which is held by the bottom quartile of households (those with a net worth of less than $8,500).

Making matters worse, the return on investment in education is falling, because the economy is growing slowly and changing rapidly, making it difficult for some graduates to secure employment that takes advantage of their knowledge and skills. Universities are often slow to adapt their curricula to the economy’s needs, while new technologies and business models are exacerbating the winner-take-all phenomenon.

If the return on investment in education continues to decline, the servicing of student loans will tend to crowd out other consumption and investment outlays, especially given that student debt has considerable seniority in the capital structure. In this scenario, the risks of default and delinquency would rise, along with financial insecurity and general instability, all of which would exacerbate the inequality trifecta (income, wealth, and opportunity).

The good news is that, though some 10% of borrowers already face repayment problems, the macroeconomic and financial tipping points remain some way off. But this is no excuse for complacency; it merely provides time for a concerted effort to implement measures that will ameliorate the destructive trends stemming from student loans.

First and foremost, US politicians need to take full responsibility for economic governance, seeking not only to boost growth, but also to avert a reduction in long-term growth potential. After depending on unconventional monetary policy for far too long, the US Congress needs to adopt a more comprehensive approach, with measures aimed at improving worker training and retooling, modernizing education curricula, and incorporating transformational technologies more effectively into the economy. Increased infrastructure investment, better corporate-tax policies, and an updated budgetary approach are also needed.

For their part, universities – which have benefited considerably from the wide availability of student loans – should rein in their costs, while offering more direct financial aid funded through philanthropy. Some universities have already adopted “no loan” policies; students’ demonstrated financial need is met entirely with grants financed by the university and other donors. Not all universities need to go this far – and most can’t, because they lack large enough endowments to cover the costs. But a broader move in the direction of non-debt financing of higher education is needed.

Efforts could also be made to encourage households to save more, starting earlier, for education. Student loan disclosures should be made more transparent, thereby enabling applicants to make responsible decisions, with lower-cost two-year community colleges serving as a useful stepping stone to a traditional college education. And more could be done to expand income-based repayment schemes.

None of these measures will be easy. But if implementation continues to lag behind realities on the ground, the challenges will be far greater down the road. As borrowers’ growing debt burdens limit their financial flexibility and productive contribution to the economy, the policy emphasis will shift from mitigating future risks to reducing indebtedness directly through loan forgiveness and bailouts. That would raise thorny issues of fairness and misaligned incentives, and could ultimately have the perverse effect of reducing educational access.

These 3 charts show the global growth in online learning

As technology redraws the world we live and work in, online learning offers a way for people around the world to reskill and access new opportunities.

Nearly 90% of college students in the U.S. believe that colleges and universities are facing a mental health crisis, exacerbated by effects of COVID-19.