How does your economy compare to US states?

California and Texas — the two largest US state economies — are roughly the same size as Brazil and Canada, respectively 8th and 10th largest national economies.

This map from howmuch.net compares US state economies to countries with similar GDP. It is based on data from the IMF and the Bureau of Economic Analysis. 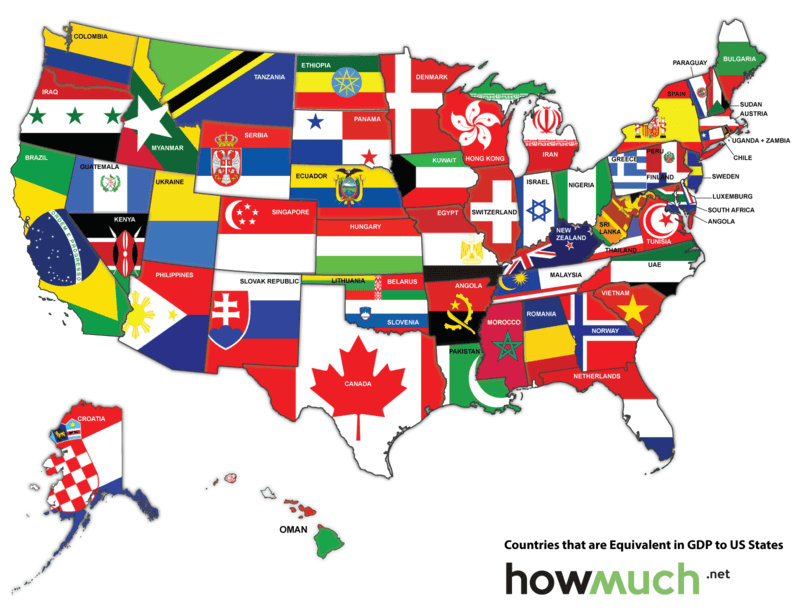 With less than half the population, New York’s economy is the same size as Spain’s. Florida and the Netherlands have comparable economies. Illinois and New Jersey have similar economic activity to Switzerland and Sweden.

Towards the other end of the spectrum, the GDP of Ohio (population 11.6 million) is roughly the same as rapidly growing Nigeria (population 173.6 million.)