Twin suicide bombers in Beirut were followed the very next day by the coordinated attacks in Paris. These were preceded by news reports that “more likely than not” a bomb brought down the Russian plane over Egypt’s Sinai, together with the claim by a Daesh  (the Arabic acronym for ISIS) affiliate that it was behind that attack. , These attacks underscore the dangers of violent extremism. People of many different nationalities have been victims of violent extremist acts in the Middle East, Europe, Africa, Asia, and North America.

How to prevent violent extremism? A recent meeting of the Club de Madrid, which is an organization of democratic former presidents and prime ministers who get together regularly to work on issues that are important for the world tried to provide some answers to this question. They developed a 10-point framework to stop violent extremism, and one of the 10 points was inclusion.
According to the former world leaders gathered at the conference, “systematic exclusion creates injustice and unfair treatment, it can produce a toxic mix that allows violent extremism to flourish.” They also state that “political leaders everywhere have a duty to represent all their citizens, empower women and young people, and ensure that individual, group and community has equal access to economic development and other opportunities.” 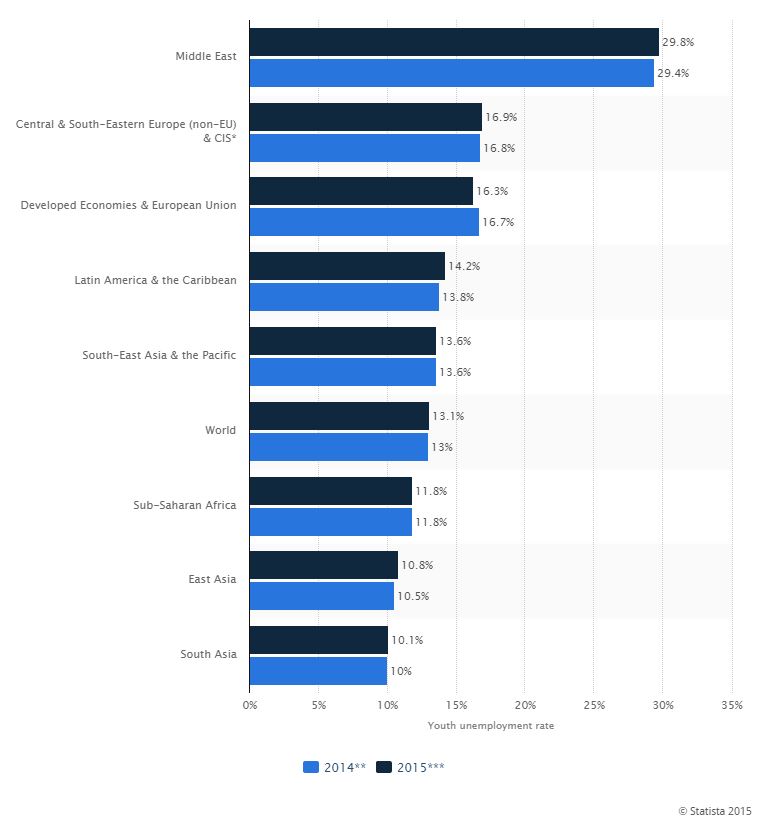 There is little empirical evidence linking specific economic variables like poverty, unemployment, or education levels, to violence and instability. While there is more violent extremism in poorer countries, there is no strong evidence that the poor in those countries are more likely to join violent groups than the non-poor, nor is there strong evidence that poorer regions in a country are more likely to be more violent and unstable. Similarly, unemployment by itself does not appear to be strongly correlated with violence. Lack of education also does not seem to explain this phenomenon.

This means that the usual statements about violent extremism— “it’s all about poverty,” or “we should focus on job creation,” or “we need to fix the education system”—are probably wrong. Or at least still need to be validated. Of course low- and middle-income countries must fight poverty, expand employment, and improve education. But these actions alone may not be sufficient to achieving peace and stability in situations of fragility and conflict.

However, violence and instability seem to be linked to a sense of injustice due to economic and political exclusion, as well as to a weak or predatory state that does not deliver for its citizens. The actual or perceived marginalization of important segments of society often provides a pretext for recourse to violence. For example, it could be argued that Daesh was able to grow by capitalizing on the perceived marginalization of the Sunni populations in Iraq and Syria.

The excluded or marginalized groups are not always identified by their religious or ethnic affiliations. For example, in many Arab countries youth are a marginalized group. Regions within a country, such as Western Tunisia or Upper Egypt, could feel marginalized. In the Arab world, women could also be considered as a marginalized group, with very low labor force participation rates and very high unemployment rates.

The turmoil in the Arab World could be, at least partly, explained by a perception of social injustice. As Arab societies grew and prospered, large groups (probably the majority of the population) felt that they were not getting their fair share (for more on this, see this World Bank study). A small elite of business people and politically-connected groups were reaping most of the benefits, leaving the majority of young people, rural dwellers and women behind.

That is why efforts to prevent violent extremism in the Arab World should include policies and programs that aim at improving economic and social inclusion. Those could be:  developing more inclusive and accountable economic institutions; creating more opportunities for youth through reform of the framework for private sector development and the modernization of the education system; supporting the development of lagging regions and rural areas; and empowering women.

It is high time for Arab governments and their international partners to focus on the economy and on building inclusive institutions. An almost exclusive focus on very divisive political and identity questions since the Arab Spring started in late 2010 has contributed to the current malaise. Peace, stability, and democracy in the Arab world will only be achieved if all Arab citizens, especially youth, are fully included in their countries’ economy and society; and if they feel that their voices are heard in the various institutions of governance.

Author: Hafez Ghanem is the Vice President of the World Bank for the Middle East and North Africa.

How emerging markets will shape Africa in 2020

Locust swarms are devastating agriculture across the Horn of Africa