Which country just had the biggest online shopping day in history?

For many years, Cyber Monday – the first Monday after US Thanksgiving – was the biggest online shopping day of the year, until it was surpassed by China’s Singles Day in 2012.

Now, it’s not even close.

China’s e-commerce giant Alibaba, which started marketing Singles Day in 2009 as an ‘anti-Valentine’s Day’ shopping binge (November 11 was chosen because of the connection between singles and the number ‘1’), says that the value of merchandise it has sold so far has already outstripped last year’s total of $9.3 billion.

This chart, from Reuters Graphics, shows how quickly the Chinese shopping extravaganza overtook its US counterpart. 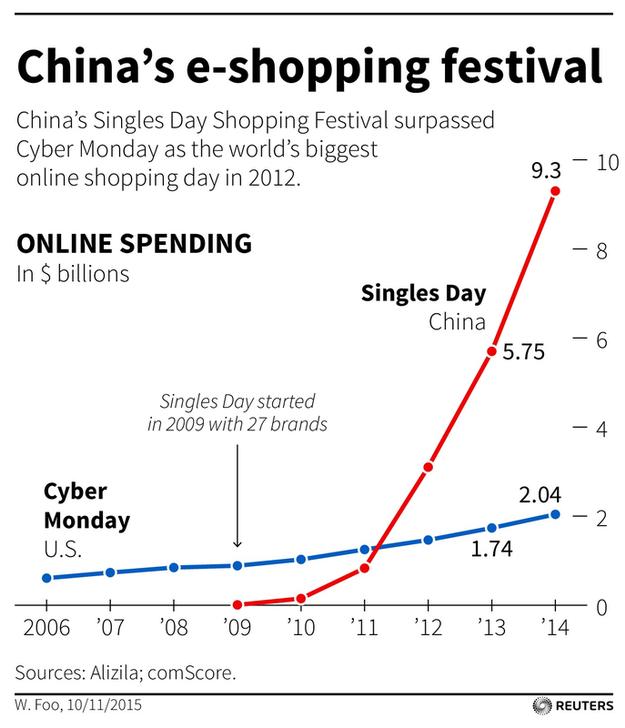 Daniel Zhang, Alibaba’s chief executive, had promised in a statement that “the whole world will witness the power of Chinese consumption”. The 2015 numbers are indeed staggering.

This is despite sluggish growth in China, which slowed to 6.9% in the third quarter, the weakest since the global financial crisis. 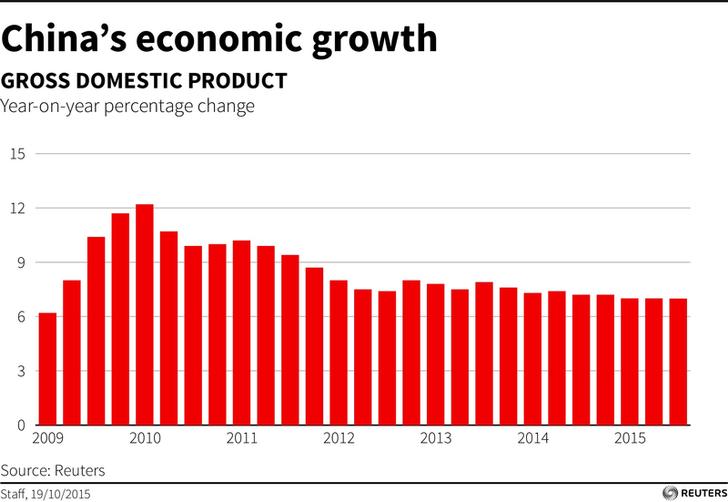 One way in which China hopes to reverse this trend is by attracting more foreign retailers to the country. Alibaba, for example, is about to open its third US office in New York (the others are in Washington and San Francisco).

“This year’s event is more global with international players joining in. Alibaba aims to both attract more international players selling products to China and the domestic players to expand to the overseas markets,” Fangting Sun, a senior research analyst with Euromonitor, told Bloomberg.

With over 360 million online shoppers (compared to 198 million in the US), an e-commerce market on track to break through the $1 trillion mark in 2017, and a middle class that has grown from 157 million a decade ago to over 520 million today, what started as a minor Chinese holiday could soon become a global phenomenon.

Everything you need to know about the coronavirus

This is how digital banking could boost China’s economy

There's been a spike in the number of deaths from coronavirus