Which US colleges are most likely to boost students’ future salaries?

The Economist has ranked US colleges based on the differences between graduate’s expected earnings and their actual earnings. The top US college is Washington and Lee University, a liberal arts college in Virginia.

The ranking assesses the economic value of a university by evaluating the gap between how much money its graduates earn versus how much they might be earning if they had studied elsewhere. This is calculated using a multiple regression analysis, taking into account a number of variables including SAT scores, college size and the mix of subjects being studied. In total 1,275 institutions were included in the ranking. 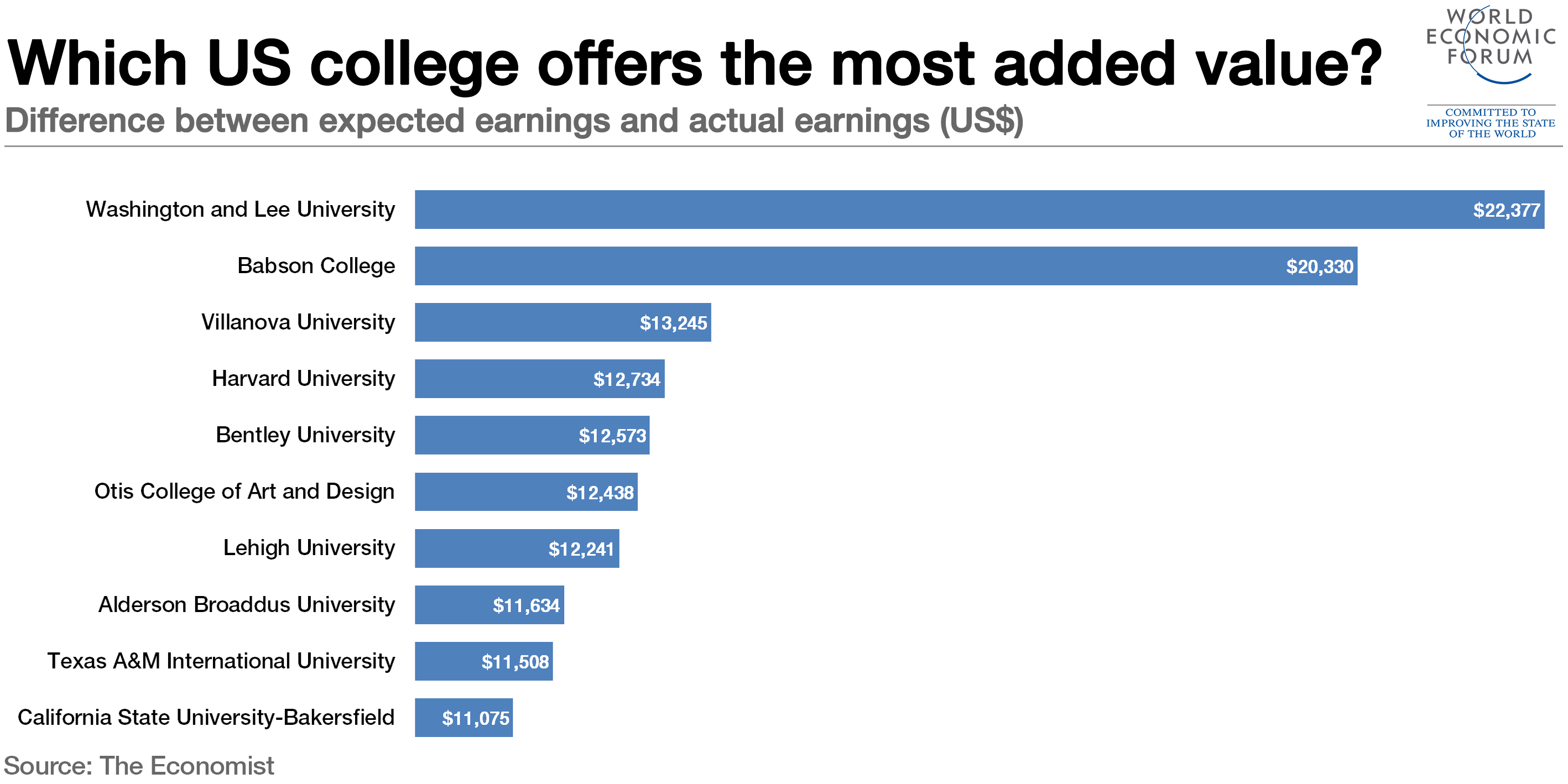 Following Washington and Lee in second place is Babson College, Massachusetts, where the difference between expected and actual earnings is over $20,000. Villanova University, a private university in Pennsylvania, completes the top 3 with a difference of $13,245.

The list is noticeably different to many rankings of US institutions, with traditional tertiary education powerhouses such as Stanford or MIT not appearing in the top 10. Harvard does, however, take 4th place. While accepting the limitations of their methodology, the Economist argues that its ranking represents an alternative way of viewing US colleges.