Are Europeans happy with their governments?

A YouGov poll taken across a selection of European countries has found negative net approval ratings in all nations surveyed. European nations have been entangled in a number of long-term crises – from major economic problems to migration – which are likely to affect approval ratings. And data going back to 2012 shows this is part of a familiar trend, with only Norway showing any sustained period of positive attitudes.

As the World Economic Forum’s Outlook on the Global Agenda 2015 report highlights, the erosion of trust in politicians is a major global trend – especially so since the financial crisis dating from 2008. The Forum’s report puts trust in government across the globe at 44%, while trust in the private sector stands at 55%.

The following chart shows the results of the survey, revealing the latest net approval ratings as of November 2015. 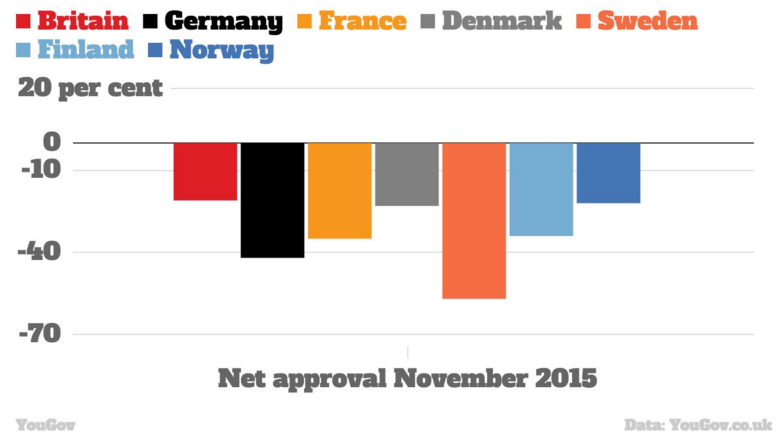 The highest level of dissatisfaction is seen in Sweden, followed by Germany and then France. The two top-scoring countries are the UK and Norway, but they still show negative approval ratings in excess of 10%.

Interestingly, there remains broad approval for the EU except in the UK. 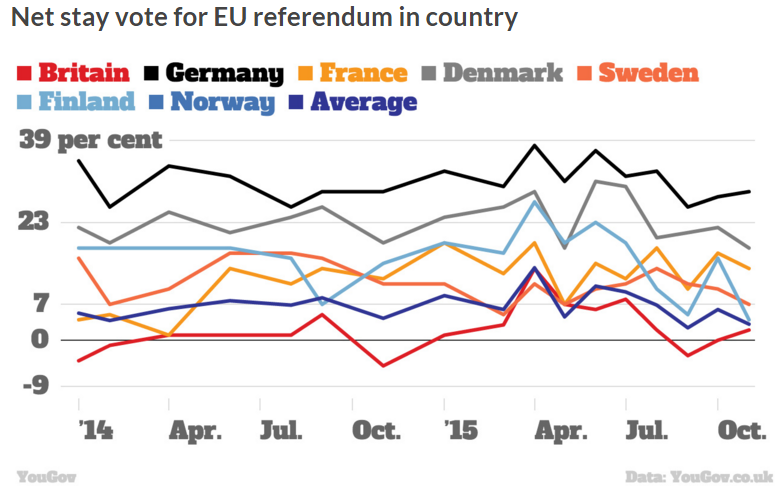 Support for the EU remains strongest in Germany across the sample period, and is lowest in Britain, where opinion has been marginally positive for most of the period.

How can Europe become more competitive?