Is the Middle East on the cusp of a healthcare revolution?

On a recent visit to Jordan and Egypt, as part of a trade mission led by the United States Department of Commerce, I was struck by the potential for the surrounding region to become a major hub for cutting-edge medicine. With the right policy mix and enough political will, the Middle East could become an important part of the world for health-care research. In particular, it has a critical role to play regarding pharmaceutical clinical trials designed to investigate the influence of patients’ region of ancestry on the safety, efficacy, and effectiveness of treatments.

As our understanding of genetics expands, it is becoming clear that our ancestral origins play a key role in determining the efficacy of certain medicines. For example, studies have shown that patients of European ancestry respond better to beta blockers and ACE inhibitors than those of African descent. And continental origins are often considered when selecting optimal antihypertensive and cardiovascular drug therapy.

Genetic research has also expanded our understanding of diseases. For example, research by the US Agency for International Development (USAID) found that epidermolysis bullosa, a debilitating inherited skin disorder, has a different genetic signature in patients from the Middle East than in those from other parts of the world.

As our understanding of diseases grows, more research is needed to determine the effectiveness of sophisticated new medicines in specific patient populations around the world. Such investigations are already underway in some regions. In Asia, the Human Genome Organization established the Pan-Asian Population Genomics Initiative to study genetic diversity and evaluate variations in drug response in the region. In Mexico, the Institute for Genomic Medicine is genotyping the country’s entire population.

Establishing a similar effort in the Middle East will require collaboration among pharmaceutical companies, academic institutions, non-profit organizations, governments, and health-care providers. Organizations like USAID and the US Naval Medical Research Center, which are already conducting clinical research in the region, could become valuable partners in coordinating and managing trials.

The first step that the Middle East can take is to align regulations across the region, with countries agreeing on the parameters for testing drugs’ safety and efficacy in the local population. Clinical activity is increasing across the Middle East, and the health-care ecosystem needed to support research is growing in size and sophistication. And yet, when it comes to new treatments, regulatory bodies in the region generally follow decisions made by the US Food and Drug Administration (FDA) and the European Medicines Agency (EMA), without extensively studying a drug’s safety and efficacy on local patients.

Approvals must take place on a national level, but regional leadership will be necessary. Jordan, for example, has a sophisticated health-care system and a thriving medical tourism sector. It is also the site of an increasing number of clinical trials. As such, it is well placed to set the standard for research required to show a drug’s safety and efficacy in patients of Middle Eastern ancestry.

It is important to move quickly. The incidence of chronic diseases is increasing rapidly across the Middle East. According to the International Diabetes Federation, rates of diabetes in the Middle East and North Africa will rise 96.2% by 2035, with the United Arab Emirates, Oman, and Qatar predicted to have the highest growth rates. Likewise, the World Health Organization estimates that more than a quarter of adults in Egypt have hypertension, while cardiovascular diseases account for 35% of all deaths in Jordan. Developing new, more effective treatments will be crucial to addressing these challenges before health-care costs spiral out of control. 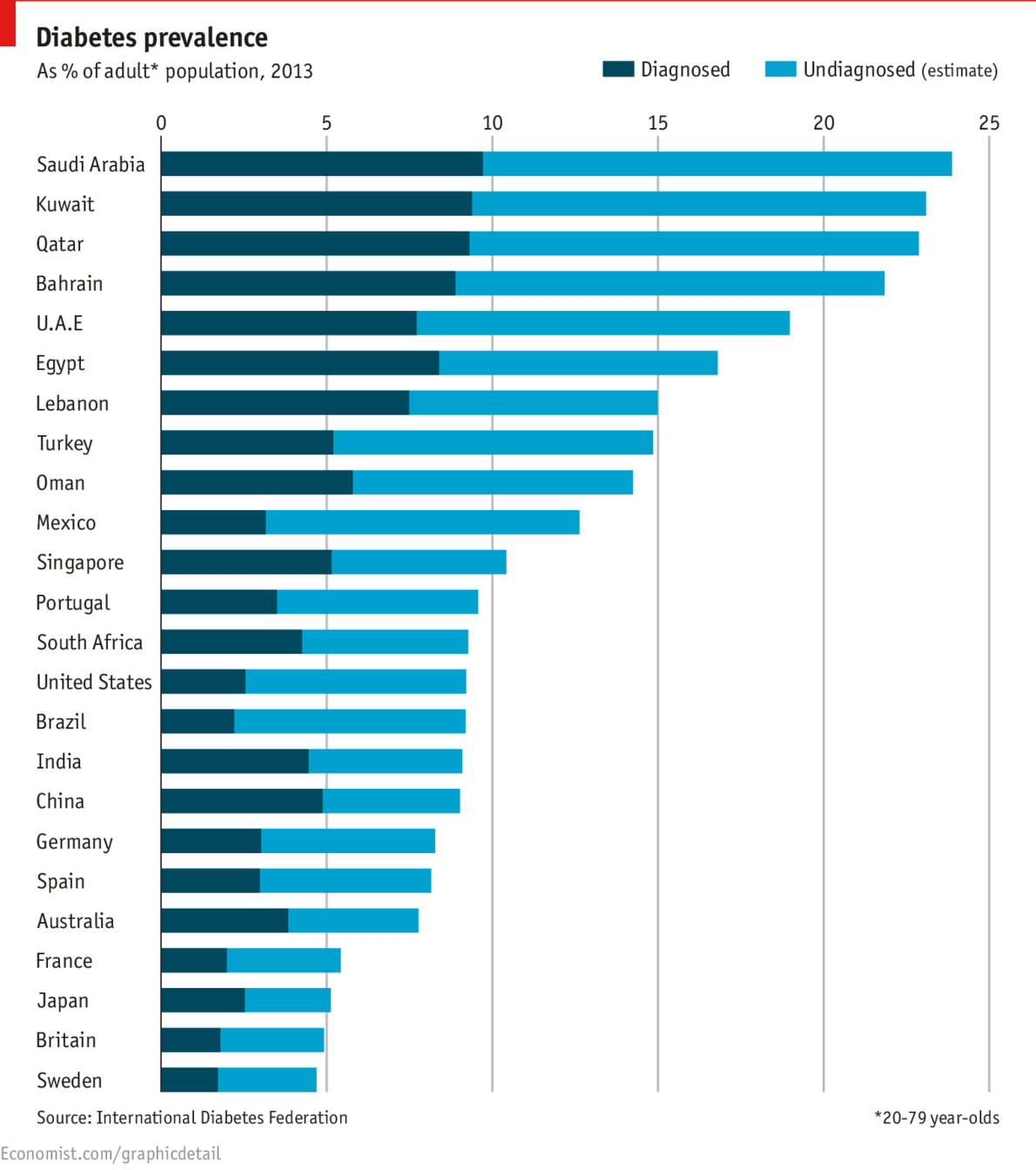 The Middle East is best known for its ancient historical sites, political instability, and abundant natural resources. But, by developing its ability to make medical advances, the region could become a world leader in deepening our understanding of the role of genetics in the safety and efficacy of medical treatments.

Image: Test tubes filled with samples of bacteria to be tested are seen. REUTERS/Suzanne Plunkett

More on Middle East and North Africa View all

Besides widely known pan-tropical trees like mango and papaya, a myriad of lesser-known indigenous trees play a major role in the diets of millions of people.

How Saudi Arabia's ancient AlUla region is building for the future

UN: Time is running out to save Yemen from famine

Rising youth unemployment in the Middle East is a problem that can be fixed. Here's how