Last month was easily the warmest November on record, according to new NASA figures.

The global average temperature that month was 1.05 degrees Celsius hotter than the 1951 to 1980 average, as NASA’s Land-Ocean Temperature Index shows. 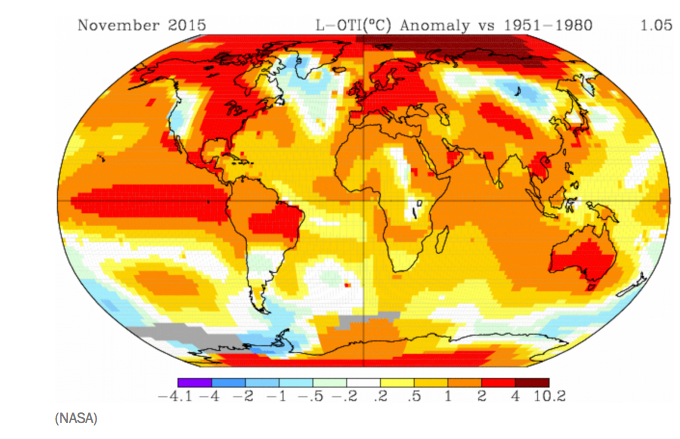 It is also the second consecutive month that the Earth’s temperature exceeded the average by at least 1C. It happened for the first time in October, when the global temperature was 1.06C above the average. NASA’s records date back to 1880, and until October the largest rise was 0.97C in January 2007.

The temperature spike in October and November comes after the World Meteorological Organization (WMO) warned that 2015 was likely to be the warmest year on record. It is also a stark reminder of the task ahead: the recent pact signed in Paris by 196 countries agrees to keep global warming at “well below 2C” above pre-industrial levels and to “pursue efforts” to limit it to 1.5C.

The Japan Meteorological Agency also found average land and sea-surface temperatures last month were the warmest on record, based on the period from 1981 to 2010. 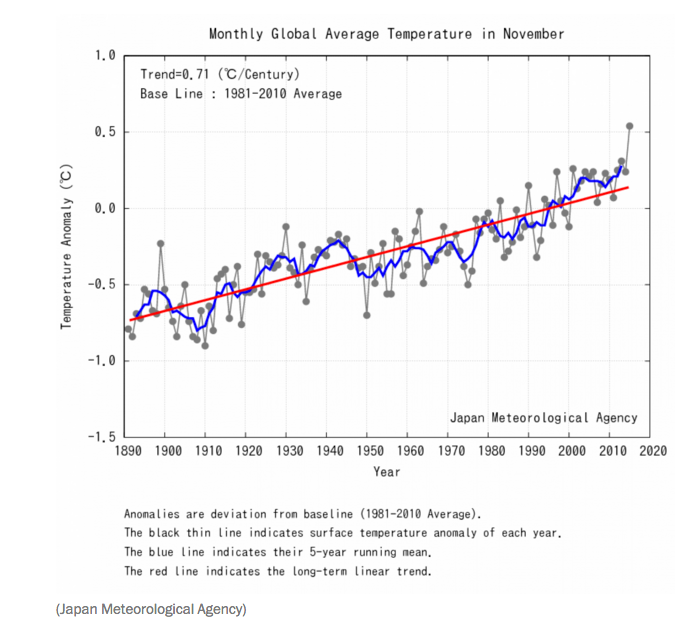 Meanwhile, the latest National Oceanic and Atmospheric Administration (NOAA) report on the state of the Arctic showed the region experienced record air temperatures, and its peak ice cover reached new lows in 2015. 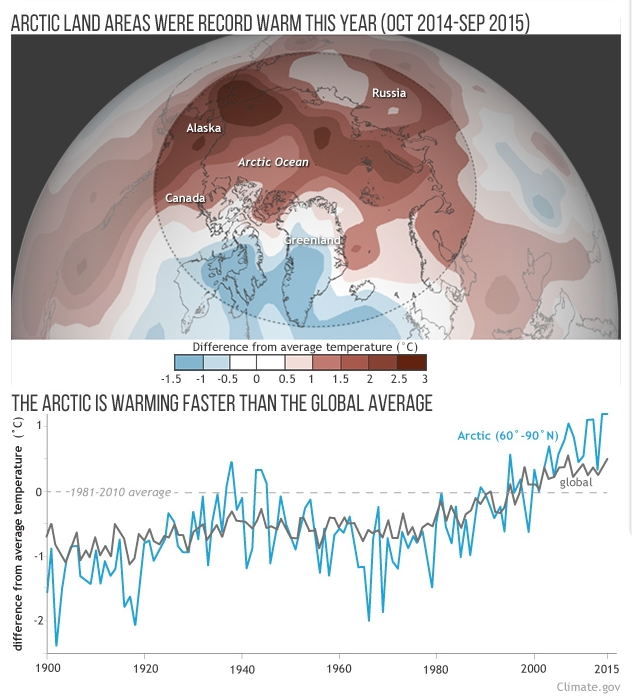 In some areas, temperatures were 3C above the long-term average and 70% of the ice pack in March was made of first-year ice, which is more vulnerable to melting. The amount of new, thinner ice has doubled since the 1980s – just 3% was older than four years.

El Nino is believed to be behind much of the record warmth in November, and 2015 overall. The latest cycle of Pacific warming began earlier this year, and is already being felt in parts of Africa, Asia and Latin America. Temperatures in the Pacific region have been running as much as 4C above normal. 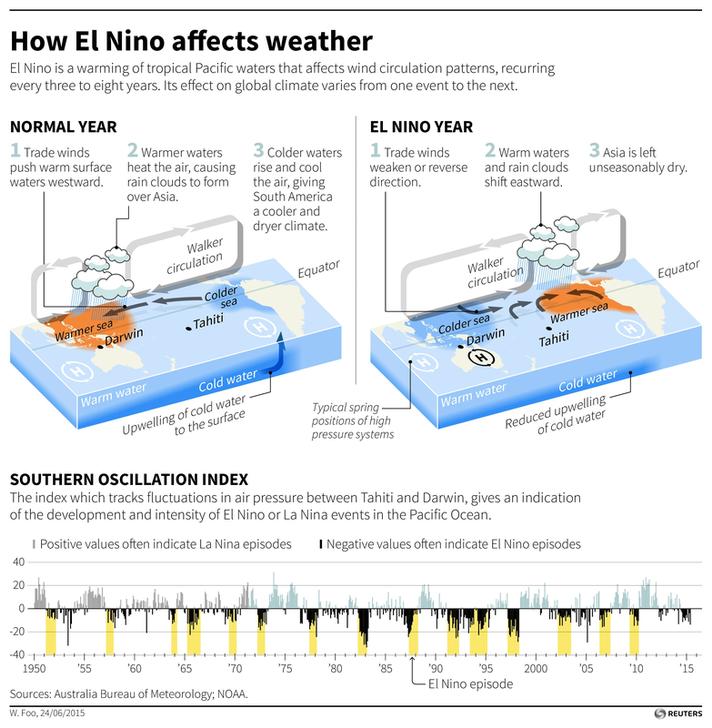 Have you read?
These countries are best prepared for climate change
COP21: What have the major economies pledged to cut?
15 quotes on climate change by world leaders

Image: Splinters of ice peel off from one of the sides of the Perito Moreno glacier. REUTERS/Andres Forza

Knowing demand for food will only rise, we need more collaboration to find ways to produce more healthy, nutritious food with a smaller carbon footprint.