What are Europe’s twin growth challenges?

As economic recovery finally begins to take hold in Europe, the imperative for policymakers is to ensure that growth can be sustained far into the future. Fiscal and monetary stimulus may have been appropriate at the peak of the crisis, but they will do little to address the biggest threat to the continent’s long-term prospects: a toxic twosome of weak demographics and low investment.

Even assuming a steady inflow of immigrants, the combined workforces of the 28 European Union countries are projected to shrink by 12-16 million people over the next 15 years, according to the OECD and the European Commission. A sharper rise in the number of newcomers could help ameliorate the situation; but higher immigration is not, on its own, an adequate solution to the EU economy’s long-term problems.

Europe’s only hope for sustained growth is to boost productivity, so that it can derive more value from its shrinking workforce. The trouble is that it has been many years since the continent last saw significant productivity gains. In Western Europe, growth in labor productivity (output per hour worked) has been decelerating for decades. In the 1960s, labor productivity grew at a robust 4% annual rate, before slowing to 2% in the 1980s and dropping below 1% around the turn of the century. Today it crawls forward at about 0.5% a year. Meanwhile, total factor productivity, which takes into account technological innovation, has been stagnant. 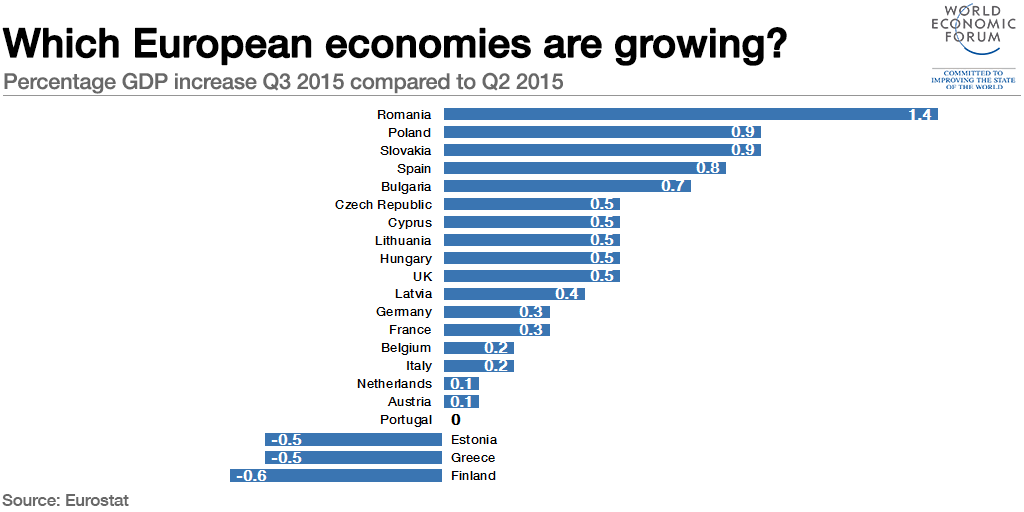 The EU desperately needs economic growth to enable its member states to sustain their social security and welfare systems as their societies get older – a challenge that other regions and countries are facing as well. But few confront Europe’s twin obstacles of anemic productivity growth and demographic decline. China, for example, is facing a similar demographic challenge, as its labor force shrinks and the number of retirees rises rapidly. But China’s labor productivity has been growing by 9% a year, on average, over the last decade.

The decline in productivity growth in the EU is surprising, given the rapid onset of digitalization – often described as the industrial revolution of the twenty-first century. In fact, part of the perceived slowdown can be attributed to measurement issues: In Europe, as well as the United States, the technological changes being wrought by smartphones and the Internet simply are not showing up in the productivity data.

Statisticians struggle, for example, to account for how consumers are benefiting from the increased quality and speed of delivery that often results from digitalization. Furthermore, in the digital age, many services are being provided free of charge, which means they are not being counted as consumption at all.

Another factor that may be contributing to flat productivity is that many corporations run traditional physical business models parallel to new digital ones. Adding high-tech systems to traditional processes can temporarily increase costs and thus depress productivity, especially if the new and old businesses are not well connected. These issues should diminish with time; as that happens, part of the productivity lull should disappear.

But not all of the slowdown in productivity growth can be attributed to the cumbersome transition to a new technological era. Even as the economy has started to recover, investment in Europe remains well below its level in 2008. Long-term economic health will depend, in large part, on whether investment recovers and by how much.

And there are reasons for pessimism. Weak investment activity partly reflects a gloomy view of the European market. If workforces are stagnating or shrinking and growth is subdued, why spend on boosting output? Simply put, Europe’s problems have become intertwined. The continent needs productivity-enhancing investment in order to compensate for its shrinking workforce; but its demographic weakness is causing companies to hold back.

Fortunately, there is much that can be done. A renewed push to integrate European markets for services, digital goods, capital markets, and energy would remove barriers to business and bring new incentives to invest. The Transatlantic Trade and Investment Partnership that the EU is currently negotiating with the US would also create a larger market, with less burdensome regulation and more competition.

On a national level, reform drives like those carried out in Ireland, Portugal, and Spain could improve business conditions and competitiveness across the continent. Finally, all European countries could redouble their efforts to educate and train their residents for the digital era.

Policymakers must not rest on the optimistic assumption that Europe’s economy will recover on its own. Rather, they should pursue policies that support investment, encourage innovation, and promote the development of skills. As workers and companies struggle to compete in a rapidly changing – and increasingly winner-take-all – global economy, the need for policies that will ensure long-term growth could not be more urgent.

Image: The Euro currency sign is seen next to the European Central Bank (ECB) headquarters in Frankfurt. REUTERS/Lisi Niesner.