Which country’s tourists spend the most money?

Of the world’s international travellers, Chinese tourists spent the most money abroad last year, according to the United Nations World Tourism Organization. They spent a record $165 billion abroad in 2014, an increase of 27% since 2013, putting them well ahead of countries such as the US and Germany. 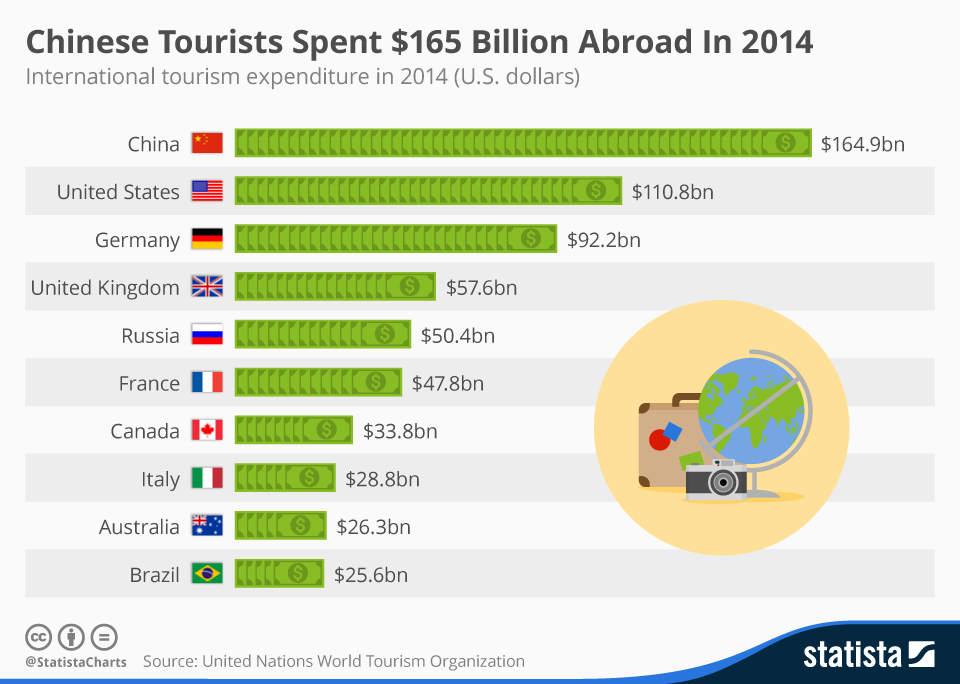 While less than 6% of China’s population holds a passport, the number of Chinese citizens taking trips abroad is growing. According to the World Tourism Organization, this is in part down to an increase in disposable income, and appreciating currency, and an easing of restrictions on foreign travel.

While Chinese tourists may be the biggest spenders overseas – accounting for 13% of global tourism receipts – inbound tourism is struggling, with numbers dropping in 2014. Some have put this down to pollution issues, the fact that the country is becoming more expensive for visitors, and a complex visa process.

Have you read?
The top 10 most tourism-ready economies
How emerging market growth is changing tourism
Which economies prioritize travel and tourism most?