Have humans pushed the world into a new geological age?

Have we entered a new geological age? If research published in the journal Science is to be believed, yes.

According to the international panel of scientists charged with defining the Anthropocene Epoch – the name being given to this new geological age – our impact on the planet should now be considered distinctive enough to represent a new age. The secretary of the working group, Colin Waters, said he believes the majority of the group “now agree that we are living in an interval we should call the Anthropocene”.

Epochs form part of the official time scheme used to describe the history of our planet – all 4.6 billion years. They are designated by the International Commission of Stratigraphy, the body responsible for setting the global standards for Earth’s history. 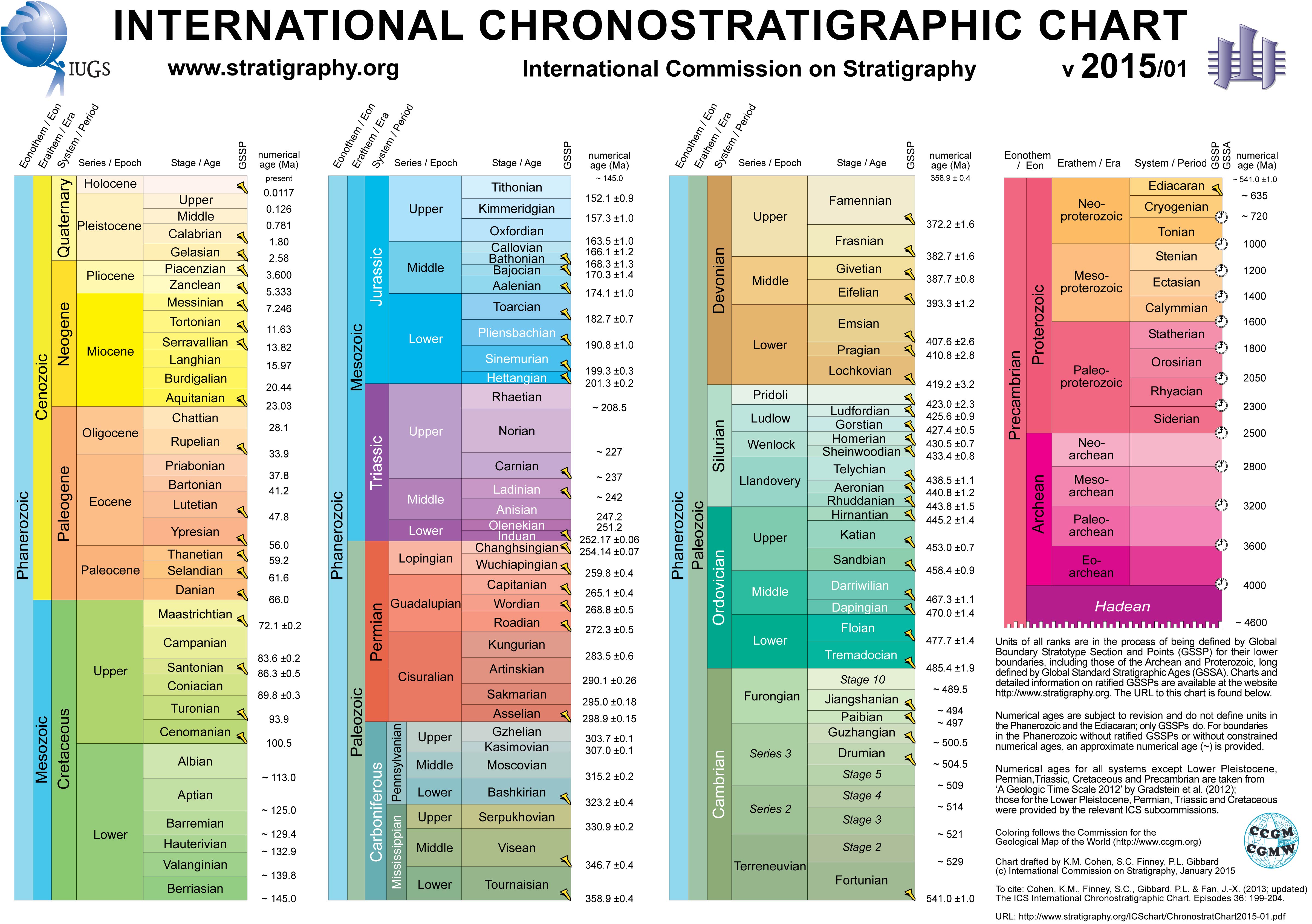 Many of the names will be familiar to us from our school days, with the above chart a staple of geography textbooks. The new epoch, if accepted, would sit above the Holocene in the top left of the diagram.

The Anthropocene Working Group’s update argues that the extent of our impact on Earth is now sufficient enough to separate us from the current Holocene Epoch. The Holocene began at the end of the last ice age, but could now be at an end.

The fundamental argument is that our impact will be seen in sediment and rock millions of years from now. Experts on the panel have suggested a start date of the 1950s for the new epoch. This date marks the start of the “Great Acceleration” – when our population and consumption suddenly sped up.

It is also the time of the start of our use of nuclear weapons and the spread of “techno materials”, from aluminium to plastics. The radioactivity of nuclear weapon tests will be visible for millennia, for anyone looking at soil and rock samples. 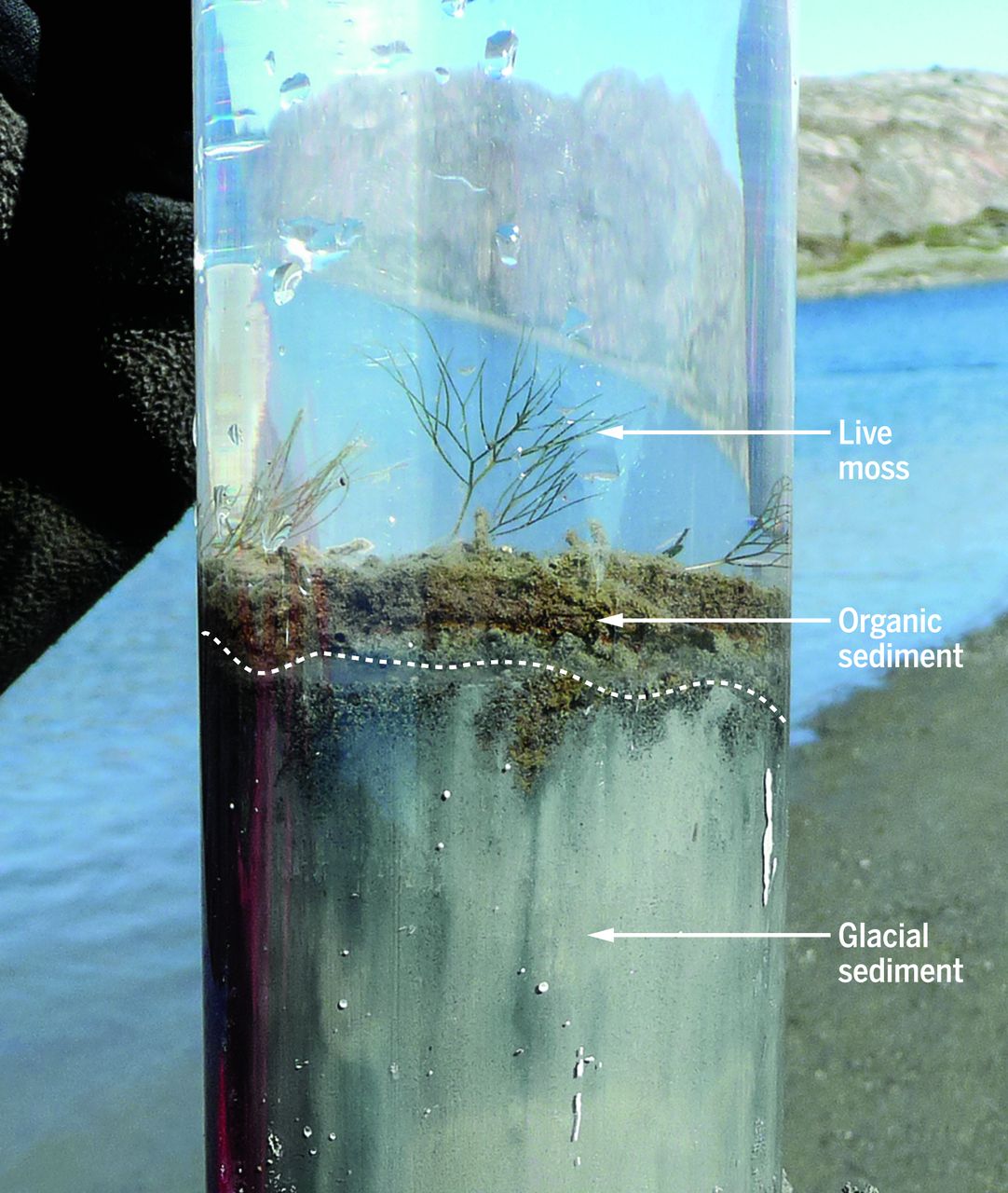 This lake sediment core is from west Greenland, and the group believe it to differ markedly from those typical of the Holocene Epoch.

However, it could take several years for the new epoch to be confirmed. Scientists have to collect samples like the one above from around the world. These sample boreholes will need to contain evidence of human impact, such as markers of pollution. This could include soot from the burning of fossil fuels, metals or pesticides – all found at unprecedented levels in samples already gathered. They would need to be found on a global scale for the new epoch to be recognized.

What does it mean for us?

As we wait for confirmation, textbooks won’t need updating quite yet.

But as journalist Gaia Vince – author of Adventures in the Anthropocene – highlights: “There is a conceptual difficulty in appreciating that in just a human lifetime, our species (which has itself only existed in the briefest time) has profoundly changed this billions-years-old planet.”

In other words, despite humans having only been here a very short time, we have created significant environmental change – change that will be obvious for millions of years.

Certainly something to think about.

Have you read?
How carbon dioxide is changing marine ecosystems
Do humans cause more environmental damage than a nuclear disaster?

Population and economic growth are straining Texas' water supplies to the limit. How will the state find an extra 10 trillion litres of water a year by 2070?

36 million urban trees die each year in the United States. Reforestation hubs can save trees from landfill and repurpose them for furniture or flooring.

How to get private capital to protect nature – without greenwashing

There is definitely water on the moon, according to NASA. Here's what this means

As Canada bans bags and more, this is what’s happening with single-use plastics around the world