5 steps to save Africa from climate change

All countries stand to lose if we fail to reach a deal in Paris that restricts global warming to 2˚C. But African countries will lose the most – because they are the most vulnerable.

Global warming has exacerbated the climate risk that Africa has long faced because of its high levels of background poverty, its farmers’ dependence on rainfall, its weak infrastructure and its lack of social welfare “safety nets”.

Climate justice and basic human solidarity demand international cooperation to contain these risks. Africa has done little to cause global warming – its greenhouse gas emissions are only 4% of the world’s total. But it is already facing the worst effects of climate change.

Viewed from a different perspective, climate change provides African governments with an added incentive to put in place policies that are long overdue – and to demonstrate leadership on the international stage. This is already happening: countries such as Ethiopia, Kenya and Rwanda have already developed climate-resilient strategies to reduce poverty, raise productivity and cut emissions.

Climate change demands that we rethink the relationship between energy and development. This is crucial in sub-Saharan Africa, where 621 million people lack access to electricity. The carbon-intensive energy systems that drive our economies have set us on a collision course with our planetary boundaries. Now we have an opportunity in Africa to avoid that collision.

For Africa, two priorities stand out at the Paris climate summit. First, it is crucial to forge an ambitious deal that delivers on the commitment to keep global warming below 2˚C. Second, the climate agreement must meet Africa’s needs for global finance and support to respond to the climate challenge. 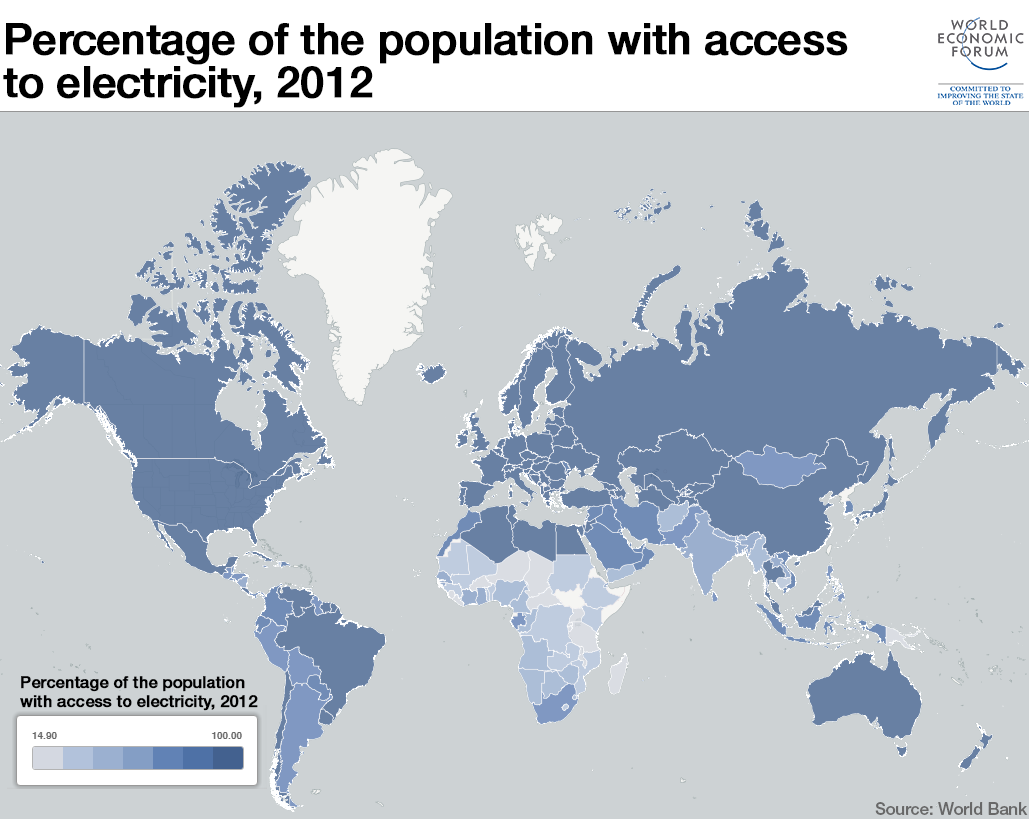 Phase out fossil fuel subsidies
Many rich countries say they want a climate deal. But at the same time they spend billions of dollars of taxpayers’ money subsidising the discovery of new coal, oil and gas reserves. These governments should be pricing carbon out of the market through taxation, not subsiding a climate catastrophe. G20 countries should set a timetable for phasing out fossil fuel subsidies, with a ban on exploration and production subsidies by 2018.

Clean up climate finance
Africa is poorly served by a climate finance system with as many as 50 funds operating under a fragmented patchwork of mechanisms that does little to bring in private investment. Funding for adaptation must be increased and consolidated. Facilities for financing mitigation and supporting low-carbon development – notably the Clean Technology Fund and the Scaling Up Renewable Energy in Low Income Countries Programme – should be restructured to be more responsive to Africa’s needs and opportunities.

Drive Africa’s low-carbon energy transition
African governments, investors, and international financial institutions must significantly scale up investment in energy – especially renewable energy – to unlock Africa’s potential as a global low-carbon superpower. A ten-fold increase in power generation is required to provide all Africans with access to electricity by 2030. This would reduce poverty and inequality, boost growth, and provide the climate leadership that is sorely missing at the international level. Africa’s innovative ‘energy entrepreneurs’ are already seizing the investment opportunities across the continent.

Leave no-one behind
Africa’s energy systems are inefficient and unjust. They provide subsidized electricity for the wealthy, unreliable power supplies for firms and very little for the poor. Governments should act to achieve universal access to energy by 2030, which means providing access for an additional 645 million people through connections to the grid or decentralized mini-grid or off-grid provision. Every government should map the populations that lack access and identify the most effective routes for delivery. Better and more accessible energy can also power up Africa’s agriculture. Governments should work with the private sector to develop the innovative business models needed to deliver affordable energy to people who live on incomes of less than $2.50 a day – a market opportunity worth $10 billion a year.

Adopt new models of planned urbanization
As the world’s most rapidly urbanizing region, Africa has opportunities to develop more compact, less polluted cities, alongside safer and more efficient public transport. Economies of scale and rising urban incomes have the potential to expand opportunities for providing renewable energy and achieving universal access to basic services. Linking African cities to the growing range of global city networks, including the “C40” group of cities, could unlock new opportunities for exchanging knowledge, building capacity and providing finance. Governments, multilateral agencies and aid donors should work together to strengthen the creditworthiness of cities, while developing innovative partnerships for clean energy.

As Kofi Annan, chair of the Africa Progress Panel states, “Countries like Ethiopia, Kenya, Rwanda and South Africa are emerging as front-runners in the global transition to low carbon energy. Africa is well positioned to expand the power generation needed to drive growth, deliver energy for all and play a leadership role in the crucial climate change negotiations.”

The COP21 summit in Paris provides a platform for raising the global ambition, setting a course that avoids climate disaster and showcasing Africa’s pathway for a future powered by inclusive low-carbon energy.

This commentary was first published in the Huffington Post.

Image: A windmill pumps water from a borehole near Graaf Reinet in the Karoo October 11, 2013. REUTERS/Mike Hutchings