How do we tackle globalized crime 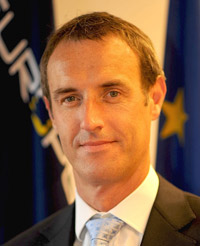 Organised Crime epitomises the issues that the World Economic Forum seeks to address. It is a multi-faceted and constantly evolving threat, which harms individuals, businesses and governments alike. There is no simple way to describe, let alone solve, the problems created by organised crime, which cannot be tackled by any nation or organisation alone.

Very early on in our deliberations, as a Council we realised that any attempt to encompass all aspects of organised crime would only scratch the surface. After surveying the main threats in different regions, we agreed on two themes which seemed global in scope and particularly important as facilitators of organised crime. Our two themes were cybercrime and money laundering in real estate.

While these two issues do not bear a strong resemblance to each other, together they represent the complexity of organised crime today, and the ways in which it has moved away from the highly structured, single commodity-based crime groups familiar to us from Hollywood and pulp literature. Both issues also provide examples of the ways in which legitimate businesses can – unwittingly or otherwise – become enablers of organised crime activity.

The Global Agenda Council on Organised Crime brings together a wealth of experience and expertise from law enforcement, private business and academia. One thing I took from our group’s discussions was the strong consensus that each sector’s perspective was insufficiently informed by the experience of the other sectors. This made our work all the more instructive and I hope that the end of term report reflects the rich intermingling of our respective disciplines. Most of all I hope it will be read widely and will serve to raise awareness of the great threat posed by organised crime today.

For the 2011-2012 term, I have handed over the chairmanship of the Council to Professor Ernesto Savona. Under his leadership we will continue to examine the themes of cybercrime and money laundering, while extending our work to a third enabler of organised crime activity: the misuse of free trade zones. I am confident that we will gain further insights and develop some more specific recommendations for industry and government.

The place of organised crime on any list of major international challenges in the 21st century should no longer be in doubt.

* Rob Wainwright, Chair of the Council on Organised Crime, Director of Europol