What if we lost the use of antibiotics?

Otto Cars, Professor of Infectious Diseases at Uppsala University, warns that the days of curing pneumonia and carrying out organ transplants will be over unless we tackle antibiotic resistance. The interview is part of the Risk Response Network’s “What if?” series.

Why is this something that worries you?
When Alexander Fleming was awarded the Nobel Prize for discovering penicillin in 1945, in his acceptance speech he warned that the misuse of this medicine would lead to the development of bacterial resistance. Researchers have always known that if you use antibiotics, bacteria will inevitably mutate to become more resistant: the ones that survive the treatment to reproduce are the strongest. This is a natural Darwinian process. However, we have been so complacent and naïve about this issue it’s scary. At least half of the antibiotics taken today, and probably more, are totally unnecessary, which is a massive driver of resistance. We have fooled ourselves thinking that there will always be a new antibiotic around the corner, so that when you wear out an old one, you can move onto the next. This is simply no longer the case. The new drugs are not there anymore. We’re at the dawn of a post-antibiotic age.

What signs have you already seen that indicate antibiotic resistance is a serious threat?
In the European Union, statistics indicate that 25,000 people a year die from infections with bacteria that we cannot treat, which is on a similar magnitude to road accident deaths. In reality, though, this is likely to be a severe underestimate. We just do not have the data on the scale needed, which is part of the problem. Without good data, there is no awareness, without awareness, there is no policy.

We may not have the figures, but there are plenty of alarming snapshots of what is going on: in Spain, an Intensive Care Unit had to be closed down and completely rebuilt after an outbreak of a multi-drug-resistant bacteria. In a Tanzanian study, one third of children with blood stream infections died, with antibiotic resistance cited as a significant factor. Here in Sweden, people have to be hospitalized for urinary tract infections, because the antibiotics no longer work.

Another worrying sign is that doctors now have to prescribe cocktails of two, three or four different antibiotics in a daily dose, which in turn drives resistance even further. In fact, in some parts of the world, we are already seeing bacteria resistant to all but one antibiotic. The bacterium causing gonorrhea now has to be treated with injectable antibiotics, and the US Centers for Disease Control recently changed their guidelines to recommend a combination of antibiotics to be used to try and slow resistance to this last-resort drug.

How would the situation then unfold?
We would see the rise of totally untreatable infections, with powerless doctors falling back on basic supportive care. People would be much more likely to die from a whole range of infections, whether in wounds, in the skeleton following surgery, in urine or in the blood, or pneumonia. Organ and bone marrow transplants would be impossible because of the infection risk. People who survived car accidents could die from deep-wound infections. The sort of routine surgery we now take for granted, whether a hip replacement or having your tonsils removed, could become ethically unviable. Tuberculosis could be resurgent in multi-resistant strains.

The effects would ripple out through society and the economy. We’re talking about longer hospital stays, more nurses needed, more samples sent to the labs, wards being closed, more sick leave, children staying home from school. As things stand now, a United States study has shown that a patient who catches the resistant bug MRSA or MSSA in hospital costs on average an extra US$ 21-25,000 dollars to treat. You can imagine how much strain a total loss of antibiotics would put on public health systems which are already over-burdened.

Who would be most affected?
This is a global problem, but inevitably the consequences would be much more severe in developing countries which have weaker healthcare and sanitation systems. In terms of patients, the most vulnerable would be those who already have depressed immune systems, for example newborn and premature babies, as well as people undergoing treatment for cancer. However, everyone will be affected, because when we do get new effective antibiotics we will have to be so careful of them that we may need to ration them, or save them for very serious, life-threatening conditions. This will imply difficult ethical dilemmas.

How do antibiotics work in the first place?
Antibiotics are small molecules which first enter into a bacteria cell and go to one of several targets. Most antibiotics either hit the machinery that produces the cell wall, so that it falls apart, or they attack the synthesis of proteins in the cell or the DNA so that it cannot reproduce.

What is causing the rise in resistance?
Wildly inappropriate use. Antibiotics are seen as a remedy for everything, from colds to diarrhoea. The problem lies both with doctors who give them to patients who do not need them, and patients who demand prescriptions, often going to another doctor if the first one doesn’t give in. Another big area of concern is antibiotics being given in low doses to farm animals, in their feed, as growth promoters, which can cover up for poor rearing conditions. This practice, which contributes to the spread of antibiotic resistance in the food chain, has been illegal in the EU since 2006, but is still very much in use in the United States and many other countries. Another major factor is the global pandemic spread of resistant bacterial strains, facilitated by global travel and trade.

Why haven’t we come up with new drugs that work?
The science is extremely challenging: we need to find antibiotics that hit new targets in the bacterial cells, or that affect known targets in different ways. Academia does not have the money to fund the research and the expensive, time-consuming, animal then human trials needed, while the incentives aren’t strong enough in the market-based pharmaceutical industry. It is more profitable for companies to focus on blockbuster drugs for chronic illnesses like diabetes, rather than antibiotics, which are prescribed in short courses. Ten years ago there were 15 big pharma companies carrying out research in this area, now there are only three or four. Most of them have made costly mistakes and then given up.

What can be done?
First, we need better basic hygiene in hospitals to stop the spread. Second, we need to minimize the unnecessary and irrational use of antibiotics. Third, and most urgently, we need to pull all our scattered resources together into understanding the problem and discovering new solutions for the treatment of infections caused by resistant bacteria. This will entail collaboration between academics and pharma companies. We cannot accept a situation where scientists are duplicating work, keeping secrets, worrying about Intellectual Property and not learning from one another’s mistakes – this is just too scary. We need open-source projects of the kind that bring together the public and private sector, like the recent Drugs for Neglected Diseases Initiative.

We also need to minimize the risk of the rapid development of resistance to new and urgently needed antibiotics. Existing antibiotics are far too widely administered and in many countries available without prescription. This has driven resistance to an all-time high. The medical profession, as well as many policy-makers, are becoming aware of the need to control the distribution and use of any new future antibiotic as tightly as possible to prevent rapid resistance development. This would necessitate a shift away from the uncontrolled sales and aggressive marketing of a new antibiotic by the pharma industry, and they would need to develop other ways to get a return on their R&D investments.

If we fail, the 70 years or so when we were lucky enough to have antibiotics will look like a golden age. 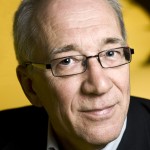 Otto Cars is Chairman of the international organization ReAct, Action on Antibiotic Resistance, Professor of Infectious Diseases at Uppsala University in Sweden, and a member of the World Economic Forum’s Risk Response Network.