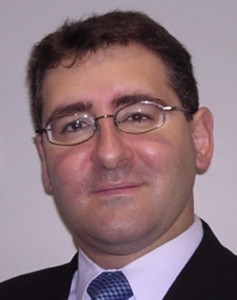 Fadi Farra is Adviser to the Prime Minister of Kazakhstan, Adjunct Lecturer in Public Policy at the Harvard Kennedy School of Government and HEC Paris, and Chair of the Global Agenda Council on Advanced Manufacturing.

Manufacturing has the highest economic multiplier effect of all sectors. It not only provides gainful employment, but also brings about capabilities for capital accumulation and innovation. Still, the share of GDP accounted for by the manufacturing sector in most developed economies has declined over the last several decades.

For instance, the contribution of manufacturing activities to the US national GDP stayed at a level of 20-25% from 1945 through the middle 1990s and then declined in the last two decades to the current level of 13%. Such a trend was experienced across other developed countries. At the global level, this share dropped from about 27% in 1970 to 17% in 2010.

Given this challenge, the World Economic Forum’s Global Agenda Council on Advanced Manufacturing hopes to answer a number of questions at the Summit on the Global Agenda in Dubai. What should be the role of the state in supporting manufacturing? What is the most relevant and effective unit of analysis – regional, national or global policies? What is the arbitrage between productivity and employment and between national manufacturing and outsourcing? How can we effectively reconcile the interests of the private and public sectors and society?

To move this issue forward, the Council has identified four scenarios to address advanced manufacturing:

To address those challenges, the Council has started to develop a framework of analysis which it will continue elaborating in Dubai to identify the most relevant policy responses to the industry.